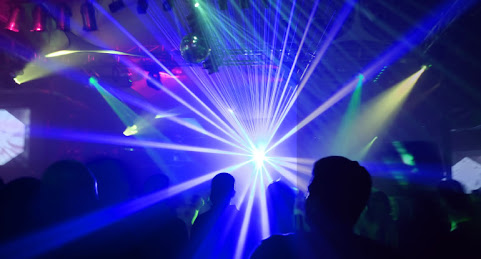 KANSAS CITY, Mo. — A Jackson County judge has found a former security guard guilty of second-degree murder in the deadly shooting of 45-year-old Kevin Thomas outside the Yum Yum Bar and Grill on Kansas City’s Eastside.

The judge found 24-year-old Markell Pinkins guilty of second-degree murder Wednesday, according to Jackson County prosecutors. A sentencing hearing is scheduled for Oct. 20.

How embarrassing... being 45 and getting greased outside a bar called Yum Yum in KCMO... It’s interesting how the little choices we make can put us on a trajectory for food or bad. Embrace the Grind All..

And Bandit Darville is next to comment, no doubt

The rule of law doesn't exist in this jurisdiction and the Feds don't help on local charges being applied for Americans.

When only Democrats remain, they can have their 1980s dystopia.

Until Americans totally leave, the Democrats will keep targeting you.

Sell now when you can get good money. Suck in all the Democrats, so we can seal them off.

They should tack on extra time to his sentence for working at a place named Yum Yum.

Yum Yum.. is that the replacement for BUDDIES ? Asking for a Twinkie.

It's not cops you need to worry about. Its armed security guards. A significant percentage of them are mentally ill, unbelievably stupid and have judgement filled with images of TV scenes of heroism. I have personal knowledge about this over many years. Be afraid, very afraid.