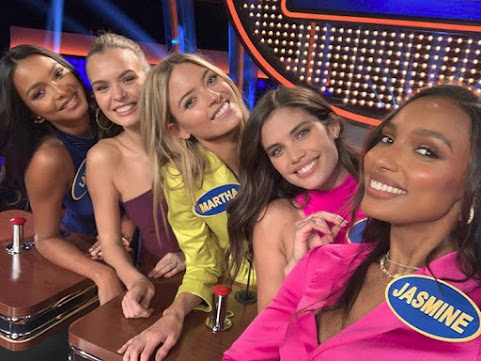 Nicole Leth's father died from suicide when she was only 17. Since then her life goal, she writes, "has been to give people a space to heal from the inside out." Leth started an affirmation project with a single billboard on a Kansas City highway, that eventually included more than 600 across the world.

SHAWNEE, KS (KCTV) -- Firefighters in Shawnee were working to extinguish a fire on Saturday afternoon at a duplex. The fire department was called to the area of W. 71st Terrace and Flint Drive just before 2 p.m. No injuries were reported and no one needed to be hospitalized.

KANSAS CITY, Mo. - Youth wrestlers from as many as 40 states are in Kansas City, Missouri, this weekend for the Rocky Mountain Nationals youth wrestling event. The competition runs from Friday until Sunday at the Hy-Vee Arena in the West Bottoms. A 41 Action News reporter observed those attending get security checked and have their temperatures taken before entering the arena.


'They got him': Former tenant shocked by TEH Realty exec's indictment

KANSAS CITY, Mo. - A former tenant of a now-indicted, alleged slumlord is speaking out about her time renting from TEH Realty. On Thursday, a federal grand jury indicted Michael Fein, co-owner of TEH Realty, on felony charges of wire and bank fraud. TEH Realty, which operates multiple low-income housing complexes in Kansas City and [...]

President Trump on Saturday accused the "deep state" at the Food and Drug Administration of "making it very difficult" for drug companies to test coronavirus treatments -- and suggested the agency is trying to delay them until after Election Day.


Biden to ABC's David Muir: 'I would shut [country] down' to prevent spread of COVID-19 if scientists recommended

Biden, Harris' first joint interview airs Sunday at 8 p.m. ET on ABC Former Vice President Joe Biden said in an exclusive interview with ABC "World News Tonight" Anchor David Muir on Friday that as president, he would shut the country down to stop the spread of COVID-19 if the move was recommended to him by scientists.

In Defense Of Israel

Palestinian terrorists in the Gaza Strip fired a rocket at Israel on Friday evening that was intercepted by the Iron Dome defense system, the army said. There were no reports of injuries or damage. Rocket warning sirens wailed in southern Israel, sending thousands of Israelis running for bomb shelters as they sat at their Shabbat evening meals.

Three pop concerts are being staged on one day in Germany to enable scientists to investigate the risks of such mass indoor events during the pandemic. Some 4,000 healthy volunteers aged between 18 and 50 were urged to sign up for Saturday's study in Leipzig, carried out by Halle University.


Salvador Perez to the Injured List with vision problems

Salvador Perez has been placed on the Injured List with "lingering effects of blurred vision" and the team has activated left-handed reliever Randy Rosario. According to Alec Lewis, Perez has been suffering from "left eye central serous chorioretinopathy", a condition in which fluid accumulates under the retina.

by: CNN Wire Posted: / Updated: Well, 2020 keeps getting better all the time. Amid a pandemic, civil unrest, and a divisive US election season, we now have an asteroid zooming toward us. On the day before the presidential vote, no less. Yep.

The despicable dimwits will stop at nothing to keep the great President Trump from getting a second term!

Trump's just pissed because he and the "Pillow Guy" have invested a buttload of cash in the companies that make and distribute the Fish Tank Cleaner and the Flower Extract, and now the FDA won't let either of them be used as Covid-19 treatments just because they kill the people who take them.

What's that got to do with making a profit?
That's how Capitalism works!
MAGA!

The odds of getting hit by the asteroid (.04%) are the same odds of dying from Covid. YET, the same media that incites Covid panic, scoffs at the asteroid.

THE SKY IS LITERALLY FALLING! SHUT DOWN AMERICA! HIDE UNDER YOUR BED! SHOW YOUR STUPIDITY NOW!