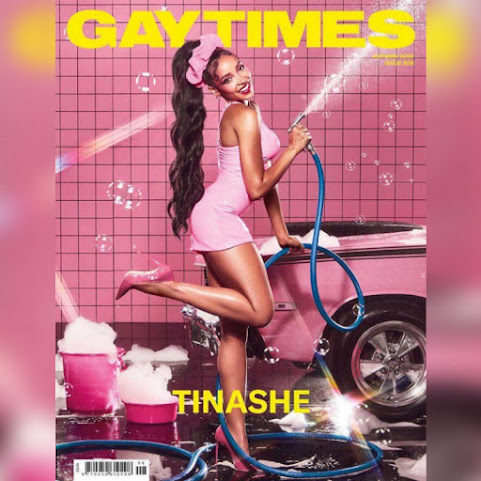 Back-to-school events are different in the middle of the coronavirus pandemic. Not only are many people out of jobs, but most school districts are starting the year virtually. That being the case, thousands of people picked up school supplies Saturday at Swope Park, while staying in their cars.

Progress In The Ozarks

BRANSON, Mo. (AP) - A city council in a southwest Missouri community recently appointed its first Black member amid division in the community. Julia King, 37, was sworn in on Tuesday after Branson Mayor Edd Akers and a panel of former and current elected officials unanimously selected King for the city's Board of Aldermen.

OLATHE, Kan. - A docuseries called "Love Fraud" premieres on Showtime this Sunday centered around Richard Scott Smith. Women tell stories of being beaten and bilked out of hundreds of thousands of dollars by the man who international headlines have labeled a conman and a bigamist. "He is not stupid.

All Hands on Deck, because Tinashe is GAY TIMES Magazine's new cover star. The American singer-songwriter, dancer and actress has received widespread critical acclaim over the past year for her fourth studio album, Songs For You - her first project since her departure from RCA Records in February 2019.


MLB fans' reaction to Jacob Blake boycotts says it all

As always, follow the money! Forgive my insensitivity, but what happened Thursday night at Citi Field was easier done than said because it was a matter of money. In this case, not much of it was at stake.

Fifty-seven years after Martin Luther King Jr. spoke at the 1963 March on Washington, thousands of protesters for racial justice again gathered on the National Mall in Washington, DC. It wasan emotional day of protesting against police violence, the culmination of a summer of nationwide protests in the wake of George Floyd's death.


Berlin police break up "anti-coronavirus" protest after 18,000 gather with no masks or social distancing

A massive protest Saturday in Berlin against Germany's coronavirus restrictions was shut down just hours after it began because the majority of attendees were not wearing face masks or socially distancing as is required. Berlin police estimate that 18,000 people were in attendance.


At last, the Tour de Bier has come along!

Tour de Bier rolls on from August 15-September 15 The Tour de Bier is BikeWalkKC's premier fundraiser, and has been since that first matching grant 9 years ago. Riders support our programs with their ticket purchases and the friends we've made have become committed volunteers, sponsors, members, and even employees.

by: CNN Wire Posted: / Updated: It can be a little lonely when you are the only endangered rockhopper penguin being cared for at a zoo in all of Australasia. "Pierre" made a daring journey from islands in the Indian or South Atlantic Ocean and was found washed ashore in southwest Australia, according to Perth Zoo.

The success of the Royals offense will get most of the digital ink after this one and rightly so. But there are a couple other things worth talking about from this one, too. First let's talk about the not-so-fun thing.

This clean up makes me feel dirty.

rioting and looting are effective.

The COPS "He has a knife " said the eyewitness. And damned if his hands were next to one as his lay shot on the ground. Weird how that shit works. He deserved what he got.