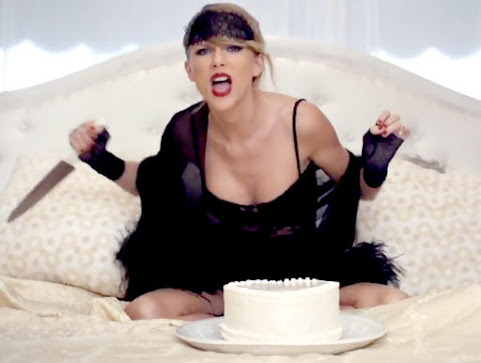 Busy with the blog behind the scenes today . . . Nevertheless, inspired by hottie Taylor and her recent progressive political fierceness, for close readers we want to provide a bit of catch-up and our share of favorite headlines from pop culture, community news & more . . .

KANSAS CITY, Mo. - Police have shared new information in the case of a maintenance worker stabbed to death at the apartment complex where he lived and worked two weeks ago. According to police, officers were called just after 8 a.m. July 31 to Gotham Apartments on Linwood Boulevard for a disturbance in front of [...]

Three of the busiest hospital systems in the Kansas City area are seeing slight improvement this week after each experienced record highs of COVID-19 hospitalizations over the last three weeks.Representatives from the University of Kansas Health System, Saint Luke's Health System and Truman Medical Centers are urging caution from the

Newsweek has apologized for an op-ed that questioned the California senator Kamala Harris' American citizenship and her eligibility to be Joe Biden's running mate, a false and racist conspiracy theory which Donald Trump has not dismissed. "This op-ed is being used by some as a tool to perpetuate racism and xenophobia.

The Trump campaign will launch a four-day advertising blitz across some of the nation's most visited digital platforms during the Democratic National Convention next week. The DNC, which kicks off Monday, will be a four-day event with dozens of top Democrats giving speeches and voicing their support for the Democratic presidential candidate, Joe Biden.

Taylor Swift urged her fans and followers to request their absentee ballots and "vote early" "Trump's calculated dismantling of USPS proves one thing clearly: He is WELL AWARE that we do not want him as our president," the 30-year-old singer wrote Saturday.

The first game did not go according to plan. The original idea was to allow Ian Kennedy to open and then to have Jakob Junis act as bulk man. Unfortunately, when Junis went to warm up he developed tightness in his lower back and was ruled out of the game.

Taylor Swift can lick my taint.

Taylor Swift solidified my decision to vote for Trump.

Who cares what Taylor Swift thinks.