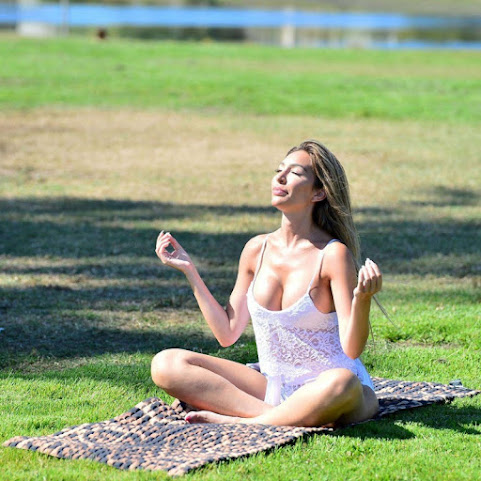 Right now we contemplate the enduring hotness of Farrah as we educate and enlighten our blog community with this consideration of pop culture, community news and top headlines . . .

KANSAS CITY, Mo. - Businesses across Kansas City are adapting after Mayor Quinton Lucas extended the mask mandate until next year. Just like basically everyone, Made in Kansas City has had to roll with the punches in recent months. "We were closed for just over months, so for brick-and-mortar retail, it's a real gut-punch for [...]

Despite the best-friend bond Joe Biden touts with former President Obama, tensions have lingered between the two statesmen over their vastly different governing styles, according to a Politico report. To start, a number of anonymously sourced quotes from Obama leaked out throughout the 2020 Biden campaign where the former president allegedly expressed doubts about his former running mates' fitness for office.

Iran Away From Embargo

Earlier Friday, Pompeo said allowing the embargo to expire would be "just nuts." A bipartisan group of 387 members of Congress urged the Trump administration in May to extend the arms embargo. House Foreign Affairs Chair Eliot Engel said at the time that "Iran continues to be a danger to the United States, our interests, and our allies.

A federal appeals court on Friday struck down California's ban on large-capacity magazines (LCMs), labeling it a violation of the Second Amendment in a consequential 2-1 split decision ruling.

Former Secretary of State Hillary Clinton and her former chief of staff do not have to appear for a private deposition in a lawsuit about her use of a private email server for government work, a federal appeals court ruled Friday.

Gaining access to capital has been and still is a real problem for Black people wanting to run their own companies. Enter G.I.F.T. and its mission to provide grants to Black-owned businesses. Brandon Calloway, executive director, Generating Income for Tomorrow Chris Goode, founder, owner and CEO, Ruby Jean's Juicery

The only thing more popular than former mayor Sly James? It's Sly James The Cat (a.k.a. The Mayor of Catsas City), a bowtie wearing, 4-year-old calico that's become a sensation on Instagram. Seems Sly's (uh, the cat's) mom, Brandy Peed, adopted him in 2017 and started dressing him up shortly thereafter.

Travis Kelce had been here before. Well, not so much exactly here - on the first day of training camp, staring into a web cam rather than at the press in person. But rather, signing a long-term contract with the Kansas City Chiefs.

Actually the only person who gives a shit about that cat in Scott Parks boytoy,the shallow Michael Mackie.

^^Shut up house negro. Now prepare my bath or you’ll get the whip!

"This Kansas City Nonprofit Is Stepping In To Bolster Black-Owned Businesses" It's about time Kansas City tax payers stop bolstering these losing businesses. Let this racist organization flush their money down the drain.

I'm on board with Joe and the Hoe!

Turn your face towards the sun
Let the backdoor fall behind you
Close your eyes, just carry on
And James Deen will overwhelm you!!!