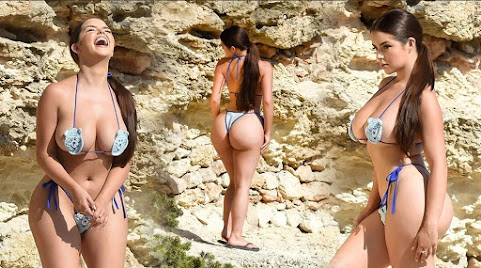 Once again hottie Demi inspires this peek at pop culture, community news and top headlines to start the work week for those lucky few who still have a real job.


Appliance and parts shortage felt by KC customers and shops

A nationwide appliance and parts shortage has retailers and repair shops scrambling to meet demand. Brian Pippen with Appliance Care Company in Belton, Missouri says he's had customers waiting for months for parts and for new appliances.

Reliable Street, on the northwest edge of Ames, runs parallel to the train tracks for two blocks. From the late 1800s to the mid-20th century, it was the main drag for the township of Ontario and in 1898, the Lockwood Grain and Coal Company began operating a flour mill and grain elevator on the north side of the street.

With Missourians under a stay-at-home order this spring as a coronavirus precaution, the Associated Industries of Missouri began surveying businesses to gauge how they were affected and gather suggestions for reopening the economy. The results went straight to Gov. Mike Parson's top staff, according to email records provided to The Associated Press under the state Sunshine Law.

Demi Rose is elevating every aspect of herself while taking her bathing suit to plunging territory. The 25-year-old model and social media sensation updated her Instagram over the weekend to snag a quarter of a million likes overnight - Demi, followed by 14.3 million, had dropped another of her legendary swimsuit snaps, but this one wasn't shouting out Fashion Nova.


Pelosi says she would accept the results if Trump wins reelection

House Speaker Nancy Pelosi on Sunday said "of course" she would accept November's election results as legitimate if President Donald Trump were to win reelection, but added that she and Democrats would not ignore Russian interference in the election.

President Trump will not just be delivering an address on the final night of this week's Republican National Convention to accept his nomination for the presidential election -- he will be appearing every night of the convention. Trump campaign senior adviser Jason Miller confirmed the reports during an appearance on NBC's "Meet the Press" on Sunday.

A WHITE supremacist who killed 51 people at two mosques in New Zealand was faced down in court by brave survivors of the horrific attack. Australian national Brenton Tarrant, 29, watched without emotion on Monday as relatives of his victims recounted the horror of the Christchurch mosque terror attack.

Facebook CEO Mark Zuckerberg warned President Donald Trump at a White House dinner last October that Chinese tech firms posed a direct threat to the U.S. business, according to a report from The Wall Street Journal that cites people claiming to be familiar with the matter.

There will be no more James Beard Award winners this year. The James Beard Foundation announced today that it will not present winners in the remaining categories at its upcoming Awards ceremony, scheduled for Fri., Sept. 25.

KANSAS CITY, Mo. - There's a new spot for those looking for a cool treat on a hot day. Frozen Gold opened Saturday following months of delays because of the coronavirus pandemic. "We put everything on pause, wait until we can make sure that we have our safety protocols correct and all our hygiene practices correct," Nate Lotz, director of operations at Frozen Gold said.


Hot and dry forecast for metro through Wednesday

Hide Transcript Show Transcript A NICE, LAST SUMMER WEEKEND TO ENJOY. KATIE: WE HAVE A WARM SUMMER WEEKEND IN PROGRESS. TODAY'S HIGH WILL BE 93 DEGREES. IT MAY FEEL LIKE IT IS 95. WE HOLD ONTO THIS HEAT THROUGH WEDNESDAY FOR SURE. BY THE WAY, THE HEAT INDEX FOR MONDAY AND TUESDAY COULD BE AS HIGH AS 98.

Sheryl Crow - Lonely Alone ft. Willie Nelson is the song of the day and this is the OPEN THREAD for right now . . .