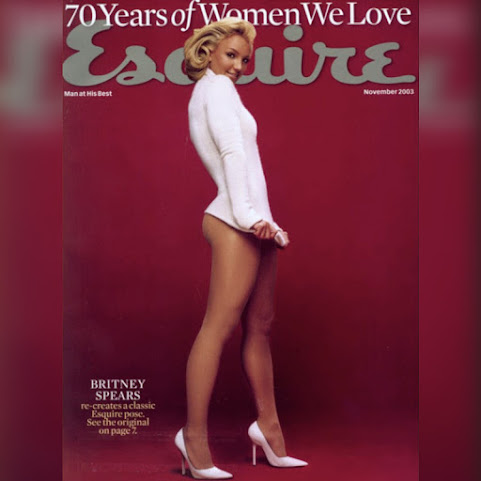 There's no point in trying to leave Britney alone and so the enduring diva inspires this quick peek at community news, pop culture and top headlines . . .


KCPS delivers daily meals to families across the metro

KANSAS CITY, Mo. - Families with children in Kansas City, Missouri, Public Schools are getting some help when it comes to meals. "They are always like I'm hungry, I'm hungry nonstop," said Magen Rector, who has three kids in KCPS.

SHAWNEE, Kan. - Kansas Wildlife, Parks and Tourism commissioners passed a regulation change that will allow hunters to use artificial light, night vision and thermal-imaging equipment when hunting coyotes at night beginning in 2021. The move comes despite the objections of the Kansas Sheriff's Association and Kansas Game Warden FOP Lodge 59.

KANSAS CITY, Mo. - The coronavirus pandemic is a stressful time for parents like Sarah McGinnity. 41 Action News first met McGinnity and her family in March when her church transitioned to online services due to the pandemic. The changes since have been a new adjustment for her children.

Britney Spears's sister Jamie Lynn Spears has been named trustee of her fortune and is seeking to move some of her assets, according to and the Los Angeles Times . Jamie Lynn was appointed trustee in 2018.

In their response to the third night of the Republican National Convention, Democrats slammed President Trump and the GOP for continuing to criticize the unrest and protests in cities across the country and tout the president's "law and order" agenda.


Christchurch gunman given life without parole

A New Zealand court has sentenced a man who shot dead 51 people at two mosques to life in prison without parole. Australian Brenton Tarrant, 29, pleaded guilty to the murder of 51 people, attempted murder of another 40 people and one charge of terrorism.

Kevin Mayer has quit TikTok just months after becoming chief executive of the Chinese video app accused by the Trump administration of threatening national security, according to a letter to employees seen by the Financial Times. Mr Mayer told employees at TikTok and ByteDance, which controls the app, of his decision to leave on Thursday, people briefed about the matter said.

The U.S. on Wednesday announced it blacklisted Chinese officials and business executives involved in the military buildup of the disputed South China Sea, further ratcheting up tensions in the region ahead of the November election -- the same day that Beijing reportedly fired missiles into the sea as a "warning" to the U.S.

Leaving Lights On For Ladies


KC skyline to light up in celebration of women's voting rights

Hide Transcript Show Transcript ITS LIGHTS READY FOR TONIGHT. PURPLE AND GOLD WOMEN'S SUFFRAGE COLORS A BOLD STATEMENT KANSAS CITY ICON BUT FOR ALL OF ITS WONDER GETTING UNION STATION READY TO SHOW OFF LIKE THIS IS HARD WORK THANKFULLY THE LIGHTING THERE RACHEL GROOMS IS HERE TO SHED SOME LIGHT ON THINGS AND THEN THIS GUY RIGHT HERE.


The heat and humidity continues for two more days

Two more days of the heat and humidity Cooler air a few rounds of rain and storms possible this weekend A series of fronts - one on Friday night and the other Sunday - will bring a chance for thunderstorms Temperatures will drop to the 70s early next week KANSAS CITY'S MOST ACCURATE FORECAST Thursday: A few clouds from the tropical system will try to move in, but the chance of rain is quite low.

Kill the coyotes and the return of the plague of black-tailed jackrabbits.

"In certain instances they can be detrimental to livestock.." Baloney. The coyotes eat all the rabbits that will eat all the grass for the livestock.

Regarding Jacob and George Floyd: What we have here isn't systematic racism by police but systematic arrest resistance by thugs.

When I took my personal injury case to Elle Woods, Esquire, she promised to sue the pants off the defendant!!!

well cops suck, so they have my vote.

Hopefully a few cops will buy it tonight in WI.