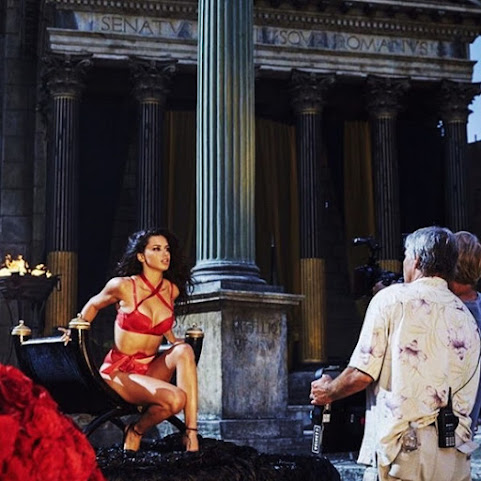 Editor's note: The Ewing Marion Kauffman Foundation is a financial sponsor of Startland News. This report was produced independently by Startland News' nonprofit newsroom. A new $100,000 fund is expected to help minority-owned Kansas City businesses - left out of initial rounds of COVID-19 relief - to build resiliency and come back stronger as the pandemic persists.

ROELAND PARK, Mo. - A metro woman is selling signs to show support for the 3-year-old who prosecutors said died at the hand of her dad and his girlfriend. Her death motivated a stranger to begin a movement in her memory. Tragic, depressing, disturbing - those are some of the words Erica McNease used to describe Olivia's death.

KANSAS CITY, Mo. - The University of Missouri System will make standardized test scores optional in admissions applications for the 2021-22 academic year. The temporary shift in policy is in response to the coronavirus pandemic, which has caused many testing dates to be delayed or canceled.

by: AP Wire Posted: / Updated: BELLE PLAINE, Kan. - Kansas counties that have mask mandates in place have seen a rapid drop in cases, while counties that only recommend their use have seen no decrease in cases, the state's top health official said Wednesday.

39-year-old Brazilian model Adriana Lima just blasted Instagram with the sultriest summer mood picture of hers, and Instagram is wondering what to do with all the heat. Best known for being the longest-running Victoria's Secret Angel, from 1991 to 2018, Lima is not slowing down and definitely not looking her age.

Facebook removed a post shared by President Trump on Wednesday for breaking its rules against spreading harmful misinformation about the coronavirus. The post on Trump's personal Facebook page included a clip from a Fox News interview from Wednesday morning, in which the president urged schools to reopen, falsely claiming that children are "almost immune from this disease."

We All Make Mistakes

The Washington Post sparked massive confusion Wednesday evening after erroneously reporting that President Trump was banned from tweeting because of a claim he made about the coronavirus. Both Facebook and Twitter were cracking down on clips that were shared from the president's interview on "Fox & Friends" earlier in the day, where he continued his push for schools to be reopened in the fall.

The southern Mexican state of Oaxaca has banned the sale of sugary drinks and high-calorie snack foods to children - a measure aimed at curbing obesity. The bill to reform the state's children and adolescents' rights law proposed fines and the possible closure of stores for selling soft drinks and sweets to children.


75 years after Hiroshima, they're still feeling its impact

Regular nosebleeds, three bouts with cancer and blinding cataracts. It's been 75 years since the U.S. dropped an atomic bomb on the Japanese city of Hiroshima - marking the end of World War II and the dawn of the nuclear age - but survivors like Masaaki Takano still live with the consequences.

The 2019 Family Fun Day was coming to a close, but the kids were not ready to leave just yet. Esther Kershaw remembers them trying to buy more time on the inflatable bounce house, despite their parents telling them it was time to go.

Hide Transcript Show Transcript TO WORRY ABOUT FLOODING. GRILLING IS A GOOD IDEA. 77 BY 6:00 P.M. DOWN ONE DEGREE AN HOUR. FINITE :00, 72. WE SET A RECORD FOR THE LOWE'S THIS MORNING, IN THE 50'S, BUT WITH THE WIND TURNING TO THE SOUTHEAST, WE ARE NOT FALLING MUCH TONIGHT, CERTAINLY NOT IN THE 50'S.


Looks like Mizzou and UMKC are desperate for enrollment.

Dropping ACT and SAT entrance requirements is not a good thing for higher education.

Students are now WOKE that it is not worth incurring $100,000 in student loan debt to have a Communist Professor preach about the marvels of Lenin and Stalin, the 5 Year Plan, and Marxism.


Has anyone heard of the new virus Dr demento and Bill Gates are pushing? They say it's just like polio. Funny how nurses across the county are saying the virus is way down but MSM says is way up. I guess they thought they could fool us longer than they thought. Well some anyway. The liberals still don't get what's going on.

Well, thankfully we have your insights to rely on.

Thanks for weighing in 8:25. I'm sure you read some stuff on the internet. Now back to your basement and don't forget your tin foil hat.

Maybe the rural counties did not have many cases to begin with and the drop in new cases in urban areas is due to the winding down of idiot commie protests? Correlation is not causation and there are a lot of factors that need to be accounted for and controlled before any conclusions can be drawn. But that is science and science is hard.

When Adriana declared a "clothing optional" policy, the men weren't complaining, but exhibited an obvious "sticking point" in her presence!!!

8:37 What a joy your life is not reading and understanding reality. In areas where mask wearing is mandated the virus is receding, in places where morons refuse to wear masks their grandparents and a whole bunch of others are dying, Unable to add 2+2 you gave up on that science stuff.

I find it hilarious! MU got their tail in a crack financially after carrot top Glick shot her mouth off and they had fake reports of racist vandalism and now the Chinese flu has bitten them square in the ass.Tried to give them sympathy but just ended up laughing uncontrollably. Serves em right.

MU's enrollment dropped 25% due to the negative publicity. Professors are so stupid they didn't realize they were ruining their own livelihood.

Typical Democrats; destroy what is good.

I went to MU and majored in Journalism, with a minor in Security Theater. While there, we learned how to capitalize on insignificant events to generate fear and profit for the media. A contract professor got wrecked in the media because of her blatant racism and the schools tenured professors continue to espouse their communist propaganda, earning the school's nickname Moscow MU and Commie Columbia. My Journalism degree got me a sweet gig as a Geek Squad member at Best Buy, where it will take me about 23 years to pay off my student loans. In the meantime, with zero entrance requirements, my degree is worth almost as much as the price of admission at the cheapest community college in the Midwest. Nice job, MU. Way to invest in your school and retain the high value associated with your graduates' brand.

10:18 must be an MU or KU grad. Let the grownups control for other variables.