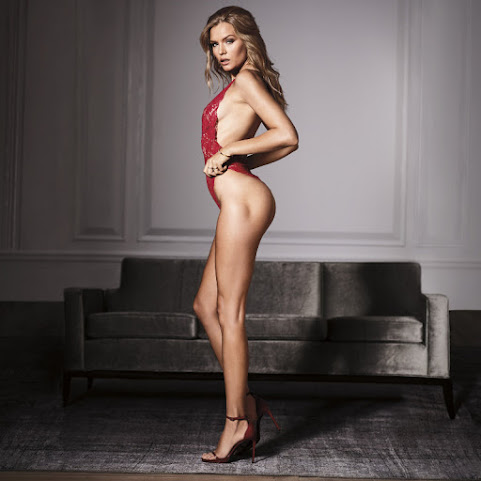 Inspired by hottie Josie's recent success, for our evening guests we share a bevy of info on a well-rounded info on pop culture, community news and info from across the nation and around the world . . .

KANSAS CITY, Mo. - In a one-on-one interview with 41 Action News this past weekend, Kansas City, Missouri, Mayor Quinton Lucas expressed frustration and exasperation about the slow progress made in the Jackson County Legislature over the distribution of CARES Act funds to the city.


Lawrence businesses worry over the future of college football

LAWRENCE, Kan. - The University of Kansas football team is supposed to play its first game of the season in less than three weeks, but there is growing talk that college football could be over before it even begins.

Right Now Is A Bad Time


Derecho with 100 mph winds moving across the Midwest

A "particularly dangerous situation" (PDS) is unfolding across the Midwest, the Storm Prediction Center (SPC) said Monday afternoon.A very dangerous derecho is moving out of Iowa into northern Illinois, toward Chicago, prompting the SPC to issue a PDS thunderstorm watch through 7 p.m.

President Donald Trump was abruptly evacuated from the White House briefing room by security on Monday after shots were fired outside the building.

The Trump administration will continue talks to resolve what the next round of stimulus relief should look like-with the goal of finding a resolution soon, Treasury Secretary Steven Mnuchin said on Monday. "If we can get a fair deal we're willing to do it this week," Mnuchin said during an interview with CNBC.

Susan Rice, a top contender in the race to become Joe Biden's running mate, is under increased scrutiny from progressives for her deep financial ties to the Keystone Pipeline and other fossil fuel and energy companies.


China sanctions 11 US citizens including Marco Rubio and Ted Cruz

China has placed sanctions on 11 US citizens, including legislators and the heads of several US-based non-governmental organisations, in the latest tit-for-tat measure over a national security law imposed on Hong Kong by Beijing. In response to a similar move by the US last week, China's foreign ministry said on Monday it would target US citizens who have "behaved egregiously on Hong Kong-related issues".


Minsky's, Joe's and Boulevard team up for Oktoberfest pizza

KISMET, Kan. - A Kansas farmer is showing his team spirit on a milo field. He was able to put a Kansas City Chiefs logo across his nearly 122-acre field to celebrate the Kansas City Chiefs Superbowl win, KSNW reported. It's eight towers of irrigated Chiefs Kingdom.

Hide Transcript Show Transcript GETTING HIT HARD BY SOME BIG THUNDERSTORMS FOR US.


I wish Minsky's would team up with Joe's for a BBQ pizza with Joe's sauce. That would be great.

Now the left wing crazies are shooting at the President, Jesus Christ you people will do anything to get him out of office, this clearly proves he’s doing everything right and they can’t stand it! Hahahahaha,

Poor baby qball, he’s pouting about not being able to pay the crooked ass developers and taking his frustration out on the lowest paid employees the city has, cares my ass, is he and the clowncil taking any pay cuts? Didn’t think so, worthless cocksuckers all of them.

When Josie started dating a butcher with a penchant for hind-quarters, his bone-in rump roast was always well-done!!!

9:16, their 1st collaboration did not involve Boulevard and had Joe’s brisket and burnt ends with Joe’s sauce and french fry seasoning drizzled/sprinkled on.....incredible......flavor country.....pretty sure it is still available.....had it last year for a month or so, but it’s been back over the last few months....does this new one have fucking tator-tots on it?......holy shit, sign me up!

Pussy Trump saw a shadow and scurried back to his bunker again.

Which great part are you celebrating and keeping? The 160,000 needless deaths or the 20% unemployment and record small business failures? The new trillion dollar monthly debt? The great new infrastructure? New coal and gas jobs? The cheap, great healthcare? The ending of American carnage? The imaginary Mexican paid wall??? Sooooo much greatness....

Ku should be more worried about their Ball players multiple alleged rapes and violent attacks on women their link to white slavery and their Chinese spy staff. Instead they are again just worried about their income. Do a simple search before you comment on shit you have no idea. I 'm on MASS ST. Removing parking was a brilliant idea to remove our customers. Mass street looks like a picket fence, every other business gone. And it began way before Trump or Covid.