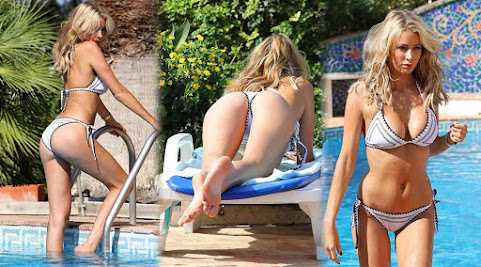 Right now hottie Olivia inspires this peek at pop culture, community news and info from across the nation and around the world . . .


Everybody Is An Influencer

Hundreds of candidates are begging for your support this week as we head into Primary Election Day on Tuesday. Will you vote? Have you already cast your ballot? This is the biggest test of our election system since the COVID-19 pandemic began. And arguably it's the most uncertain and underreported election in modern memory.

KANSAS CITY, Mo. - The COVID-19 pandemic is shedding light on the digital divide in Kansas City. When the pandemic hit, several schools had to switch gears and go virtual. Getting access to high-speed internet and having enough devices for students who couldn't afford them were very big issues when the pandemic hit.


Washington Arrowheads? Seems a bit too similar to the Kansas City Chiefs

One thing an NFL franchise probably wants to avoid with after announcing their new name is a meme storm from unhappy/snarky fans. If the Washington Football team chooses something like Arrowheads for their next name, they could be in store for one.

LOVE Island's Olvia Attwood has bagged her own reality TV show. The new big-money program is called Meets Her Match and it is part of ITV's 2020 autumn schedule. The 29-year-old is known for her appearance on Love Island in 2017 when she finished in third place alongside Chris Hughes.

President Trump gave his verbal approval to a potential deal between TikTok and an American company like Microsoft on Monday, but said TikTok had until Sept. 15 to close such a deal or face a U.S. ban.

President Trump on Monday morning threatened legal action over a bill passed by the Nevada legislature to send mail-in ballots to all voters ahead of the Nov. 3 presidential election. The legislature on Sunday pushed through the bill despite objections from Secretary of State Barbara Cegavske, the only statewide Republican elected official, on a party-line vote.

Manhattan prosecutors on Monday asked a federal judge to dismiss President Donald Trump's lawsuit challenging a subpoena for his financial records, arguing that the claims have already been rejected by other courts, while emphasizing that their investigation extends beyond hush-money payments.

With negotiations over a new coronavirus relief package stalled, Senate GOP leaders and the White House are searching for ways to ramp up the pressure on Democrats after federal unemployment benefits lapsed for millions of Americans.

Despite progress made on a vaccine against COVID-19, "there's no silver bullet at the moment and there might never be," the World Health Organization's director-general warned on Monday. Tedros Adhanom Ghebreyesus' words marked six months since the organization declared COVID-19 a public health emergency of international concern.


Kansas Board of Education races draw attention after COVID-19 vote

WICHITA, KS (AP) -- A Kansas Board of Education primary election has drawn more attention than usual after the panel voted against the governor's plan to delay the start of the school year due to the coronavirus pandemic. One member who had been running unopposed, Deena Horst, voted against Gov.


LISTEN: How the KC Symphony plans to survive and still make music in a pandemic

Kansas City, MO - The coronavirus pandemic is like a wrong music note blurted out or a bow string snap at just the wrong moment. You planned to make some sweet music in 2020 but... ping!! goes the strings of your cello.


The new name for the Chiefs is....The Kneeling Red Foreskins.

Oh BOOOOO that makes me a snarky fan doesn't it? Good news, I'm not a fan!

Don't forget to spray some pesticide in Mahomes hair.