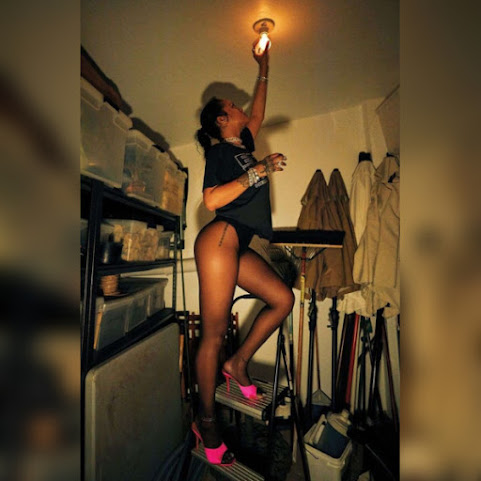 We start the morning with hottie Rihanna making herself handy as we take a peek at community news, pop culture and top headlines . . .

KANSAS CITY, Mo. - City and county health officials across the Kansas City area are having a difficult time with contact tracing. Kansas City, Missouri, Health Department Director Dr. Rex Archer said the department is actively adding contact tracers, including 15 who were hired earlier this week, and he expects to add another 30 within the next few weeks now that federal CARES Act money has been released by the Jackson County Legislature.


How two former vegetarians revived a 5,000-year-old pig breed in the hills of Missouri

About 100 Meishan pigs grace the land at Odd Bird Farm, which includes a small organic vineyard, as well as all the corn, alfalfa, acorns and tasty foraging plants needed to feed the heritage hog breed in the self-contained environment.

TOPEKA, Kan. (AP) - Democrats are pinning their unusually high hopes for winning a U.S. Senate seat in Kansas for the first time in almost 90 years on a retired doctor and former Republican who vexed conservatives with her support for Medicaid expansion and abortion and LGBTQ rights. State Sen.

Rihanna is on the cover of not one, not two, but 26 September issues from across the globe this year - thanks to Harper's Bazaar. The 32-year-old performer, beauty and fashion mogul and style icon appears on every single one of the title's international editions for September 2020, photographed by Gray Sorrenti and creative directed by Jen Brill.

MOTZA, Israel - An Israeli jewelry company is working on what it says will be the world's most expensive coronavirus mask, a gold, diamond-encrusted face covering with a price tag of $1.5 million. The 18-karat white gold mask will be decorated with 3,600 white and black diamonds and fitted with top-rated N99 filters at the request of the buyer, said designer Isaac Levy.


How to see the 2020 Perseid meteor shower, one of the best of the year, as it peaks

It's early August, which means the annual Perseid meteor shower is active, and it's about ready to peak. The Perseids are one of the best, brightest batches of shooting stars, and it feels like we could use them now more than ever to add a little wonder and distraction into these pretty dismal times.

A Hong Kong media tycoon known for his support of the city's pro-democracy movement and criticism of China has been arrested under the new security law imposed on the city last month, which bans "collusion with foreign forces."


White House Says China Is Targeting U.S. Election With Cyberattacks, But Pelosi Says Threats From Russia And China Are 'Not Equivalent'

After the Office of the Director of National Intelligence issued a report Friday warning of ongoing interference activities by China, Russia and Iran to disrupt the 2020 election, White House National Security Adviser Robert O'Brien said Sunday that China "has been expanding its influence efforts," while House Speaker Nancy Pelosi claimed that actions from China and Russia are "not equivalent."

Amazon is in talks with the biggest mall owner in the US to take over retail space and turn them into giant Amazon fulfillment centers, The Wall Street Journal reported Sunday. The deal could involve Amazon taking over spaces formerly occupied by Sears and JCPenney, both of which have filed for bankruptcy and closed dozens of stores.

Kansas City Chiefs wide receiver Sammy Watkins said he agreed to a restructured contract that resulted in a pay cut because he wanted one thing. "It was very important to stay here," Watkins said Sunday in a press conference.

FAIRWAY, KS (KCTV) -- The rainiest months, historically speaking, of the year are behind us. May, June, and July typically deliver just under 15 inches of rain every year. Between May 1 and July 31 of this year, we picked up 15.62 inches of rain.

Already some of the democrats are rejecting Biden.

How can Russia possibly interfere with the election when conservative Americans can hardly interfere in the election of Jomensia without being reduced to making our case via paper cup and string?

Now that plain vanilla Republican Marshall has won the primary, Bollier has no chance of winning the election in November.
She's a party-switching Johnson County Mission Hills one percenter with a French-sounding last name.
Marshall is just like Roberts, who he is replacing, and the other Senator, Jerry Moran.
They keep their heads down, look out for Kansas agricultural interests, and leave after decades in Washington without leaving so much as a fingerprint.
The Dems haven't had a U S Senator from Kansas since the 1930s.
Maybe next time.

Molly Piven can take care of the big piggy in my pants anyday.

How many polish girls does it take to screw in a light bulb?

Three. One to hold the bulb and two to turn the ladder.

Pelosi needs another round of Botox.

Her ugly, wrinkly face is falling to her neck.

^^she's like 85 or something. your fat bloated ass will be dead by then.

7:09 - Marshall is definitely the Republicans best shot but Bollier is polling dead even with him currently. If he was smart, he'd distance himself from Trump or leave him out of his political advertising.

^^^ Hell, if he was smart he'd have switched Party long ago, like Bollier did.

Wearing heels while climbing a ladder? OSHA would not approve.

Why did Rihanna switch out all the light bulbs in her house?

If Dr Marshall was smart, he wouldn't have prescribed hydroxoqulocine to his family.

He also wouldn't have performed an abortion.

Nancy Pelosi looks like Adam Schiff with a wig.

Possibly one and the same person?

^^and yet she regularly dog walks the president so who cares what she looks like?

kansas is not going to put in bollier to help schumer and pelosi.

something doesn't compute with the bollier candidacy, imho.

She should have stayed a Republican, at least a RINO. She could have wn.

Now, who wants to vote for Schumer?

lots of marshall yard signs, even in joco.

Who wants a vote for McConnell?

People are sick of broken government that can't even provide the most basic functions and services.

A vote for Marshall is a vote for continued failure and corruption.

Do you mean like Kansas Shitty's piss poor infrastructure 3:22? On the upside we have a nifty toy choo choo and a partially built airport that we didn't need but politicians can't slap their name on infrastructure.

^^You're boring and you post too much and never have anything to say.

Time for one party rule to end.

90 years of GOP hicks from western Kansas ignoring Johnson and Wyandotte counties is over.