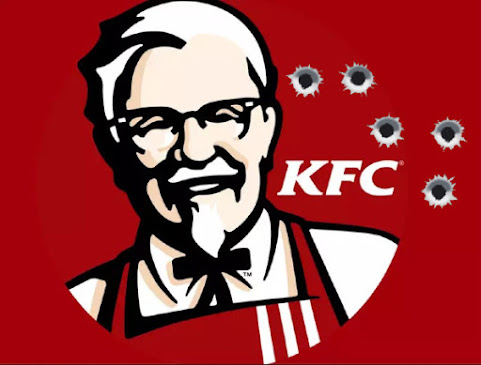 The latest word from authorities regarding the progress of a local crime crackdown . . . Checkit:

KANSAS CITY, Mo. – A Kansas City, Missouri, man has been charged in federal court with illegally possessing a firearm after he used it to threaten a restaurant employee.

Edward Latimore, 46, was charged in a criminal complaint filed in the U.S. District Court in Kansas City, Mo., on Monday, Aug. 10, with being a felon in possession of a firearm.

A second KFC employee had taken a photograph of Latimore, which they provided to the police. Officers searched the area for Latimore and found him walking northbound on the east side of Gladstone Boulevard. Officers contacted Latimore, and took the pistol from his waistband and a magazine, loaded with 10 .22-caliber rounds of ammunition, from his left pants pocket.

Under federal law, it is illegal for anyone who has been convicted of a felony to be in possession of any firearm or ammunition. Latimore has prior felony convictions for assault and armed criminal action.

This case is being prosecuted by Assistant U.S. Attorney Trey Alford. It was investigated by the Kansas City, Mo., Police Department, and the Bureau of Alcohol, Tobacco, Firearms and Explosives.

Operation LeGend is a federal partnership with local law enforcement to address the increase in homicides and violent crime in Kansas City, Mo., in 2020. The operation honors the memory of four-year-old LeGend Taliferro, one of the youngest fatalities during a record-breaking year of homicides and shootings. Additional federal agents were assigned to the operation from the FBI, Drug Enforcement Administration, the Bureau of Alcohol, Tobacco, Firearms and Explosives, and the U.S. Marshals Service.