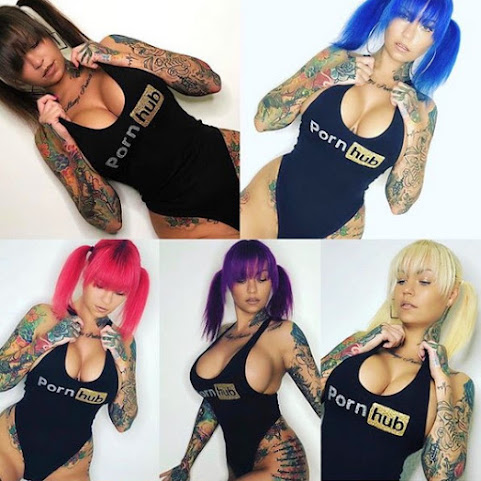 Because pr0n is pop culture and pop culture is pr0n . . . We check this platform promo from 33-year-old hottie Haley that inspires a quick peek at pop culture, community news and top headlines.


More than a Number: Stories from locals who fought COVID-19 and won

Kansas City skyline // Illustration by Celia Searles We have all opened our phones, turned on the news, or listened to the radio and felt our heart sink as more and more COVID-19 cases were reported in the Kansas City area the past five months.

The number of newly diagnosed cancer patients at the University of Kansas Cancer Center fell more than 30% for several weeks during the first three months of the coronavirus pandemic. Now, the number of new patients is increasing again at a rate above pre-pandemic weekly averages.

Jon Carpenter has prevailed over Cathy Rinehart in the Democratic primary for Clay County Western Commissioner, following a recount Thursday by the Clay County Election Board. The recount showed Carpenter with 55% of the vote to Rinehart's 45%. The recount was ordered after the Election Board discovered discrepancies from Tuesday's unofficial primary results.

Presumptive Democratic nominee Joe Biden's recent comments about African Americans were "disgusting," Trump Organization Executive Vice President Eric Trump told " Hannity" Thursday night. "It's an absolute travesty when he says that the Black community is not diverse, is one- dimensional, when he comes out with this nonsense," Trump said.

WASHINGTON - President Donald Trump unleashed another strident attack on Joe Biden over religion on Thursday, saying his Democratic opponent, a devout Catholic, is "against God" and even religion itself - comments Biden denounced as "shameful." "No religion, no anything," Trump told supporters at a brief airport rally in Cleveland as he visited Ohio for an economic speech.

President Trump Joe Biden Joe Biden Biden says his faith is 'bedrock foundation of my life' after Trump claim Biden clarifies comments comparing African American and Latino communities Kanye West may have missed deadline to get on Wisconsin ballot by minutes: report MORE on Thursday, targeting comments that the former vice president made the day before on the country's Black and Latino communities.

At an online press conference this morning, New York Attorney General Letitia James announced legal action to dissolve the National Rifle Association, which she said has defrauded tens of millions of dollars from its donors, corruptly enriched leaders including longtime president Wayne LaPierre, and is riven by fraud and "brazen illegality."

A massive 10-day motorcycle rally in South Dakota begins Friday and is expected to draw up to 250,000 tourists, pitting local businesses who rely on the event to stay afloat against citizens concerned about a coronavirus outbreak.

You've gotta be a huge Kansas City Chiefs fan to plot out what may be the world's largest Chiefs logo. This one is even more special - it's out in a field in southwestern Kansas.


What Kansas City Book Lovers Are Reading During The Pandemic

Find out what books our guests are recommending for leisure, education and social consciousness this summer. Adib Khorram's picks: " The Summer of Everything," by Julian Winters" Vampires Never Get Old," edited by Zoraida Cordova and Natalie C.

Another Stay At Home Weekend

Socially distanced concerts, virtual events and volunteer opportunities mark August's first full weekend in and around Kansas City. For anyone with plans to get out and about, be sure to wear a mask. Friday, Aug.

Nancy better get her shit together... ain’t not wanna be like have to work.
My $600 more than We make and finally can retire at 28 years old if the old bag hag be passing my free money.
My boss man keep calling... not don’t wanna go to work for almost the same.
Nancy get that sorry droopy ass face to work and get me my $600... for life! I ain’t don’t wanna work if free free money.
I gotta be lighting my buzz... get it in gear... my $600

^^^ Nancy got her shit together in May, Genius - you are being kept from getting any help from YOUR GOVERNMENT by the Republican Party - try to keep that in mind in November.

So it was sheer coincidence that all of Cathy Reinhart's votes got counted and NONE of Carpenter's did, right?

Whew, that's a relief, I thought for a moment that the "Liberty Mafia" had struck again!

^^ You live in Rainbow fantasyland dudette. Libtards don't want to open up free trade , education, jobs or religion. Just butt drillin', sports ( same as butt drillin') illegal drugs and give the largest libtard Union Teachers an extended paid vacation. You can't "GIVE" people everything. People have to want to achieve on their own. Butt drilling, illegal drugs and free cheese is not achieving, except in Fantasyland. Jim Jones handed out the same Kool aid as your Party. You do realize that ?

@5:40 how does the Trump's-ass-flavored Kool-Ade the GOP gives you daily go down? The way you clowns gulp it you must like it.

Wake up to what that lying Draft dodger has done TO this Country and what he hasn't done FOR this Country!

5:48 your comment is a lie so nobody cares what you say. When you can speak without lying then come back and say something.

And yet he's absolutely right. Weird. Have some more Kool Aid.

Guys, make sure you donate to the NRA today, please. We don't Wayne to have fly commercial!

@7:41, you do remember that a Russian Operative pleaded guilty to and was sentenced to three years in Federal Prison for acting as an unregistered Agent for a Foreign Power and funneling hundreds of millions of dollars through the NRA to be distributed as "member donations" to various Republican Candidates' campaigns in the 2016 elections, don't you?

If not, look up "Maria Butina" to refresh your memory.

Of course, she only served four months before receiving a Presidential Pardon, and she has since returned to Russia and cannot now be located, but her Guilty Plea and the facts of what she plead guilty to are Public Record. The only questions not answered in the matter is if the recipients of the money knew its real source.

9:03 for the WIN! 7:41 it will be tough when your entire understanding of reality comes crumbling down. Get out of your echo chamber while there is still time.

^^You can't present facts to Trumptards. They don't believe in them. Anything that makes Dear leader look bad is made up. Hell, even when Dear Leader opens his mouth and utters something stupid, lies, or has a senior moment(which is everyday mind you) it's fake news. At this point, the CHUDS know they backed a sundowning, lying, con-man with the IQ of a box of rocks, but they can't admit it. Remember, the reason so many of these CHUDS believe all his conspiracy theories is because they need to feel smarter about something than everybody else.

^^Exactly. These are the people that were the LOSERS as they grew up, and this has been their opportunity to stick it to the people they wished they could be.

7:41 you are being used by people who don't give a shit about you. You could die and they would spit on your grave and tell you they don't like LOSERS.

7:41 Oh and by the way, your mother still wishes you had never been conceived and born. You have been such a disappointment. She was hoping you would make this world a better place, but you insist on spreading your anger at this unfair world where you are nothing, just a piece of shit spreading propaganda that isn't even in your best interest. Such a sad piece of shit.

I wonder if Biden still thinks all black people think alike or if he got "reeducated". I just love it when he gets in front of a camera. Hell, he doesn't even realize where he is much less what he's saying.

^^and yet neither do you. Geriatric fucktard. Weird.

You seem so interested in investigations! Durham's investigation, which if you recall is about the biggest intelligence community scandal since Watergate, is due to produce indictments soon. If you recall, the FBI engaged in rampant abuses in securing fraudulent FISA warrants to investigate Trump. This is exactly the Nixonian crime writ large.

Refresh your own memory on the Mueller investigation. "No collusion." Isn't that interesting?

Oh Chimpy. You only like the Russian collusion conspiracies! Lol

The only fear that delayed cancer diagnoses was that of hospital staff which was so acute that they delayed all diagnosis procedures during the lock down. The medical professionals are lying if they are trying to put this off on the patients. Patients tried calling their cancer doctors during that time and ended up leaving messages in full voicemail inboxes. It was a crime but no one will ever be punished for the blatant disregard of patient welfare.

When's Obamagate happening? I'm still waiting. Trumptards have pointed this out as the biggest scandal our nation has ever endured.

How long has that Durham investigation been going on? They haven't even interviewed Comey yet? When's the election again? Sorry Trumpkin-the Durham Investigation is yet another lie sold to you by The most criminal Administration ever. Keep waiting Trumpkin...one day it's coming!

Devout Catholic Biden is described by Trump as having “no religion, no anything, he will hurt the Bible, hurt God. He’s against God"

His campaign then mocked a photo Biden praying. Not unexpected from a completely immoral candidate that previously attacked the Pope and used the Bible as a prop.

Just like his fake Christian Evangelical advisors, Trump again has proven to be an anti-Catholic bigot. Attacking and mocking Catholics as against religion and God will ensure Trump's landslide defeat in November.

What are those things on that poor, tattooed girl’s chest? Balloons?

run to your safe space wankers!

@1:52, where in Mueller's report does it say "no collusion" was found? That's right, NOWHERE! Right wing mythology aside, absolutely NOWHERE!

The conclusion of Mueller's report was that it was up to the Attorney General and the Courts to determine whether it was Constitutionally possible to issue indictments against a sitting President. The redacted report that was released did not specify what those charges might be.

This report and the questions it raised were released just before Trump fired his (own choice for) Attorney General and put Barr in his place. So far Barr has done absolutely nothing to conclude the Mueller Investigation's issues one way or the other, and Fox, Breitbart, Epoch, Cato et al. have done their best to bury the AG's inaction.

In 2020, we only celebrate a Black or homo. When was the last time you seen a jap honored ? Never...

5:09 The Mueller report found no evidence that anyone in the Trump campaign "colluded" with the Russian government. The decision it left to the AG was whether to pursue charges of interfering in the investigation and the AG determined that since there was no underlying crime, and therefore no legitimate investigation, there could be no interference. Those facts are incontrovertible.