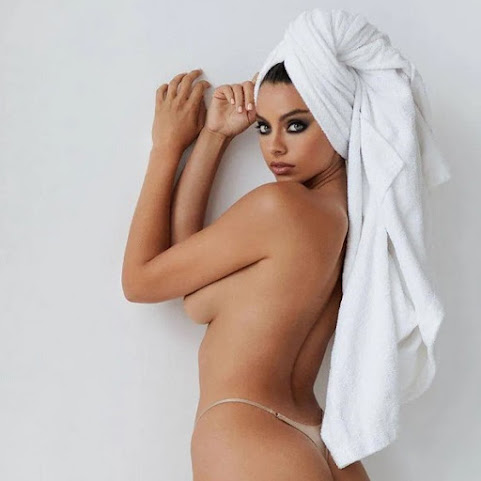 Whataburger - a favorite of burger fans in the South and Southwest, as well as Chiefs quarterback Patrick Mahomes - is officially heading to Kansas City.

KANSAS CITY, Mo. - The Community Capital Fund and Kansas City, Missouri, Health Department have partnered for a microgrant program, distributing funds to small businesses and encouraging local entrepreneurship through "Startup Assets for Economic Opportunity," also titled SAFE Opportunity. There is $60,000 available from health department funds for microgrants ranging from $500 to $2,000.

Whitest White Guy In Metro Steps Up His Game

Hide Transcript Show Transcript A THREE HOLE GOLF COURSE IN HIS BACKYARD. STONY BOGAN COULDN'T TAKE IT ANYMORE. IT IS ZOOM MEETINGS ALL DAY LONG. KAREN: ALL WORK FROM HOME AND NO PLAY FORCED HIM TO DO SOMETHING ABOUT IT.

Amid various reports that Republican and Trump-affiliated political operatives are trying to get Kanye West onto various state ballots for November's presidential election, the billionaire rap superstar indicated, in an interview by text today, that he was in fact running to siphon votes from the presumptive Democratic nominee, Joe Biden.

Everybody Has Their Favorites

The US intelligence community's top election security official said in a statement Friday that China "prefers" an outcome where President Donald Trump is not reelected in November and Russia is working to denigrate former Vice President Joe Biden's White House bid.


Lebanon president: Beirut explosion either due to negligence or missile, bomb

Lebanese President Michel Aoun says there are two possible causes of Tuesday's explosion that killed nearly 150 people - either negligence or "external intervention" by a missile or bomb. It's believed that the blast occurred when a fire ignited 2,750 tons of ammonium nitrate that had been stored at the port since 2013.

RICHMOND, Va. - Jerry Falwell Jr. has agreed to take an indefinite leave of absence from his role as president and chancellor of Liberty University, the school announced Friday. The private evangelical Christian university gave no reason for the departure in its one-sentence statement.

The United States Postal Service (USPS) is implementing cost-saving measures, including a management hiring freeze , the US postmaster general, Louis DeJoy, announced on Friday, amid reports of severe mail delays across the US and concern that Donald Trump is maneuvering to weaken the agency to make it difficult to accommodate an expected influx of mail-in votes.


400,000 bikers usually descend on this South Dakota town for their annual rally. And it's still happening - despite COVID-19.

A massive motorcycle rally that usually attracts an estimated 400,000 people is being held in Sturgis, South Dakota - despite COVID-19 concerns. The rally begins on Friday, August 7 and will run through Sunday, August 16. In June, city officials decided in an eight to one vote to go ahead with the rally, CBS affiliate KELO reports.

MERRIAM, KS (KCTV) -- Cinemark is reopening a select number of their theaters across the United States next Friday and that includes their location in Merriam, Kansas. On Aug. 14, customers can enjoy what Cinemark calls "Comeback Classic" films. Tickets will be $5 for adults, and $3 for children and seniors.


Saturday will be hot, humid

Hide Transcript Show Transcript CLEAR SKIES. FOR THIS EVENING, I DO NOT LOOK FOR MANY OF US TO HAVE TOO MANY THINGS TO WORRY ABOUT. MAY TAKEN A DRIVE-IN. A STRAY SHOWER CANNOT BE RULED OUT. AREAS OF THE EAST OF KANSAS CITY SHOULD BE CLEARING UP. DOWN TO THE 80'S BY THEN.

Wow!
KCMO has eally reached the big leagues now.
THE streetcar
Defacing public streets with Black Lives Matter graffiti
And now Whataburger!
Lucas needs to call the New York Times and get them to come out right away!
Are we Brooklyn yet?

He’d like it to be as ghetto as possible so he can brag to his fellow incompetent mayors how KC is just like Brooklyn. The more run down KC gets, the
more it reminds him of the motherland.

I don't see how Russians can damage Biden's campaign more the man himself. His faculties are so diminished that he now is literally a 'Head on a Post' candidate.

Everythings up to date in Kansas City.
They've gone about as fer as they can go.

You'll notice that nowhere does it say that Falwell is taking an UNPAID Leave Of Absence!

"A Mark, a Yen, a Buck or a Pound,
that's all hat makes the World go round"


What they really mean is.....Community Capital Funds to black businesses only!
I guess they think we are stupid to know what is really going on and what they really mean to say. Keep pushing the hate whitey narrative you know BLM even when it's anti American but yet they want the American dream. May borrow the money from Susan Rosenberg and see how far you get with that, after all she is head of BLM even though it has nothing to do with black lives.