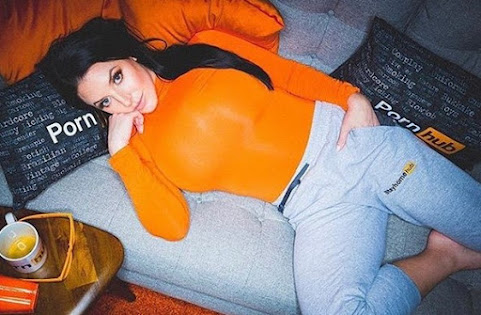 Because pr0n is pop culture and pop culture is pr0n we start our morning with hottie Angela working her promo game and relaxing whilst we check community news, top headlines and more . . .


Car pulled out of Brush Creek after overnight accident

KANSAS CITY, Mo. - A car was pulled out of Brush Creek on the Country Club Plaza overnight. According to Kansas City Police dispatch, the car went into the creek near Mill Creek Parkway and Ward Parkway after an accident around 1:20 a.m. We're told no one was injured.

New Scheme Down By The River

The Port Authority of Kansas City has given its staff leeway to aggressively pursue affordable housing in the Berkley Riverfront area. On Monday, Port KC authorized staff to execute option agreements with developers interested in buying one or more vacant riverfront parcels, in advance of applying for federal Low Income Housing Tax Credits (LIHTCs).

KANSAS CITY, Mo. - The Centers for Disease Control and Prevention has now stated that people who don't have symptoms "do not necessarily need a test," even if they were in close proximity to someone who tested positive.


Pornhub's trick to shed light on the orgasm gap may leave some men a little... blue

Senator Rand Paul (R-KY) was confronted by a group of protesters outside the White House with police intervening amid tense scenes following night four of the Republican National Convention. Demonstrations were held outside the White House throughout the evening, which saw President Donald Trump officially accept the nomination to run for president for a second time.


CNN's Jake Tapper: View from 'Planet Trump' could pay off vs. Biden in the polls

CNN anchor Jake Tapper predicted a "narrowing in the polls" Thursday night after what he described as a "disciplined" Republican Convention speech from President Trump. Tapper, who is usually an outspoken critic of the president, began by stressing Trump's "shattering" of U.S.

Masks will become mandatory for all pedestrians and cyclists in Paris starting on Friday. On Wednesday, France reported 5,429 new daily infections, a level not seen since April. "The spread of the epidemic could become exponential if we do not react quickly," French Prime Minister Jean Castex said.

The Centers for Disease Control and Prevention attempted Thursday to clarify controversial coronavirus testing guidelines published Monday that said people with no symptoms "do not necessarily need a test" even if they were exposed to an infected person. The medical community criticized the agency's looser guidelines, which some scientists said had been made for political rather than scientific reasons.

To many Japanese, racism towards black people has long been considered something that happens in the US or Europe, not at home. But when the death of George Floyd in the US sparked a wave of protests demanding that Black Lives Matter, people in Japan joined in too.

Samantha records a book for Dial-A-Story. // Courtesy KCPL. If your kid wants to hear a story, but you're on a Zoom call, and he's already had enough screen time for the day. What do you do? The Kansas City Public Library has the answer: Dial-A-Story.

Jazz, rock and roll and classical live music will play August out this weekend as gears shift toward cooler temperatures, ghost stories and the school year. 6:30 - 7:30 p.m. For those interested in a night on the sofa, consider streaming Shadowball: The Negro Baseball Leagues , a virtual event by The Story Center at Mid-Continent Public Library.


One more hot day before cooler changes arrive this weekend

Hide Transcript Show Transcript THAT'S FALLING. THICKER CLOUDS, BUT THE FARTHER NORTH AND WEST YOU GO THE MORE LIKELY YOU HAVE TOTAL SUNSHINE YOUR HOUR BY HOUR FORECAST TALKING AT LEAST WHERE YOU DO HAVE THE SUNNY SKIES IN THE 90S GOING TO 88 DEGREES BY 8:00 O'CLOCK 87 BY 9 P.M.

Building affordable housing down by the river

that's one way to ruin anything that the waterfront park had going for it. Lets turn that shit into the ghetto and then have the free train tracks run right down to it!

Great idea! Put gubmint housing in the floodplain! That's almost as brilliant as building a city below sea level in hurricane territory and filling it with Demonrats. Worked out real well for New Orleans.

When will this "Authority" unelected and accountable to no one, be barred from spending an unlimited amount of Kansas City taxpayer's money?

And why did the Republicans in Jefferson City think this was a good idea?

Gay white guys on their Bird scooters down on the River Market will be easy pick'ins for their oppressed BLM brothers.

Any bets that Japan will stand back and watch protesters destroy their cities?

If you missed it: there's a shortage of affordable housing in the US ever since Bush-Obama bailed out the bankers on your dime. Minorities lost 60% of their net worth when they lost their homes.

The Northland recently managed to cancel section 8 in an established neighborhood area. I doubt you can mount that type of neighborhood opposition in an undeveloped area of newer rental property.

What will section 8 do for the area? More diversity and access to jobs and citywide public transportation. Likely more drugs and crime as well. That's the trade-off.

With all the real wealth siphoned off to the top 1%, this type of patch and fix housing integration is the new normal. A part of the emerging confluence between housing-activist and developer interests. Progressive, if you will.

Nonetheless, these are the growing pains of a city reversing a century of segregation.

^^^ Yes @8:41, the whole concept of an independent "Authority" that is unelected and unaccountable yet able to give unlimited amounts of your money to out-of-State developers is bullshit!

Good old-fashioned bullshit, straight out of the Republicans in Jefferson City.

Bullshit to English translation of 8:49: "EAT THE RICH! POWER TO THE PEOPLE! I'M A FLAMING MARXIST!"

^^and yet he's right and you're always wrong. Weird.


Gutless, cowardly Demosleazeball "peaceful protesters" will attack a man and his family --as long as they have him outnumbered 100-1.

Bullshit to English translation of 9:37: "I am OCD and am compelled to answer every post that is contrary to my worldview with troll spam. Somebody please give me a banana!"

Bullshit to English translation of 9:32: "I'm using my weird guy sock puppet to make it look like I have support from others when I'm really just a troll living in mommy's basement."

Angela was auditioning for "Orange Is The New Crack"!!!

You know what's a drag? Getting older while watching the significant other get fatter, uglier, drier, wider and deeper all the while we get weaker, shorter, limper, less stamina, drier etc.

It shouldn’t be a surprise because the Japanese are racist against anyone who is not Japanese. They are among the most xenophobic people that there are. Some, very few, Gaijin are allowed to live and work there but they are scarce.

^^OK. Being how you're always here, never been anywhere, and live in Frogville, forgive us if don't believe a word you say.

Rand got yelled at, which is, I guess, assault. What a big hairy pussy.

Ha, the pushes is on For JAPAN, people that have no idea how evil and brutal the Japs were to China. Maybe we forget history when we piddle in Fantasy. Dribble and shoot your foot kid(s).

BLM in Japan? LOL that'll go over like a lead balloon. Japan's never been known for being friendly to other races, blacks in particular.