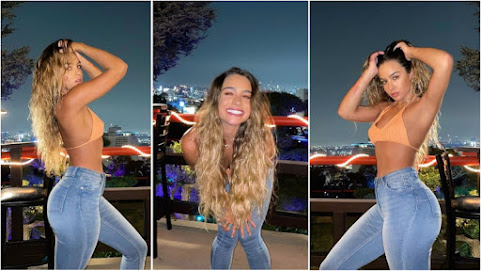 The insta salesmanship of hottie Sommer inspires this early update as we check pop culture, community news and top headlines for right now . . .

Kansas City remains the "undisputed hub of startup activity in the area," according to a new ranking by M25 - putting the City of Fountains in an enviable position as tech and startup leaders in high-priced coastal areas look for new homes in the COVID-19 era of remote work.


Despite Postmaster's Reversal, There's Not Enough Mail To Bring Back Sorting Machines In Kansas City

Taking a truckload of random mail and sorting it so that each piece gets to the right place is a huge job. That job happens on an industrial scale at the U.S. Post Office Processing and Distribution Center just off Truman Road in Kansas City, Missouri.


Tapcade closes due to COVID-19 restrictions; other businesses hope for relief

KANSAS CITY, Mo. - The lights will soon shut off at Kansas City's first arcade bar, Tapcade. Owner Adam Roberts told 41 Action News the Crossroads staple can't endure any longer during the pandemic. "Waking up and just feeling so defeated. That's the problem we're all facing as small business owners is how do you stop feeling so defeated?"


Here's Everything You Need to Know About Sommer Ray

Fitness, but make it sexy. Former fitness model and influencer, Sommer Ray embodies that phrase with her social media presence. With millions of followers across different platforms, she has taken her fitness obsession and turned it into a whole brand that includes all kinds of products and her own clothing label.


Analysis: Is not being Trump enough to beat Trump?

Who's got time for a health care pitch when President Donald Trump is embracing QAnon?

No Deets From DNC

By the morning of the fourth day of the convention some Democrats I know started to privately worry that the party was blowing it. I heard a list of concerns: there wasn't a clear sense of what Biden would actually do as president, there was too much emphasis on his character, there wasn't enough outreach to moderates or Americans who don't identify with some of the protest movements that were celebrated each night.

Donald Trump wanted to sell Puerto Rico or swap it for Greenland because he viewed the Caribbean territory as "dirty" and "poor", a former senior White House official has said.


'I'm more for Trump than I was before': president clings to narrow lead in Iowa as Biden closes in

When Aaron Schatz surveys the wreckage of 2020, he finds himself doing surprisingly well. Profits on his Iowa dairy farm are up thanks to coronavirus. The pandemic feels a distant threat, and Schatz has yet to wear a mask. Black Lives Matter protests are an annoyance but really someone else's problem.

KANSAS CITY, Mo. - The family of a deadly shooting victim, who was trying to stop a theft in progress, are relieved the suspected gunman is now in custody. Thursday was a bittersweet day for 33-year-old Michael Brown's loved ones. "It breaks my heart," his mother Jerri Noble said.

Thirteen months after his last big-league game, the Dark Knight returned to Major League Baseball. Matt Harvey made his 2020 debut Wednesday, this time with the Kansas City Royals. The last time we saw Harvey pitch in the majors, the results were quite bad.

Clear skies to start your Thursday with mostly sunny skies expected today. Highs will climb back to near 84.

Trump loyal is not loyal to USA!

^^No, they just hate you. Everybody does.

Trump "not being Hillary" was the only thing that put him in Office, so after four years of his failures, lies and cowardice, why shouldn't "not being Trump" be enough in itself to put him out?

In 47 years, Joe did none of the things of which he now speaks. He will never change, just words!


Remember Joe made it very clear years ago he hated black kids and didn't want them around his kids.

My Generation Is Blind to the Prosperity Around Us!
I'm sitting in a small coffee shop near Nokomis (Florida) trying to think of what to write about. I scroll through my newsfeed on my phone looking at the latest headlines of presidential candidates calling for policies to "fix" the so-called injustices of capitalism. I put my phone down and continue to look around.
I see people talking freely, working on their MacBook's, ordering food they get in an instant, seeing cars go by outside, and it dawned on me. We live in the most privileged time in the most prosperous nation and we've become completely blind to it.
Vehicles, food, technology, freedom to associate with whom we choose.These things are so ingrained in our American way of life we don't give them a second thought.
We are so well off here in the United States that our poverty line begins 31 times above the global average. Thirty One Times!!!
Virtually no one in the United States is considered poor by global standards. Yet, in a time where we can order a product off Amazon with one click and have it at our doorstep the next day, we are unappreciative, unsatisfied, and ungrateful. ??
Our unappreciation is evident as the popularity of socialist policies among my generation continues to grow. Congresswoman Alexandria Ocasio-Cortez recently said to Newsweek talking about the millennial generation, "An entire generation, which is now becoming one of the largest electorates in America, came of age and never saw American prosperity."
Never saw American prosperity! Let that sink in.
When I first read that statement, I thought to myself, that was quite literally the most entitled and factually illiterate thing I've ever heard in my 26 years on this earth. Many young people agree with her, which is entirely misguided.
My generation is being indoctrinated by a mainstream narrative to actually believe we have never seen prosperity. I know this first hand, I went to college, let's just say I didn't have the popular opinion, but I digress.
Why then, with all of the overwhelming evidence around us, evidence that I can even see sitting at a coffee shop, do we not view this as prosperity? We have people who are dying to get into our country.
People around the world destitute and truly impoverished. Yet, we have a young generation convinced they've never seen prosperity, and as a result, we elect some politicians who are dead set on taking steps towards abolishing capitalism.
Why? The answer is this,?? my generation has only seen prosperity. We have no contrast. We didn't live in the great depression, or live through two world wars, the Korean War, The Vietnam War or we didn't see the rise and fall of socialism and communism.
We don't know what it's like to live without the internet, without cars, without smartphones. We don't have a lack of prosperity problem. We have an entitlement problem, an ungratefulness problem, and it's spreading like a plague."

Somebody who remember things said...

Shame she isn't old enough to have seen America before the Reagan and Bush Crashes and the Socioeconomic Destruction brought on us all by Republican Economic Insanity, then she wouldn't have had to ask her question.

8:22 says it like it is, well done. No 8:41 don't read it as the truth has never mattered to you. 8:44 you don't remember shit either. Does the name Jimmy Carter and Lyndon Johnson ring a bell?

But Chimpy! You have all the time in the world in the zoo!

Funny how idiots Chris Wallace and Dana Perino (Bush lover) think the fact that Old Joe can read from a teleprompter is a miracle home run, when he has never had a big issue reading from a teleprompter. America is waiting for him to debate Trump and be able to talk at any appreciable length of time without a teleprompter and sound coherent enough to be president. That is what we're all waiting for. Old Joe seems to have gotten much worse mentally since the Democratic debates.

Somebody who remember things said...

@8:59, sure I remember Johnson and Carter, they were the Presidents before and after the Nixon/Ford merry-go-round of Recessions and Runaway Inflation brought on by the beginning of the shift of the Nation's Tax Burden completely off the Wealthy and onto the backs of the Working (Wealth creating) People.

It took Carter quite a while to get the wheels back on the Country, then along came Saint Ronnie and his "Voodoo Economics", and KAPOW!!

You remember "Voodoo Economics" don't you? That's the name G. H. W. Bush gave to the GOP's Insanity of cutting taxes on the Wealthy and on Corporations, then Deficit Spending like mad, putting even more destructive burden on the Middle Class.

Of course, when Bush became President, he fell into line with his Owners and did the same thing, bringing on not one, but TWO Recessions during his four years in Office - oh, and starting and losing the first round of the "Forever War" we're still fighting as a bonus, sort of a "parting gift" to America.

9:41 - debating Trump is a fools errand. It's well fucking documented that Trump lies and will double down on said lies. I can see it now, "my opponent, President Trump continues to take credit for the Veterans Choice bill signed by his predecessor", "no he didn't sign it, I did it", "that's not true sir", "nu uh, I did it". Rinse and repeat. Trumptards will stroke out to this as some sort of "own" of Joe Biden while the rest of us will lament the time wasted watching the shit show.

Well, your silly, rambling point is moot because there's no way Stumbling Joe can function in a conversation without a teleprompter. There's no way the Dems will let him speak without handlers.

HARD PASS. Lol, what a tool

Sow Joe's wheels fall off without a teleprompter. He will be hash in any debate or live setting without one.

" putting the City of Fountains in an "

Excerpted from above article. No longer a good description of killa city.

Well said there is hope for the future of our nation.

Why are old people so lame??

Tapcade should just open up fully. As it is they are letting Rex Archer and the Boy Blunder slowly strangle them to death. Americans no longer have the fight in them to oppose tyranny. It is sad to watch.

How's Ernie doing, good? Huh. How good was Ernie? Right. Isn't he great. Ernie Holmes. He was heavyweight champ, right? The champ. Oh. Huh? Sorry about that. I know another one, Ernie Holmes. Is Larry still in the area??? How great is Larry?

"Is not being Trump enough to beat Trump?"

How's my African-American over there?


it's yer typos that crack me up most.