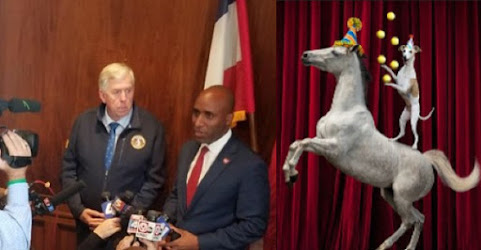 After a hopeful start and several meetings with Missouri Guv Mike Parson, Mayor Quinton Lucas has already burned bridges with the Republican super majority at the state capitol.

"It took Sly two terms to alienate the Republicans in Jeff City and Mayor Lucas has done it in less than one. Using The Star to go after Missouri lawmakers was a horrible idea and demonstrates that he doesn't know how things work. A scathing editorial is always the last resort for any politico but the Star has so little influence nowadays that there's little value in their support. Of course, there's a lot of blame placed on KC's lobbyists but what we're really seeing is an absence of leadership and a total breakdown of communication along partisan lines. Sure, there are new Democrats coming to help Mayor Lucas in January but they only represent only a small faction of the legislators he needs to effectively work for KC."

To be fair, all of this might inspire Mayor Lucas to campaign more earnestly for Missouri Auditor Nicole Galloway who has a decent shot to oust Guv Parson.

I blame Mayor Q for a lot of things but this was actually Sly's fault. He spoiled the relationship and Q is doing the best he can to repair it, given the circumstances.

The mayor got the special crime session that he asked for even if there wasn't any hint and gun control. That's not a lot but it's a step forward.

This is why KC's elections are non-partisan. KC is supposed to have the ability to talk with both sides in Jeff City. But now, with hyper-partisan mayors over the last 20 years. That's simply not possible.

The mayor would be smart not to campaign for Galloway. Her polling numbers aren't strong and she seems to be a very lazy campaigner. It's unlikely that she'll win and when she doesn't, that'll be one more reason that the Missouri Republicans will work against KC and our mayor.

"I blame Mayor Q for a lot of things but this was actually Sly's fault. He spoiled the relationship and Q is doing the best he can to repair it, given the circumstances."

Need to break some bad news to you 10:22. His best SUCKS ASS! He's an incompetent, racist idiot that has no idea if he's shot, f*cked or powder burnt! 😂 The best he can! That there is damn funny!!! Got anything on his handling of "mostly peaceful protests"? I'm not even gonna start on his special crime session.

You don't even live in Missouri

As soon as the microphones and cameras were turned on, Lucas nudged Governor Parson aside and began pontificating on how "somebody needs to do something" to bring homicide violence in KCMO under control!!!

Those who can, do.
Those who can't, become classroom lecturers while calling themselves "Professor."

Q Ball has been in office long enough to show that he's not ready for prime time. He consistently looks like a monkey fucking a football. Everything the man touches turns to shit. It's time for him to go.

The party switch is a lie. Democrats are the same from the KKK to Wilson to FDR to Obama. No change.

Did Lickass play his race card while on his knees ?

You have a Lawyer,For a Mayor. You need a BUSINESS Person. And you have a Mayor-Pro-Tem,to handle the crime problem.Jeff City knows,QUENTON,IS A BANANA REPUBLIC MAYOR.

I always feel like I have lost a few IQ points every time Retro Rocker posts. It's like a monkey is sitting at a typewriter pounding the keys.

On another note, I see rioting and looting as broken out in Minneapolis again, which will mean more people will vote for Trump, obviously. I wouldn't be surprised if Minnesota turned red this election. Thanks for handing the election to Donald Trump, "peaceful protesters."

Parson told him to kick rocks. QBall said, "suck cocks?" Parson said, "No, kick rocks, you flaming cock troll." I was there. I saw it.

Ba, ha, ha.. Isn't he the Down low Bro that ignored masks to hug white women and party ? While completely ignoring the HIGH as hell murder rate while Kissing ass of BLM ( Same crowd that commits the high murder rate ) for a dude that could NOT breathe Prior to the cops touching him ( ROLL COMPLETE VIDEO BITCHES ) . CAN't BREATHE AKA FENTANYL. You people never learn shit.

The Boy Blunder blunders again. The story is getting old. It would be news if he were adept and effective.

He's a pompous fool. All those full ride scholarships made him think he was brilliant, although he was too stupid to realize they were based on his color, not his brains. Oh, he's bright, but he's not the smartest guy in every room like he thinks he is. Never had a real job. Never owned a business. Never owned a home. No idea what leadership is. No idea how to manage crap. Then throws out the actual city MANAGER and makes himself king with an illegal state of emergency. Now tries to run it all. He's an embarrassment that is destroying KC for what he thinks is personal, political gain. #recallQ

Funkhouser is moving back to kc to run qball out of office!

Mayor McDrinkerson is a teachable example of a failure in leadership. Shifting messages, bad ideas, surrender to mob violence and stabbing police in the back. Recall now.

You're all idiots. I have to get back to my homework now.

@Unknown — not only are crime rates rising all over the country, crime rises when people are unemployed or have unstable living conditions. Sure, Quinton could take some actions to alleviate the issue, but, without Jeff City’s help, his options are very limited.