DOUBLE-CROSS!!! KANSAS INTERNETS TROLL DECIDES AGAINST DROPPING OUT OF RACE DESPITE NATIONWIDE REBUKE!!! 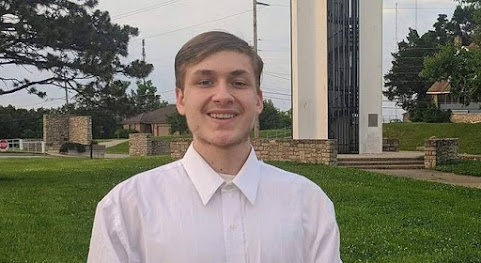 Alright dammit, we deserve a great deal of credit for calling this yesterday . . . Now it's news fact . . .

KCTV5: Teen candidate for KS house now says he is staying in the race

In a statement Tuesday, though, he said he is staying in the race as the Democratic nominee for the state legislature despite the “attacks” from his opponents . . . “From the moment I won, I have endured sustained attacks. These attacks against me were far more than I bargained for,” he wrote. “I obviously did not expect to have my entire personal life, especially what I did in middle school, put under that kind of national microscope.”

Coleman said voters chose him not just because of who he is but also for his “platform and for change for our community,” adding that he won’t undo that decision because he is “a flawed individual who has made mistakes.”

The teen also called on voters in the district to make the decision for themselves and not listen to outside national voices or state party leaders.
########

it was the right thing to do!

He's wasting his time and talents over there in KCK.
He needs to get elected to office,which surely he would, he KCMO!
He'd be the latest "rising star"!
Just look at the competition.

Look at me in my new dress shirt presenting myself as a proper adult.

Democrat is as Democrat does.

Pro-tip: don’t button the top button unless you are wearing a tie.

Fucking jackoff stay out of the shit show

He's got what it takes to do well in politics. He can evolve whenever the wind changes.

He is cute. I will fuck him.

I mean, Trump is really shitty and has been accused of some really shitty stuff but the Evangels tell me he's repented. So it's all good. Why is this kid no different?

Translation: "I was going to drop out of the race, but I've been getting so much snatch since gaining national attention that I'd be crazy to quit now".

3:42
No. It's the stained teeth with a few missing.
Along with geek-boy top buttoned look.

He ran for office. Good for him.

He should switch parties. It's a better fit with his qualifications and history.

Why won't the media ask law enforcement why he hasn't been charged with possesion of child pornography? Because the left is full of pedofiles and rapists that walk the streets freely.

This guy belongs on a fucking registry.

if he won the primary election then he should be on the ballot, and if he wins that then he is the elected official and should be sworn in for the two year term. this isn't hard. and if people don't like him, then they can vote against him, right?