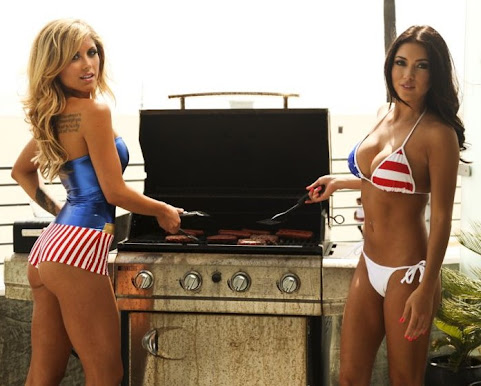 Given that a tens of thousands of Americans have died from the pandemic and the American economy teeters on brink of collapse, an EPIC Kansas City BBQ party postponed until next year isn't such a big deal BUT offers us a reminder that the "new normal" remains on pause until coronavirus infections and deaths subside.

"We made the difficult and disappointing decision to cancel the 2020 American Royal World Series of Barbecue," Glen Alan Phillips, President and CEO of the American Royal, said Tuesday. "With what's going on with COVID-19 and safety concerns and financial considerations, we felt like it was in the best interests of the organization and the community as a whole."Phillips said no one variable led organizations to the decision, but a combination of keeping participants and the public safe, trying to find a way for the event to make sense financially and not knowing what lies ahead with the pandemic."No one knows for sure where we'll be in the middle of September regarding this pandemic," Phillips said.

KCTV5: The American Royal has decided to cancel the World Series of Barbecue scheduled for September 17-20, 2020 at Kansas Speedway.

Does this have to do with the meat shortage too?

Coronavirus didn't do it the panicdemic bed wetters did.

Hey Bandit, is the reason you don’t have anyone to yak to is that you talk too much?

Queuing for Que has never looked this good in Kansas City.
Our locals should try this approach sometime -
Winner, Winner, Finger-licking Good Dinner!

The 25 million analy tourists will be extremely disappointed. The only momentum KCMO can brag about and promote is setting a new murder record.

NFL should do the right thing and cancel......way too risky!

The virus would have had a great time with all the fat asses that would have waddled in for that event.

WHO GIVES A FUCK! TRUMPS FAULT THOUGH