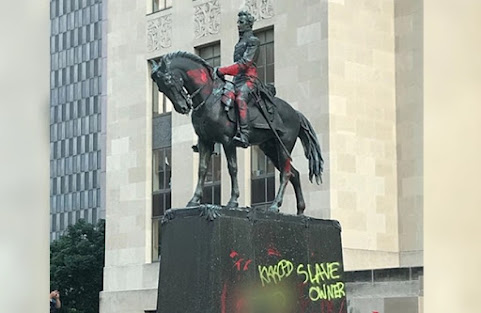 However, we urge demonstrators to forgot COSTLY vandalism that will only hurt taxpayers . . . Instead, voting to remove the honor to the long-dead clown would be far more productive.

As always, TKC suggests that we should rename the whole county & encourage a local honor to a sports legend who pioneered crossover training . . . 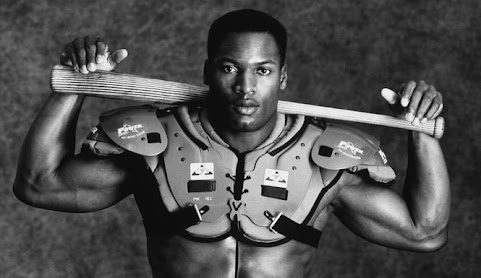 “The Andrew Jackson statue in front of the Jackson County Courthouse in downtown Kansas City has been covered by a tarp since it was defaced on June 25 by demonstrators. As the chief elected official responsible for County property, I authorized that the statue be cleaned. That process was completed today, and the statue will remain uncovered until necessary. The voters will decide the fate of the statues at our courthouses in November.”


But yet they praise Joe Biden and kamala and Kamala's family owed slaves in Jamaica. Black people and some white people are so damn stupid it's sickening.
Just research Hamilton Brown.
William Johnson a black man from Natchez owned slaves too.
This has nothing to do with slaves and slave owners. This is nothing more than a hate whitey, hate America, and love communism issue. Has NOTHING TO DO WITH SLAVES!

But then the democrats VP pick where her family owned slaves so fuck'em I say. Leave the statues alone.

And all the while they have no clue that Jackson was a Demonrat.

Andrew Jackson was a brave man, President and General.

Andrew Jackson's Army leadership won the War of 1812 and defeated the British.

And yes, Jackson and his men rode through the southern swamps and defeated the Creek, Choctaw and Seminole Indians in brutal warfare.

These tribes were murdering and scalping settlers and kidnapping and raping women and children.

Jackson was a hero in his time for doing this.

Only Communist BLM and ANTIFA want to remove this American Patriot's statue.

NFL players, Roger Goodell, and NFL owners - Go to f*cking Russia and kneel in front of the statue of your hero Josef Stalin and the Communist Party.

Stalin and his Communist henchmen would have thrown you in the Siberian Gulags to rot and die.

God Bless America and f*ck the Communist Democrat Party, ANTIFA and the NFL.

Jackson was genocidal and dirty, even for his time. He was fighting to establish a white ethnostate and his tactics were admired and replicated by the Third Reich. He termed the phrase "final solution."

He was fighting to take the historic land of other peoples. A theif.

He was brilliant but without principle and would have done the same under Stalin, Pol Pot, or Mao. It is only an accident of birth and history that he was American.

Good riddance. He deserves no honor in a society now based on equality. We have better heros.

^^ Go back to your closet and hide in the fetal position simp. The world outside is much too dangerous for a delicate flower like you.

Well, he won the War of 1812 in New Orleans and brought GA and AL into the fold and expelled the Spaniards from FL. Get over it. Indian fighters fought Indians. Danial Boone, David Crockett et al.

Andrew Jackson fought to establish a ‘white ethnostate’? What a load of bollocks! He fought for his nation and he fought to preserve his nation against its enemies. Those enemies included the British Empire, the Spanish Empire, and certain Indian tribes on our borders. He was not a communist and to try to paint him with the same brush as Stalin, Pol Pot, or Mao has to be one of the most dishonest smears I have ever read.

He was a patriot. He was brilliant. He was accomplished. He was a hero of our young nation and his name should be preserved into posterity and spoken with reverence. America is based upon equality before the law, not absolute equality and not equal outcomes. If you favor those things that makes you a communist and suits you to be mentioned in the same breath as Stalin, Pol Pot, and Mao and you have embraced their evil and repugnant philosophy.