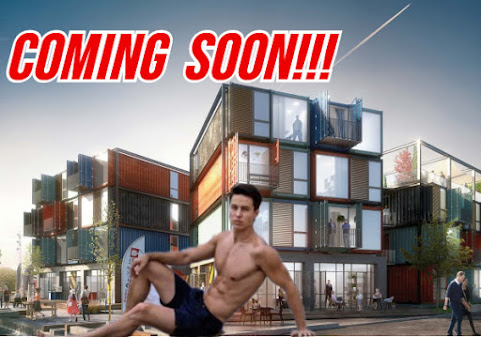 The fight over sustainable development continues in Kansas City . . . With a fascinating twist.

A neighborhood argument over an incoming and cheap slum of "luxury" shipping containers is a typical urban gentrification debate. Suburbanites usually love this kind of idea but wouldn't dare allow someone to build this kind of monstrosity in their neighborhood.

A bit about the project:

"Developer Paul Nagaoka said nothing could be further from the truth. He’s met with the Sacred Heart Neighborhood Association and the city, trying to make the development workable for the community.

“The reason I think Midtown is a good place for it is really, in the urban core, we really need more beautiful and affordable housing options, so this is what this will provide,” said Nagaoka, Syndicate Kansas City managing partner and developer.

The plans call for four buildings, made of 12 shipping containers each. The modern, eco-friendly studio apartments would be compact at around 350 square feet. The estimated price tag of $675-$775 is about half the cost of studio spaces in downtown Kansas City."

There has been a heated argument over codes, neighborhood approval and taxpayer support overall . . . But none of that is fun.

Here's the skinny thanks to KICK-ASS TKC TIPSERS with an eye for talent . . .

THE DEVELOPER OF THIS SHIPPING CONTAINER LUXURY SLUM IS A FASHIONISTA/ACTOR WHO COULD CHARM HIS WAY PAST LOCAL COMPLAINTS!!!

To be fair, even in parody, an image of the developer dude clearly looks professional as he chooses to (barely) cover nips and reveal only a tasteful, legal dick root tease. 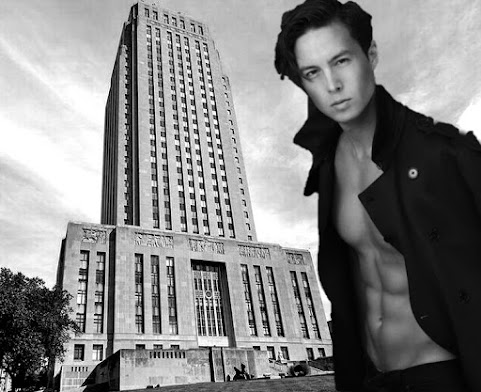 For more about the influencer, model and fashionista . . . Check his website. Off all his varied interests, there's not much about urban planning or architecture mentioned but it's likely that he's a quick study.

The council votes on this Thursday and we hope this post puts the development in context.

Insiders tell us that Northland Council dude Dan Fowler is already a fan of Mr. Nagaoka. Again, we know that our Northland neighbors would deport their council dude if he ever allowed a shipping container slum in their part of town. 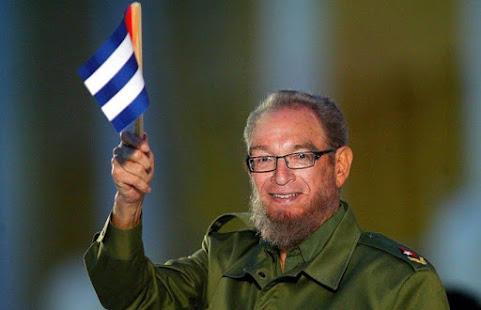 As Kansas City copes with the continued economic challenges of the pandemic, the council will decide if the future of neighborhood housing involves hipsters living in luxury shipping containers and calling it "affordable" despite the high price of this real estate speculation paid by urban neighborhoods.

tax breaks for everybody.

Why shouldn't Kansas City & downtown be a massive building experiment?

With legal weed and no consequences for graffiti. Seems like everything is fair game.

Fowler is a left over from the Sly era.

He's lost without someone to telling him what to do.

Anyone out there, besides Mr. Fowler, who doesn't see a scam coming? We'll end up paying for this, again.

Please start building more shipping container houses In JoCo. See how they like it.

11:23 you are correct about voting, but Kansas City has a history of ignoring the mandates from voters, this council and others that came before them have reversed all sorts of projects, one comes to mind about rapid transit from the airport that we voted for and the all powerful and all knowing Gods at city hall said screw you!!!

But this is really nothing new, the internet is full of reviews of these Container developments, and they are highly successful and very popular among functioning Cities in the US and Canada!

Even the TV show "This Old House" has featured them, as well as the use of shipping containers in single family housing.

The real threat is to "Conventional Developers", and to their stranglehold on Political Power in the Metro.

Strange that Tony calls them "slums", yet is such a fan of the "Old Northeast", an area second to the "Inner City" when it comes to true slums!

The HOME does NOT make the slum, it’s the people who do that!

With only 350 sq. ft. to work with I'd recommend a lower floor unit for temperature comfort , one heck of a hobby to ward off boredom and birth control/celibacy.

Good ideas should be self-funded.

11:55: There's a home in Brookside made of containers.

Shipping containers come in all sizes from 20', 28, 32', 40', 45', 48' and 53'. So up to 477 square feet total. You could also set them up side by side for almost 1000 square feet if you want super luxury. The floors are typically Oak or composite and could clean up nicely. They can stack usually to or three high loaded but as high as eight when empty because of structural strength. On ships they don't bother limiting height with weight of up to 80,000 lbs each. They will always look like shipping containers though. Now the snarky comment about Johnson County, I can see Westwood or Roeland Park, maybe Merriam allowing them but not OP, Olathe, Lenexa or Leawood, but KCK definitely. They are always rusting and look like crap so I urge KCMO to say no to this deal.

I want one. They look great.

So, double-wides for Millenials? These are just stackable mobile homes. And the spokesman is exceedingly gay which will make him popular in certain areas of KC.

I live in a 1200 square foot ranch house in a nice neighborhood and my mortgage is cheaper then $775 a month, people can’t really be that stupid.... can they?

1:46 they’re getting the idiot commie college kids ready for the future of government housing and public transportation to the go ernment owned labor factories! It’s what they want I guess.

and hey keep these ugly things out of KCK, since someone brought it up ...

please elected officials have some resistance to stupid fads like this

When the developer sought approval votes from Councilman Fowler and Mayor Lucas he promised to get behind them and push hard in their future endeavors!!!

1:58: "Commie" is out; "Marxist" is in. Don't you pay any attention to your Fox News talking points?

Meanwhile in the Biden basement; Sleepy Joe has discarded his trousers and his dog Spot and Joe are sitting their bare asses on the carpet racing each other across the room.

This feels great says Sleepy Joe; thanks Spot for the great idea !

Why thank you. Coming from you that means... absolutely nothing.

Best comment. Worth copy and paste. SELF-FUNDED INDEED. MONEY WHERE MOUTH IS. DEVELOPER'S MONEY, NOT TAXPAYERS' !!!!!! That's one of the biggest problems in this shithole. Everything is ALWAYS SOMEONE ELSE'S MONEY. JUST LIKE THE BIKE/WALK ASSHOLES.

Kick his freaking narcissistic ass out of town with a one way ticket to Portland.

In that case Reality Speaker, why is Obamacare not self funded? NPR? PBS?

He will after he gets done running a train on your mom and sister.