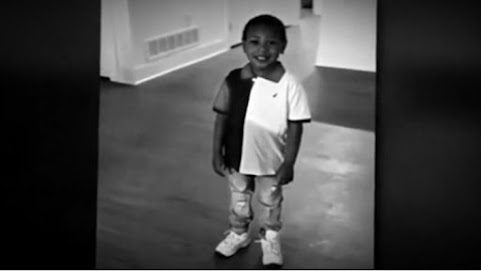 "The FBI is offering a $25,000 reward for information in connection with the shooting death of a Kansas City, Missouri 4-year-old who was shot in his sleep last month. LeGend Taliferro was asleep in his Kansas City home around 2:30 a.m. on June 9 when gunfire ripped through the wall and fatally struck him, according to authorities. His father rushed him to a hospital, where he succumbed to his injuries, the FBI said. Detectives said that after a preliminary investigation they believe it was not a random shooting and that the apartment had been targeted."

Actually, last year KCPD upped the local TIPS reward to $25K but so far that hasn't inspired the community to come forward with information.

Hopefully, this the announcement from the Feds on the national level might encourage more people to start talking given the tragic result of the shooting.

it shouldn't take money to get people to do the right thing. But it helps.

You would think with the millions that BLACK LIFE MATTERS has raised in the recent months that there would be a huge Reward amount by BLM. Nope, not even a penny offer.

Kanye, is that you? Off the meds again?

It's certainly a relief that there's ANOTHER group in KCMO that is going to dedicate themselves to "change".
Maybe they can go to city hall and get "funding".
There just aren't enough fake nonprofit anti-crime groups in "the community".
And there's been a $25,000 reward for information about ANY of KCMO homicides from the Crime Commission for years.
Mindless repetition doesn't seem to be having much effect.
And neither is willfully ignoring the source of the carnage.

Justice for all said...

If they catch the killer, they should prosecute quickly and if guilty, use the death penalty quickly. That's the only way to make REAL change. Consequences.

Initial reports said the shooting was not random, the home was targeted. If true, Mama knows or has an idea of what happened.

Whats more shocking the death of the poor child is that the father was there.

Don't you need a bank account to get this money?

Get your bullet proof siding nuooowwwww.

^^Yours never did. That's why you're here.


Give it up, no black person is gong to help this murdered little boy. Remember they hate the police and want to get rid of them, so how dare can anyone ask for help solving this crime. Isn't that what they want? Lawlessness! Even if I knew who did this I wouldn't help them. This is what they want, whitey and the police to stay out of their business, and I'm happy to do just that. Call Susan Rosenberg who is taking millions of dollars from BLM through two foundations and right into her pockets and the other criminal board members. After all she was commuted of her 58 year prison sentence for bombing NYC. See if she cares enough to help. I can't believe some people are so stupid, especially the idiot who only knows how to say WEIRD all of the time. Pathetic.

Once again lonely heart, anonymous drivel posting, bed wetting, Karen loser 9:08 accusing others of what he is guilty of. Typical libtard. It's amusing to watch him perform like a frustrated little Grindr monkey though LOL! Have a nice day!

^^did your wife kill herself because she hated you? I can see why. Did your family drop you off at the home because they hate you? Seems likely. No friends because you're such a bore and an unmitigated prick? Sure.

My you are an angry little troll Grindr monkey aren't you lonely heart, anonymous drivel posting, bed wetting, Karen loser 9:16? Did your mommy not show you enough love? LOL!