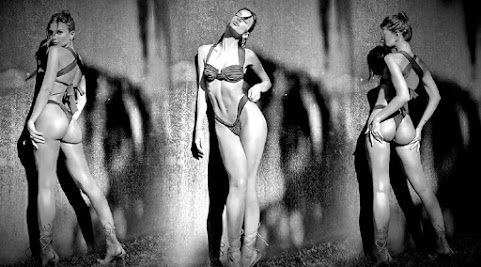 Just like our favorite old school barber, we try to take it easy on Monday but we return with a bevy of info for our most dedicated readers . . .

Right now hottie EmRata and her fashion promo inspire a peek at pop culture, community news and this extended glance at headlines in this cowtown and around the world . . .

KANSAS CITY, Mo. - The American Royals made the decision to cancel the 2020 Pro Rodeo due to COVID-19. The event was scheduled for Sept. 25-26 in Kansas City.


Chiefs' Duvernay-Tardif opts out of 2020 season, will work in healthcare during pandemic

Kansas City, MO - Chiefs offensive lineman Laurent Duvernay-Tardif will opt-out of the 2020 NFL Season to focus on providing healthcare using his medical doctorate. "This is one of the most difficult decisions I have had to make in my life but I must follow my convictions and do what I believe is right for me personally.


Mobile distribution center to provide food for people in need

KANSAS CITY, Mo. - People will have the chance to receive free food this Wednesday, July 29, through a large mobile food distribution, Harvesters announced Monday. The event is sponsored by a company called North Point and will be held at Park Hill High School. The event will start at 10 a.m.


Emily Ratajkowski flaunts her perky derriere in a satin bikini

Emily Ratajkowski is her own best advertisement when it comes to promoting her fashion line. The 29-year-old stunner slipped her slim frame into the skimpiest of swimsuits to showcase her upcoming Inamorata Swim satin line with new Instagram posts on Monday. Donning a two-piece of her own design, the model and actress flaunted her perky derriere and six-pack abs.

WASHINGTON - President Donald Trump said Monday he will not be attending memorial services for civil rights icon Rep. John Lewis this week. Lewis will lie in state at the Capitol as part of six days of funeral proceedings, and the public will be allowed to visit later Monday and Tuesday.

Senate Majority Leader Mitch McConnell unveiled the Republican coronavirus relief plan on Monday as Congress scrambles to respond to a pandemic still wreaking havoc across the country. The GOP outlined its plan after states stopped paying out the $600 per week enhanced federal unemployment benefit and a federal eviction moratorium expired.

Former Bernie Sanders campaign co-chair Nina Turner offered a not-so-appetizing analogy when asked about voting for presumptive Democratic nominee Joe Biden. Turner, who was a prominent surrogate for Sen. Sanders, I-Vt., during the 2020 Democratic primary, expressed her lack of excitement for the former VP to The Atlantic.


Brazil's Bolsonaro Is Accused Of Crime Against Humanity Over Coronavirus 'Neglect'

Front-line health workers and senior clerics in Brazil are adding their voices to the chorus of alarm about President Jair Bolsonaro's response to the coronavirus pandemic. With more than 87,000 deaths and 2.4 million registered infections so far, Brazil has suffered more cases than any other country except the United States.

The first presidential debate will move from Indiana to Ohio following the withdrawal of the University of Notre Dame as host, the Commission on Presidential Debates said on Monday.The debate will still take place as previously scheduled on Sept. 29, but it will now be co-hosted by Case Western Reserve

For those getting restless and tired of cooking at home, there's some good news. Restaurants in the metro have pivoted to outdoor dining to help reduce the chance of spreading the coronavirus in confined spaces. "Based on what you hear in the news, patio dining is what you do," Katrin Heuser, who is Affäre's co-owner and sommelier, told Flatland last week.

"Hey, I really want to look into moving to Kansas City. How's the real estate there?" Said no one ever. Am I being a little hard on my hometown? Sure. But you get the gist: Kansas City isn't exactly a place outsiders have at the top of their lists when thinking about places to settle down and lay a foundation for the rest of their lives.


Increasing sunshine for Tuesday, high near 86

Hide Transcript Show Transcript SO I THINK THE THING IS WE CAN CONTINUE ON THROUGH THE EVENING. WE'RE GOING TO SEE MAYBE A FEW MORE BREAKS IN THOSE CLOUDS HERE THE LATER IN THE EVENING AND EVEN A BRIEF SPRINKLE OR TWO WILL BE POSSIBLE OVER THE NEXT FEW HOURS HOURS OF FOR THE MOST PART THOUGH.

This is the OPEN THREAD for right now and keep going for more local headlines . . .


Truman physicians aim to bust some myths about COVID-19

Who 'ya gonna call? The COVID-19 myth busters In navigating the worst global health crisis in more than a century, an anxious public - in Kansas City and beyond - has had to sort through an array of claims and concerns that aren't always rooted in reality Truman Medical Centers / University Health doctors Mark Steele, M.D.

When three-term Jackson County Sheriff Mike Sharp quit abruptly in 2018 under a cloud of scandal, it never occurred to him that he might try to get his old job back. "I was done with politics," he recalled.

With officials showing no plans to lift area mask orders any time soon, officials in Jackson County, Missouri, are holding three more drive-thru mask distribution events. Health officials, and members of the Jackson County Sheriff's Department will be handing out masks to Jackson County residents in Raytown, Independence and Blue Springs this week.The Raytown event is scheduled from 4 p.m.

OVERLAND PARK, Kan. - On Monday night, at least a dozen local school districts are meeting to discuss back-to-school plans. This all comes as parents around the metro are faced with tough choices about how their kids will be educated this fall.

INDEPENDENCE, Mo. - The Jackson County Health Department is trying to stop a potential COVID-19 outbreak stemming from a party in the Lakewood neighborhood of Lee's Summit. A drive through testing originally for people who were at the party, opened up to the community as well.

KANSAS CITY, MO. (KCTV5) --- Former Kansas City Chiefs and Baltimore Ravens wide receiver De'Anthony Thomas is the second player to opt out of the 2020 season due to the coronavirus pandemic. Thomas opted out on Monday, according to NFL Network reporter Ian Rapoport.

The Kansas City Chiefs, two-time Super Bowl champions, presently have 10 numbers officially retired by the franchise. Of those players, seven are enshrined in Canton in the Pro Football Hall of Fame. Here are the esteemed people to be formally and forever immortalized by the Chiefs organization.

Earlier in the month, I chatted with the two hosts of the podcast What a Hell of a Way to Die. The podcast is lead by two former Midwest dudes who are veterans that now espouse leftist ideologies. It probably shouldn't be such a surprise to find men who've served in the military who can accept progressive positions and react...

Sharpe atleast shaves before he attends a gang bang

Emily reminds us who put the "Em" in "Mmmmighty Fine!"

The difference between Biden and Sanders is that Biden is a bowl of shit and Sanders would give everyone universal bowls of shit.

His should piss on him in the rotunda.

John Lewis was an a-hole to Trump, so I don't blame Trump for focusing on other matters during this chaotic time in our nation's history.

"In an exclusive interview with NBC News' "Meet the Press," Rep. John Lewis, D-Ga., said he does not believe Donald Trump is a "legitimate president," citing Russian interference in last year’s election."

This just in... Donald J Trump hates the Blacks.

While Trump was hiding today from a deceased civil rights icon, you know who wasn't afraid to go to the capital?

Joe Biden. He even talked with Nancy. So much for the bunker myth.

At least there was one person in DC being presidential today.

Did he call someone a dog-faced pony soldier? Attack people in his crowds in demented ways? That sure was presidential.

Also, let us know who he decides should be black, he's pretty clear that you're not black if you don't vote for him. Highly presidential moment.

When he's not groping children or shoving his fingers into his campaign staffers. All extremely presidential.

And then he went back to the bunker for applesauce.

Not even English. Try click language or dragging branches.

John Lewis skipped the inaugurations of Donald Trump and George W. Bush because he thought they were both illegitimately elected. The man wasn't the class act that some Dems would have you believe.

Joe needs to get out the bunker and do some live interviews without a teleprompter. The American people aren't going to elect someone who has lost their ability to put complete thoughts together without reading from a screen.

Trump is so racist that he worked hard to ensure black and Hispanic unemployment reached record lows before China sent the coronavirus over here to destroy our economy. The man was disgusted by the George Floyd killing.

Good for Trump.
Lewis hated him. Why should he go to his funeral?

They have been dragging his body all over the country for a week.
He must be one overripe melon by now. Put his ass in the ground already.

Today, we also found out Donnie (in addition to his long history of assaulting 2 dozen women, wandering into teenage pageant dressing room to see naked children, and wishing a good friend child sex trafficker well from a White House press conference) had yet another dementia moment.

Turns out he just imagined that invitation to throw out the first pitch at a Yankees game just to brag about something. Trump didn't like Fauci throwing a first pitch, so he made up a story about his good friend NY baseball owner inviting him in August and asking if they would have a big crowd. So now he has to make up an excuse about being to busy with the vaccine to go to get out of the fake event. The Yankee organization has no idea what he's talking about.

This is batshit cray-cray stuff. Trump belongs in a loony bin.

Despite the local Stormfront crowd activity above, John Lewis is a civil rights icon. He marched with MLK, he took many beatings, and championed non-violent protests for change.

I agree with you on that