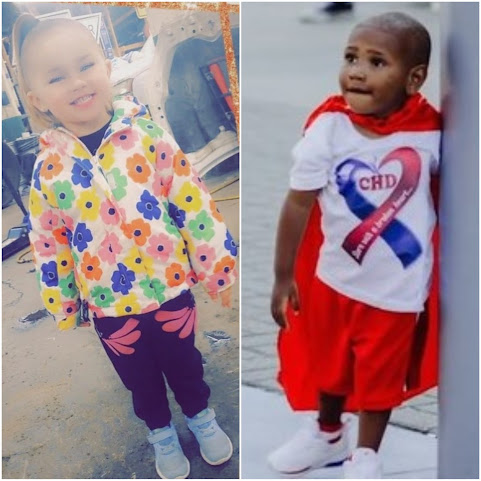 Tonight we reflect on the innocent of Kansas City threatened by a rise in homicide.

The nightmarish Kansas City spate of violence surging across the metro has resulted two very real tragedies which resonate far more deeply than any political campaign or movement.

4-year-old LeGend Taliferro was laid to rest today after he was shot dead in his sleep. His killer remains at large.

Two dead youngsters should remind us that American politics is nothing more than bad theater and protecting innocent lives remains infinitely more important than gaining a rhetorical advantage for social media arguments. Sadly, as the murder count continues to rise in the shadow plague and death across the nation, it's unclear if anyone is attempting to learn from one catastrophe after the next.

And so we share these links to more resources and information for our most dedicated readers . . .


Community mourns after search for missing girl ends in tragedy

KANSAS CITY, KS (KCTV) -- A community's search for a missing three-year-old girl ended tragically Friday when police announced they'd found what they believe to be the body of Olivia Jansen in the woods near 34th and Steele. "We all still hold each other's hand in grief when bad things happen to the children in our neighborhood," one resident said.

KANSAS CITY, Kan. - The father of 3-year-old Olivia Jansen has been booked into jail just hours after his daughter was found dead in Kansas City, Kansas. Howard Jansen III has been arrested on suspicion of child abuse of unknown circumstance and first-degree murder, according to Wyandotte County Jail booking logs.

Group prays for end of violence in Kansas City

Members of seven different churches gathered at Mill Creek Park Thursday to pray for peace. Some of the faithful said federal agents are not enough.

Neighbors said they are trying to understand what happened at the home of Olivia Ann Jansen, 3. Police said Friday evening that they believe they have found the toddler's body near a walking trail at 34th Street and Steele Road."Everybody's crying," neighbor Holli Denney said.Neighbors are reacting after an extremely emotional day and concerns for a family friend and her daughter.

KANSAS CITY, Mo. - Hundreds of people attended the private funeral service for 4-year-old LeGend Taliferro on Friday. Family and friends delivered words of reflection, song, scripture and prayer during the hour-long service. "Although we would rather him be here with us, it was just beautiful.

WASHINGTON, (KCTV) - The White House announced Wednesday a plan to send federal agents in to Kansas City in an attempt to address growing levels of violence in the city. "Operation: Legend" is being touted by the Department of Justice as a response to the surge in violent crime in Kansas City.

Protesters in KC push back against Operation Legend

KANSAS CITY, MO (KCTV) -- Kansas City residents are pushing back against Operation Legend. Earlier this week we learned federal agents are coming to Kansas City. The White House says it's to combat violent crime in KC. On Friday, there was a protest downtown right outside KCPD headquarters.

Pray for the families, pray for Kansas City.

Campaign season is awful, but this is a new low for everybody.

I have to ask why they are against more manpower and intelligence being brought in to solve the rise in murders in the black community? The answer I come up with is that if the problem is solved or controlled the fat reverend and Gwen will lose their platform to rail against the police and white people. It is now time for the white demonstrators to stop attending the demonstrations and let these people know they have spent all of their recently won capital in getting changes made. When you push too hard and too far you lose your audience. I think the worn out BLM act is dying in KC. The reasonable citizens are tired of trying to give these never satisfied nimrods what they want but they never stop. Time to move on.

A daylong Amber Alert ends with another dead kid. If it was a black murdering father, there would have been 75 comments from the stormfront groupies by now.

Instead it's yet another sick and violent white guy, so crickets here. Except for the one stormfront comment above going back yet again to grievances against of BLM.

He has not been formally charged yet. I think his girlfriend did it. Biological mom is in prison.

Most blacks are killed by Blacks, not cops.

federal agents probably got here a week ago and they aren't leaving.

no worries 1:48, 'as evidenced', people think you and your storm front groupies are obnoxious hypocrites too.

You'll notice that there's no attempt to distract from the white criminal's crime by appealing to a fake police brutality narrative.

Argue for a new chief all you want. As long as the revolving door judges and prosecutor remain the same, nothing changes

Boss crackers and niggas will have their way with child killer in the pokey. They'll rip that "Olivia" tattoo off his forehead and suffocate him with a dick.

If the white guy did it, fuck him! We don't defend white criminals with false narratives. If he was my nextdoor neighbor, drinking buddy and it is evident he did the crime, fuck him!

I would turn him in a heartbeat. Then I would applaud when they put him in cuffs. If he resisted I would cheer that they had to adjust his attitude. Whether it is a DUI or any crime, whether he is my best friend or neighbor, if he is going to commit crime in our communities, fuck him!

This is how most white people view criminals in their communities, what is wrong with you black people?

6:53, are you waiting for a new police chief that has a crystal ball that tells him ahead of time where a murder will take place?

We know where it will take place by the data.

7:46 AM. Yeah. I would like to know too. Silence is continued violence when it is about perpetrators.
Defending criminals as saints against the police is insane. You want the police, you don't want the police, but it's 911 when it's crunch time.

What is wrong with you Black people???

^^^^ But one of the killers featured in this post was WHITE? What's wrong with you that you didn't see it. Weird?

7:49, if you had the data, why didn't you call the police ahead of time? You could have prevented a murder with your data!

8:39 AM Weird that you didn't get the contrast. White people will turn these criminals (white) in and support the police in capturing them and Black folks...

8:45 Argumentative deflection. You have the same responsibility.
It is a fact of the absolute demographics and the the usual geographics.

8:39 you have fucking zero reading comprehension skills. Fuck you.

As violent crimes go up, the Marxist solution is to defund police and let criminals go free.

Yep, makes me want to go right out and vote Democrat...

Both killed with the involvement of parents. Parents killing children or causing them to be killed because they themselves are a target. Cowards, both.

This makes the case for defunding the police.

If some of the police funding went to more community resources, the problem would have been stopped before it started. Prevention before is always cheaper than punishment after.

Preventing crime is the goal. Catching more murderers isn't success. It only proves society is failing.