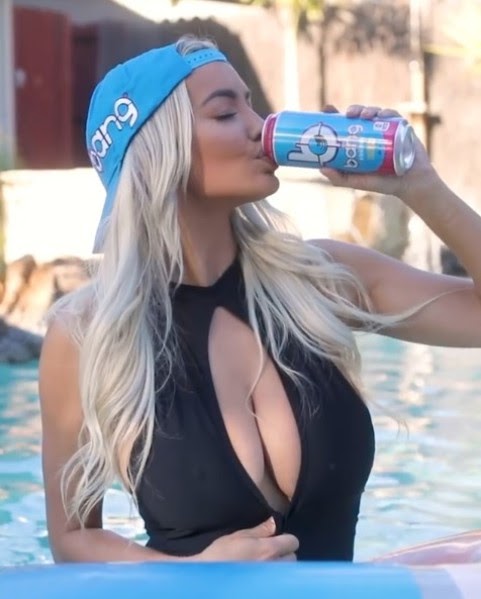 A quick peek at Lindsey promo hotness along with pop culture, community news and info from across the nation and around the world . . .


'Nothing is impossible': Patrick Mahomes graces cover of August GQ

While Kansas City has known we have something special in Patrick Mahomes for a while, the rest of the world is starting to see the MVP's superstar qualities.Mahomes graces the August cover of GQ magazine with an in-depth article titled, "How Patrick Mahomes Became the Superstar the NFL Needs Right Now."The article touches on Mahomes embracing his role as spokesperson for the league, and within the league, especially where it pertains to social justice.

KANSAS CITY, Kan. - The Kansas State Board of Education is wading through some of the 1,100 pages of safety guidance local schools will be asked to use. Some local healthcare professionals are concerned now is not the right time to send students and teachers back.

A man wearing a Make America Great Again hat showed his gun to an employee at a restaurant in Mission, Kan., after he was asked to provide an explanation for not wearing a mask in accordance with coronavirus restrictions, staff told loca

Lindsey Pelas stunned her 8.9 million Instagram followers with her latest video, rocking a high-cut black swimsuit that showed off all her curves. She posed dramatically in the footage, part of which was taken in slow motion. The one-piece featured a modest neckline that was cut high on her neck.


Asked why Black Americans are killed by police, Trump responds, "So are White people"

Watch more from Catherine Herridge's interview with President Trump on the "CBS Evening News" at 6:30 p.m. ET, and on "CBS This Morning" from 7 to 9 a.m. ET. Washington - In an interview with CBS News on Tuesday, President Trump said the killing of George Floyd was "terrible" but appeared to bristle when asked why Black Americans are "still dying at the hands of law enforcement in this country."

In a swift reversal, the Trump administration has agreed to rescind a directive that would have barred international college students from the U.S. if their colleges offered classes entirely online in the fall semester. The U.S. Immigration and Customs Enforcement rule change, released last week, would have prohibited foreign students from entering or remaining in the country to take fully online course loads.


CNN, MSNBC Cut Away From Donald Trump's Rose Garden Remarks As He Launches Into Campaign Attack On Joe Biden

CNN and MSNBC cut away from President Donald Trump's Rose Garden remarks on Tuesday after he veered from an announcement about the situation in Hong Kong to a lengthy campaign attack on Joe Biden and his economic and energy proposals. CNN's Wolf Blitzer explained that they network cut away because it was "deteriorating into a campaign kind of speech."

The U.S. closed five military bases in Afghanistan as part of an agreement signed with the Taliban more than four months ago, a U.S. official confirmed to Fox News. The deal promised to withdraw all U.S. forces from the bases in the first 135 days, a milestone met on Tuesday, President Trump's special representative to the talks, Zalmay Khalilzad, said.

Hong Kong's protesters have a tortured relationship with Apple. While the iPhone's AirDrop function has helped protesters spread messages quickly in crowded situations, the US tech giant has also thrown obstacles in their way, most notably when it removed a real-time protest map app from its app store last year.

OVERLAND PARK, KS (KCTV) - Two rookie officers haven't been on the force at Overland Park Police Department for more than a year and a half. This was both their first non-breathing call involving a kid and they rose to the occasion. "I'm just grateful we were there.

The big contract signings keep coming for the Kansas City Chiefs and and their general manager Brett Veach. Many were worried that the record-breaking deal given to quarterback Patrick Mahomes a week ago Monday might limit the team's ability to retain other high-priced free agents.

Hide Transcript Show Transcript OF RAINFALL OUT. WAIT UNTIL THE BOUNDARY GETS CLOSER TO US. HERE IS A LOOK AT FIRST ALERT FUTURESCAN. STORMS POPPING UP AHEAD OF THE FRONTAL SYSTEM MAINLY ACROSS THE NORTH PORTION OF OUR VIEW CH -- VIEWING REGION. I THINK IT WILL BE A PREDAWN EVENT FOR MOST OF US.

she spilled a droplet.

The masks protect us from the stench of city politics.

The whole MAGA dude with a gun story is 100% pure b.s. sounds like somebody is desperate for business because who the hell ever heard of rj’s bbq?

Liberals lie about everything

Some punk 18 year old acting like he is somebody questions a customer about not having a mask. Many people can't wear them due to breathing disorders and the order Kelly put out lists those as being an exemption to wearing a mask along with several others.

Maybe some of you assholes should read the order before you act stupid about what it says.

That Lindsey Pelas is about 1000x hotter than that cow Demi Rose.

11:04 trotting out the ol bullshit. let me guess those with breathing disorders carry around those garbage laminated cards that say "My doctor advises against me wearing a mask"?

Quit being a bitch and wear a fucking mask.