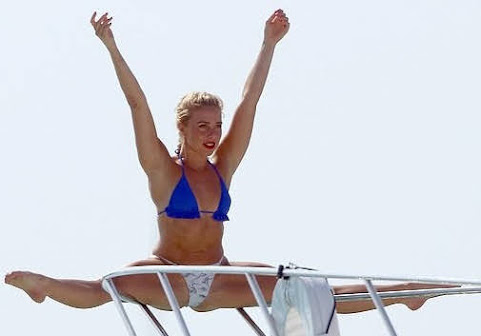 This fair use snip inspires us to consider the tense relationship betwixt celebrities vs. paparazzi as social offers a way to bypass the traditional mainstream media and voyage into murkier tech waters . . . And all of this precedes our examination of pop culture, community news and info from across the nation and around the world . . .

KANSAS CITY, Mo. - No matter the instrument, members of the Kansas City Symphony play on as their symphony performance schedule is postponed into 2021 during the pandemic. They're not performing, but teaching their students. "There's a really noticeable brightening when they come on the screen when you see them each week," said cellist Allen Probus between offering pointers with his student, Kiersten Leeper.

KC Diversity Note: Dogs ‘Love’ Anybody Who Feeds Them

In the wake of the police killing of George Floyd, more businesses are looking to engage and better include their Black customers and clients.

KANSAS CITY, Kan. - Researchers at the University of Kansas medical school will begin testing one of the more promising vaccines for COVID-19 in the next two weeks. Doctors say they're excited by this trial. There are five potential vaccines currently supported by the National Institutes of Health.

She's marked her first holiday since UK coronavirus lockdown restrictions eased by treating herself to a break in Spain. And Gabby Allen kept the good times rolling as she enjoyed a boat ride with her friends in sunny Ibiza on Saturday afternoon.


Biden says he will choose his running mate next week

Donald Trump Jr. has limited access to his Twitter account after sharing a video on the social media platform that violated its Covid-19 misinformation rules, the company confirmed Tuesday. A Twitter spokesperson called out the president's son for violating its policy on "spreading misleading and potentially harmful information related to Covid-19."

Divisions within the Republican conference spilled out once again Tuesday as GOP senators dismissed key pieces of their own leadership's stimulus proposal not even a day after its release.

The world's biggest nuclear fusion project has entered its five-year assembly phase. After this is finished, the facility will be able to start generating the super-hot "plasma" required for fusion power. The £18.2bn (€20bn; $23.5bn) facility has been under construction in Saint-Paul-lez-Durance, southern France.

For most things, you can get your news and analysis in a lot of different places. There's NPR, CNN, the New York Times, the Kansas City Star, and a slew of other traditional media. YouTube, Twitter, and podcasts are increasingly valuable in the media landscape.

A new retail operation in Kansas City's Westside neighborhood is a sign of massive growth, hot on the griddle for Yoli Tortilleria. "There's nothing, for me, better than once you put that warm tortilla in your hands and just experience it," said Marissa Gencarelli, who co-owns and operates Yoli with her husband, Mark.

Rain Down This Week

Hide Transcript Show Transcript A FEW SHOWERS AS WELL. THE FORECAST IS NOT BAD FOR GRILLING. 20% CHANCE OF SOME SHOWERS SOUTH AND SOUTHWEST. 80 DEGREES BY 9:00. 71 IN LEAVENWORTH AND ST. JOSEPH. 69 AS YOU ARE HEADING UP TOWARD CHILLICOTHE. THERE ARE SOME WHO WILL START OFF COOLER THAN YOU WOULD EXPECT.

(CNN)Presumptive Democratic nominee Joe Biden said Tuesday (he) HIS HANDLERS will choose (his) THEIR vice presidential running mate next week.

There, fixed the headline.

I’d like to screw that Gabby Allen gal real deep and hard.

Does anyone really believe that an upscaled Tokamak style reactor is actually going to work? None have reached breakeven and probably won't with this latest one either.

The apple didn't fall far from the tree.

KU corona vaccine trial is for people out and about.

Try the Ozarks to see if the vaccine really protects you.

"Republicans are revolting" - this is news to anybody?

A West Virgina man is behind bars after deputies say he wandered around a hotel naked while identifying himself as Batman.

Byron Funkhouser was arrested on exposure of sexual organs and loitering charges. He remains in jail wearing orange.