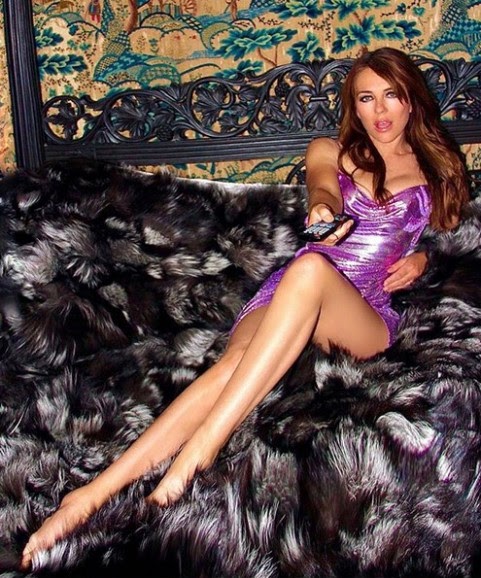 In a dress she modeled more than 21 years ago, 55 year-old hottie Liz Hurley and her social media shared promo which inspires this #TBT peek at pop culture, community news and info from across the nation and around the world . . .


Kansas City Seyz YOU COUNT In Desperate Effort For Cash

KANSAS CITY, MO (KCTV) -- A total of 40% of Kansas Citians will go unaccounted for, unless people fill out the census. Right now, just under 60% have completed it and there's a big push to increase the response rate.

More people than ever are asking for absentee or mail-in ballots for next month's primaries. That's in both Kansas and Missouri.At the Jackson County Election Board, workers are swamped with requests for absentee and mail-in ballots.The worries about the coronavirus seem to be driving this.

Leaders of quasi-governmental entities that receive funds from City Hall will be required to live in Kansas City and earn no more than the city manager does, City Council members decided unanimously Thursday. Mayor Quinton Lucas introduced two ordinances last month imposing the restrictions on director-level employees of organizations that receive at least 20% of their funding from the city, such as the Economic Development Corp.


Businesses not required to shut down following positive COVID-19 test

KANSAS CITY, Mo. - Businesses in Waldo are making changes to the way they do business in order to keep staff members and customers healthy. "Our goal is to try to stay as healthy as possible, keep our employees as comfortable as possible and still try and serve people," said Mollie Lothman, co-owner of McLain's Bakery.


Elizabeth Hurley, 55, puts on a stylish display in a red silk dress

White House officials have said the interviews are a necessary exercise to determine who would be willing to serve in a second term if President Donald Trump is reelected.

WASHINGTON - White House Press Secretary Kayleigh McEnany on Thursday emphasized that schools reopening this fall shouldn't be contingent on science surrounding coronavirus, but then claimed the "science is on our side here" as the pandemic continues unabated.

Attorney General William Barr blasted Hollywood on Thursday for what he characterized as self-censorship to appease China and ensure entry into its marketplace, to the extent that studios have given the Communist Party "a massive propaganda coup." Barr made the remarks in a speech on Thursday at at the Gerald R.

The FBI has launched an investigation after hackers hijacked Twitter accounts of a number of high-profile US figures in an apparent Bitcoin scam. "The accounts appear to have been compromised in order to perpetuate cryptocurrency fraud," said the bureau, urging the public to be vigilant.

The bar at The Truman // Photo courtesy Truman The last mixtape I made was for the woman whomst is now my wife. The art of playlists is unfortunately now lost to me. I cannot High Fidelity myself through any situation. Luckily, our friends at The Truman music venue are picking up the slack.

The Kansas City Chiefs must be feeling pretty good right now. After a liquor store manager manages to break news of a big contract signing when a team employee comes in to buy bottles of champagne, some teams might be disciplining their employee - or complaining to the store for the actions of their employee.


It will get hotter with high humidity

Don't worry about the census and monies for KC. Apparently shitty has plenty since no parking fines enforcement any longer. Que Sera Sera

Kayleigh McEnany is taken out of context again. She absolutely said Science should not stand in the way of schools reopening, meaning, if you listen to the entire sentence, that there is no science or statistics showing that kids shouldn't be physically back in school. In fact, there is empirical evidence that supports reopening schools fully, and numerous pediatricians support that, even on MSNBC.

Thank god mayor mckneely said that non city entities and their directors that receive city funding can’t make more than the city manager does, how smart of you mayor mcdrinkerson, the city manager makes $250,000 a year. Makes you wonder how much these crooks like Gwen grant and the morons at the jazz district were making to begin with.

I bet Gwen is pissed that she had to take a pay cut for her useless part time job.

^^^^
No, actually she'll just double her efforts at shaking down and intimidating more corporations for cash.
There are always plenty of folks around KCMO who are terrified at being called names and threatened.
That's how the system works.
Just ask Jessie and Al.
And look at all the vandalism taking place against private businesses in the P&L District, even as the city electeds approve another $7 million of taxpayer money to follow the over $100 million that's disappeared there.
Maybe the activists can claim the police are doing the damage.
Kneeling may be in order.

Attorney General McCarthy strikes again!
I expect him to say any day now that "I hold in my hand aa list of 150 names of Hollywood Executives who are members of the Chinese Communist Party"!

Seriously, I understand that blind abject and unquestioning devotion to Donald Trump is demanded in order to keep a job in this Administration, but does Barr have any concept at all of what the Attorney General OF THE UNITED STATES is supposed to do?

(hint... HE IS NOT SUPPOSED TO BE THE PRESIDENT'S PERSONAL LAWYER!)


Cool Patrick Mahomes is an alcoholic at the age of 24. Drink up little halfrican your going to mess up bad and I can't wait. Can't stand this freak. Look at his hair ewwwwww grotesque.

^^^You hate him, because you ain't him! He's young, you're old. He's rich as hell, you're broke as shit. He's achieved his professions highest honor, you're here. He's famous, you're nothing. He's a terrific person, everybody hate you. That about sum it up Boomer? Though so. Now get your shinebox.

“And when he says open, he means open in full, kids being able to attend each and every day at their school. The science should not stand in the way of this.”

Moments later: she quoted one guy, Scott Atlas, a neuroradiology chief from Stanford “The science is on our side here. And we encourage localities and states to just simply follow the science and open our schools. ”

Now, I'm sure Dr. Atlas is highly respected in his field but he's not a pediatrician or epidemiologist. And he's Fox News contributor. Take that how you want it.

The American Academy of Pediatrics does endorse a return to school for elementary school age children based on mounting evidence that the virus in young children is uncommon. That does not include middle school and high school kids.

At a minimum her use of the phrase was fucking idiotic and a statement of conflict to begin with (science shouldn't stand in they......the science supports it) and I'm sure she pulled it out of her little subject tabbed notebook she brings to every press conference so she can provide a smarmy half ass answer any true lawyer would give.

"HE IS NOT SUPPOSED TO BE THE PRESIDENT'S PERSONAL LAWYER!"

Right you are! He's supposed to be the President's wing man, like Obama's AG Holder said. And Obama did not contradict him.

^^^Bad case of whataboutism. Get it checked out.

^^and what you're doing is called "whataboutisim" and it's the crutch of the feeble-minded. You have no counter argument, so you resort to"whataboutisim". to answer back to something you can't speak intelligently about. Please go away as you have now been run from this blog.

^^ha ha! You got run and now you're all triggered and stuff! Ha ha!