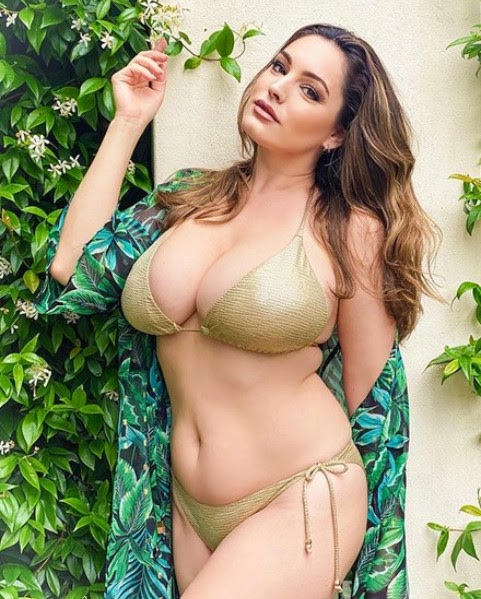 Right now we celebrate KB's enduring body of work along with pop culture, community news and info from across the nation and around the world . . .

KANSAS CITY, Mo. - After months of questions, negotiations and uncertainty, the Kansas City Royals were back on the field Friday at Kauffman Stadium for their first day of Summer Camp 2.0. The crack of the bat could be heard once again at "The K."


Throwback Thursday: The day Patrick Mahomes signed his first contract with the Chiefs

With Patrick Mahomes signing a new mega deal this week to keep him in Kansas City for the next 12 years, it brought back memories of the day the star quarterback signed his first contract with the Chiefs.That day was July 20, 2017.And even back then, Mahomes could sense that something special was about to happen in Chiefs Kingdom.

KANSAS CITY, Mo. - In the days before and after the last holiday weekend, Kansas City area pediatrician Dr. Natasha Burgert said the phone kept ringing. "We are definitely getting so many more phone calls in the office about kids being exposed, kids getting symptoms, parents being exposed, being at different parties or events where people are now positive," she said.

KELLY Brook looked unbe-leaf-able today as she showed off her "post-lockdown" curves in a daring gold bikini. The 40-year-old put on an eye-popping display for her 1.2m Instagram followers as she posed in her garden in the swimwear. Taking to the app, the brunette smouldered for the camera in her two-piece which she teamed with a leaf-print maxi kimono.


You Won't See Trump's Taxes Before Election Day, But He Could Face Bigger Problems

Supreme Court cases are complicated, and their implications can be muddy. But a few things are clear from what the court decided Thursday about the President Trump's financial records. Presidents do not have absolute immunity from having to release financial records, and more specifically to Trump, we likely won't see his taxes until after the presidential election.

Former Secretary of State Colin Powell indicated on Thursday that media figures overreacted to a recent report that Russian officials placed bounties on the lives of U.S. soldiers in Afghanistan. "What I know is that our military commanders on the ground did not think that it was as serious a problem as the newspapers were reporting and television was reporting," Powell told MSNBC's Andrea Mitchell.


Republicans reportedly want to shrink the 2nd round of $1,200 stimulus checks for low-income Americans and limit who gets government cash

Congressional Republicans are weighing whether to narrow the recipients of a second stimulus check to Americans with lower incomes, though they haven't settled on an income threshold, The Washington Post reported. Senate Majority Leader Mitch McConnell on Monday opened the door for another stimulus check, singling out people earning under $40,000 a year as being among the hardest hit.

More Reasons To Avoid The Gym & Everywhere Else


Airborne transmission of coronavirus in restaurants, gyms and other closed spaces can't be ruled out, WHO says

The World Health Organization published new guidance Thursday, saying it can't rule out the possibility that the coronavirus can be transmitted through air particles in closed spaces indoors, including in gyms and restaurants. The WHO previously acknowledged that the virus may become airborne in certain environments, such as during "medical procedures that generate aerosols."

Rocketman On The Move

LIBERTY, MO (KCTV) -- The Liberty Area Chamber of Commerce has canceled the 2020 Liberty Fall Festival out of interest for public health and safety in light of the COVID-19 pandemic. "The Fall Festival has been a trademark of Liberty for over four decades.

Want to binge Fringe? You're going to have to do it online this year. After collaborating with artists, the KC Fringe Festival opted to move to this year's performance calendar to a digital format. On an up note, there are a whopping 35 digital entries-comprised of 23 local, nine national, and three international artists.

Officials with Powell Gardens said employees have been working to put COVID-19 safety precautions in place to ensure guests can have a safe and enjoyable experience while taking part in the 2020 Festival of Butterflies. The event, in its 23rd year, allows visitors to learn about and interact with more than a thousand free-flying butterflies and moths.

That's a lot of news to unfold. Thanks, T.

boy, we look forward to the royals' games, but only after there's a vaccine.

Them butterflies better be wearing masks or I'm calling the cops.

Coi-19 isn't the only disease danger at the Gym, those guys don't pack on those muscles "for the Girls".

That Kelly Brook sure has some nice big luscious titties. I’d like to get on her.

The crack of the bat could be heard once again at "The K" but there is no one there to hear it, did the batter really swing the bat?

Do the Dems have any ideas on how to make America better other than harassing Trump and his entire staff for his full term? The part about defunding the police so crime runs rampant and opening up the Mexican border to illegals so our taxes go up and our jobs get taken isn't cutting it. If Biden wins, get ready for the GOP to lay on the payback.

So glad to see that Colin Powell finally grew a pair this week and called out the MSM for the liars they are. Thanks General Powell.