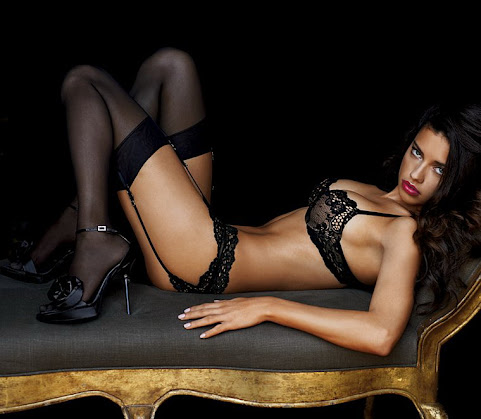 Inspired by the enduring hotness of one of our all-time fave fasionistas, our traditional #TBT blast begins the morning with a glimpse at pop culture, community news and info from across the nation and around the world . . .


Non-fatal shootings spike in KCMO along with homicides

The record homicide pace in Kansas City, Missouri, is dominating headlines, but the total number of shootings has risen at an alarming rate as well. There were 318 non-fatal shootings in KCMO through the first six months of 2020, a nearly 29% increase from 2019 and at least a four-year high.

KANSAS CITY, Mo. - It's Christmas in July for some Country Club Plaza businesses. Secret Santa showed up to pay for repairs at a handful of stores that are seeing hard times. Some shops still have busted out windows from the protests back in May, but not if one local family can help it.

EXCELSIOR SPRINGS, Mo. - Some Kansas City metro farmers are featured on a new website that highlights local farms with delivery options for consumers. Farmsthataredelivering.com allows customers to select the city closest to them to see a list of several farms in the area.


Yes, TikTok Has A Serious China Problem-Here's Why You Should Be Concerned

There was an irony to the news on June 7 that TikTok was exiting Hong Kong. Its name joined those of Facebook, Google and Twitter, and then Microsoft and Zoom, as major U.S. platforms announced a rethink of their operations in the territory as its new national security law came into force.


Republican Groups Backing Biden Get Attention. Their Impact On Voters Is Less Clear

John Farner considers himself a lifelong Republican. He worked on George W. Bush's 2000 campaign and then took a job in the administration's Commerce Department. But Farner was skeptical when he saw Donald Trump step onto the GOP stage. And in 2016, he chose not to vote for any presidential candidate.

Donald Trump Jr., called out the mainstream media on " Hannity" Wednesday and criticized calls by far-left activists to "defund the police," saying "they have lost their minds." "They were telling us, 'Well, you know, defund the police doesn't actually mean defund the police. It means something a lot different than that.'

WASHINGTON - A growing chorus of American officials have said in recent days that the intelligence suggesting Russians paid "bounties" to induce the Taliban to kill American service members in Afghanistan is less than conclusive. But the debate about that narrow and contested issue distracts from a larger, often-overlooked consensus, current and former military and intelligence officials say.

Patrick Mahomes' record-breaking 10-year contract extension with the Kansas City Chiefs worth $503 million will inevitably allow him to purchase big-ticket items whenever he wants. But the average everyday person will still be able to do some fun activities that Mahomes' contract with the Chiefs prohibits him from doing.

KANSAS CITY, Mo. - Two dogs have died in the Kansas City metro due to heat exposure in the past two days, and area animal shelters are warning pet owners and advocates to take precautions as temperatures continue to increase.

The very first contestant to win "The Bachelor's" heart in Season 1 is a woman from Kansas City. ABC re-aired part of the season this week. Amanda Marsh said it was a little hard to watch.Back then, Marsh said she never imagined millions would tune in to watch a dating show.

Today is a Storm Track 5 Weather Alert Day. We are tracking a 60% chances for storms this morning with highs near 87 this afternoon.

Don jr. doesn't know what he's talking about, the president must be getting really desperate if that's his only defender.

As for those republicans for Biden, theyre the same idiots that got Us into Iraq. Biden can have them

It’s not even close to being over, what idiot wrote that? We’ve had a shooting spree that’s been going on for nine years, just because there’s a lull in shooting for 24hrs doesn't mean anything other than the murderous blacks are re-loading.

The democrats haven't changed at All, they are corporate whores just as much as Trump, they just prefer different positions and a classier clientel.

Right clear the decks so Trump can look presidential instigating a lunatic's war against Iran and China.

All, 100%, of you right wing idiots were rabid for invading Iraq, you lying Trumpy twit. Now you want to pretend it was someone else. Fuck off moron.

Says the Trumpy while demanding war on Iran from the other side of his mouth.

The money from the street art carp should go to merchants who suffered Black Lives Matter damage to their businesses.

IS he prohibited from nailing those pesky racist white girls ? Hell no, the meat color choice of most Pro players. Racists white Women, not dark gals. Call others Racist and hateful, fuck them exclusively when you get some bucks. Weird


Whoever the person is who is helping the Plaza needs their butt kicked. This is something the city needs to pay for they are the ones who allowed this.

Oh ones! The bounty narrative is bullshit!

As we have been telling you. Another hoax coming right up!

If there was ever any doubt about the dumbing-down of Americans, the Bachelor show serves as undeniable proof. Their target audience is white females.

There are an equal number of shows directed towards the black community. Judge Judey is a good example. Wendy Williams, another.

Typical IQ level around 40. Chigger/gimpy's is closer to 20.

^^^^ Just because Russia stiffed the Taliban and didn't pay the bounties they promised doesn't make it right, kiddo!

Don Jr. is mentally broken from dealing with his father. Geesus, he interviewed Sr. a couple weeks ago and the shit was disturbing. That whole family is fucked up.

7:04 - Biden voted to use military force in Iraq. Trump didn't. So are you going to vote for the warmonger?

Someone has a new hobby.