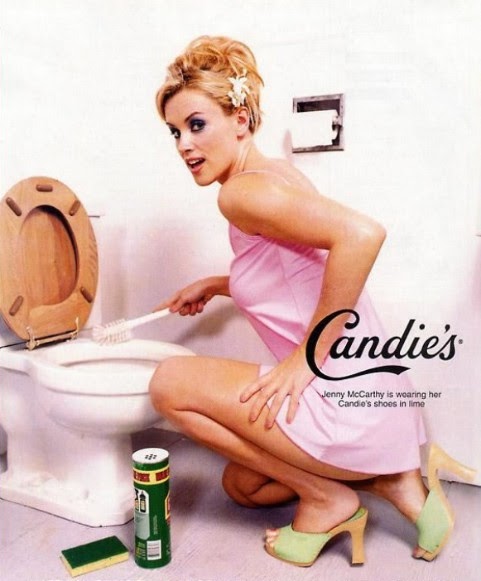 Jenny McCarthy's 90s-era adverts for Candies have become a part of the American advertising lexicon and they represent a long-gone era of ironic/iconic exploitation marketing. Now, American pop culture has given up self-referential post-modernism in favor of feigned outrage.

And given "all that" we share these community news links so that they don't go to waste and in order to share a better look at this cowtown and these "unprecedented times" or whatever . . .

KANSAS CITY, Mo. - T-Mobile is making a big commitment to the metro area by paying to call Kansas City's downtown arena the "T-Mobile Center" for the next 12 years. The disappearance of the Sprint name may not signal big changes for our region. T-Mobile says it will continue to pay naming rights at Kansas [...]

Hide Transcript Show Transcript LARA: A CHARITY IS DETERMINED TO CONTINUE HIS MISSION. FOLDS OF HONOR GIVES -- TO FALL IN SERVICE MEMBERS. COVID-19 HAS DEVASTATED FUNDRAISING EFFORTS. ROB HUGHES EXPLAINS HOW YOU CAN HELP. IMPACTS ALL OF US SO IT IS SOMETHING I'VE BEEN VERY PRODUCED STAND WITH.

PARKVILLE, MO (KCTV) - 16% of students at Park University are here with a student visa. ICE announced this week that those students must leave the United States if their classes are all online this fall. Noura and Nada Meawad are twins from Cairo, Egypt.

KANSAS CITY, MO (KCTV) -- Jackson County is making it easier for families to get their back-to-school immunizations. The health department wants to make sure every student is up to date on their immunizations, even if school doesn't happen the same way this year.

RAYTOWN, Mo. - Local school districts are etching out plans for how they'll welcome back students and teachers in just a few weeks. Just like businesses in the community, schools will be adapting to new standards to enforce distancing, and they're planning for what to do if students or staff get sick.

SHAWNEE, KS (KCTV) - The Shawnee Mission Park Beach is closing for two weeks effective immediately after a staff member tested positive for the coronavirus, Johnson County Park and Recreation District officials announced Wednesday. The district said the staff member was involved in training with other beach staff, and no patrons were present at the time.

New York Governor Andrew Cuomo announced that Kansas has been added to the state's travel advisory, along with Oklahoma, Delaware and 16 other states previously on their list. Anyone traveling to New York from Kansas must quarantine for two weeks upon arrival.

KANSAS CITY, Mo. - A roaming black bear nicknamed "Bruno," who became a social media star after his journey from Wisconsin to Missouri, was sedated and transported away from suburban St. Louis "to suitable habitat," according to the Missouri Department of Conservation.

Party In The Dotte Persists


Wyandotte County Fair goes on without food, rides or fair-goers

The Choice Is Yours

Abby Hoover Managing Editor Kansas Citians will have the opportunity to exercise their right to vote in the Aug. 4 Primary Election for many local, statewide and nationwide offices. Votes will be cast for Governor, Lieutenant Governor, Secretary of State, Attorney General, State Treasurer, U.S.

I'd rather buy her panties than her shoes.