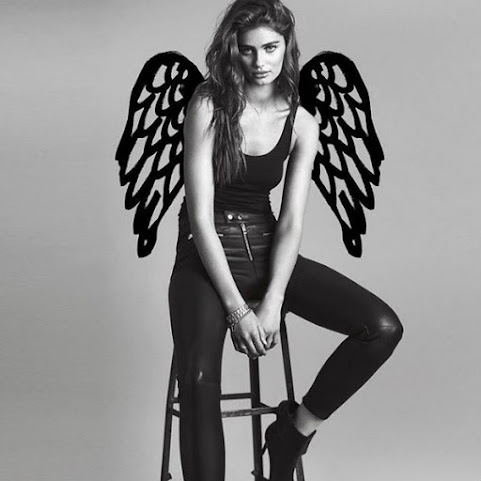 Inspired by angel Taylor, we're inspired to take a quick look at some of the most important headlines for today . . .

The KC Royals have had six players test positive for COVID-19 and while no cases have been serious, the virus has impacted the team's Opening Day roster. As of now, Major League Baseball is set to begin regular season action on July 24th.

TOPEKA, Kan. (WIBW) - Overland Park is among the least stressed cities in the United States. A recent WalletHub study shows Overland Park is among one of the least stressed cities in the nation. The personal finance website says nearly 40% of Americans are experiencing significant stress due to COVID-19, which is why it released its report on 2020′s Most & Least Stressed Cities in America.

Kansas City Rolls With It

KANSAS CITY, Mo. - The Great Car Show gets underway today at the WWI Memorial south lawn. More than 200 vehicles are expected to be on display from 10-3. Classic cars, hot rods, exotic cars, muscle cars, antiques and military vehicles will be scattered throughout the lawn for the public to stroll by and admire.

Joe Biden leads Donald Trump by 15% among registered voters nationally and holds a 20-point lead when it comes to who Americans trust to handle the coronavirus pandemic, according to a new poll out on Sunday.


China's ambassador to the US: Is America willing to live with China?

China's Ambassador to the United States, Cui Tiankai, said America must make a "fundamental choice" about whether it can live peacefully with a "modernized, strong, prosperous" China.

Over a 24-hour period, the world saw nearly 260,000 new coronavirus cases - a new record. Deaths were also on the rise, with 7,360 new fatalities reported Saturday in the highest one-day increase since May. The World Health Organization announced the numbers Saturday.


Face Masks Really Do Matter. The Scientific Evidence Is Growing

Face masks are emerging as one of the most powerful weapons to fight the novel coronavirus, with growing evidence that facial coverings help prevent transmission-even if an infected wearer is in close contact with others.

LAWSON, Mo. (AP) - A dog named Cleo who disappeared from her home in Kansas earlier this month turned up a few days later at her old home in Missouri, about 50 miles (80 kilometers) away.

THIS Is Bubba's Year

Despite the litany of labels, judgments and expectations placed upon Bubba Starling since being drafted fifth overall in 2011, the athletic phenom from Gardner Edgerton High School remains laser-focused on growing into a productive major-league baseball player. Starling, who'll turn 28 early next month, has been open about his trying journey to the big leagues with his hometown Kansas City Royals.

Rain chances last through Monday, and throughout the week.

Ok, I had enough, put your little blue mask on, get a match and hold it about an inch from your face and blow.

Report back with your findings and for gods sake, dont be a dumbass and get the match to close, I don’t want you stupid liberals setting your face on fire!

Trump flattened the curve -- the original goal was attained. That, and the fact he stopped a lot of flights from China with Chinese citizens on them, saved millions of lives. When you have medical "experts" who waffle back and forth on what should be done, like Fauci and his mask advice, Trump did a great job. The pervasive liberal news media -- an arm of the Democratic Party -- keeps focusing on total cases so Sleepy Joe can stay in his basement, the Dems can cheat on mail-in voting and the economy can continue to tank.

Remember one thing about “medical experts” they always always always go with the worst case scenario. Look at that idiot Rex archer if you want local proof, that man is cra cra, he predicts doom and gloom 24/7.

And the dumbass is to much of a coward to admit the riots caused the numbers of cases reported to triple. He won’t even admit that most people in this city have been doing the right things since the beginning, effing chickenshit is what he is.

He won’t even produce the recovered numbers because he’s trying to scare people to death. Bwak bwak bwak!

masks save lives. they're all we have for mitigating the spread while still having freedom of movement.

if everyone wears a mask, it'll lower transmission.

wear a seatbelt AND wear a mask.

Doctors and nurses wear masks, so I am too.

I can feel my breathe with my hand when I blow through my mask, they ain’t stopping shit, get over it.

It’s only the young people spreading the virus now so if we could find a way to get them to do the right things instead of them only thinking of themselves....

we're actually missing it and will watch some games on TV.

SMART DOG, that Cleo!
Got out of Kansas, didn't she?

My grandfather had an old tomcat who did what Cleo did. After his house was sold the cat was taken out to the country side and released. Took him about three weeks to make it back home.

That model looks like "Alley" the former Tanner's waitress that fell in the parking lot and broke her wrist. In spite of that she went home with a couple guys and had a twosome, she was from Tulsa, I miss her....