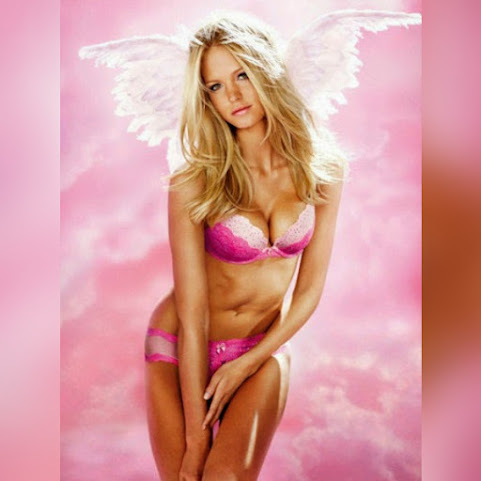 Angel inspiration and a quick peek at headlines that we're checking this morning . . .


Kansas City Tourism Explored In The Time Of Corona


Things to Do in Kansas City Right Now | Visit KC

The Kansas City area continues to implement measures designed to prevent the spread of COVID-19. Specific reopening guidelines vary by city. Detailed information from several municipalities in the region can be found using the below links. Several governmental organizations have begun requiring the use of masks in public spaces, including the City of Kansas City, Missouri and the State of Kansas.

OVERLAND PARK, Kan. - The "Shop for Her" event in Overland Park is happening, despite the Coronavirus. The event, which is in its 12th year, said they were supposed to have it in June but pushed it back to see what safety measures they could take to bring people to the shopping event.

Following is a list of applications received for small business grants through the Platte County CARES Small Business Grant program as of July 16.

To Dean Johnson, the math just doesn't add up. The coronavirus forced schools to rethink how they delivered education as they sent kids home this spring and prepared for an uncertain fall term. That reimagining came with real costs as schools had to invest in new technology, deliver meals in new ways and stock up on cleaning products.

One hundred days before the presidential election, Joe Biden has built a commanding and enduring lead over Donald Trump, whose path to victory has narrowed considerably in the months since the coronavirus pandemic began.


Eric Trump on Biden's sit-down with Obama: 'How daring he is to come out of his basement'

Eric Trump, executive vice president of the Trump Organization, appeared on "Watters' World" Saturday and slammed Democratic presidential nominee Joe Biden for not taking tough questions from the press, describing him as "arrogant" and saying he's making a "mockery" of the presidential election.

Money Has No Loyalty

Chinese companies have raced to sell shares on Wall Street this year even as relations between Washington and Beijing plunged to their lowest ebb in decades. The number of initial public offerings by Chinese businesses on the New York Stock Exchange and Nasdaq have more than doubled since the start of this year, according to Dealogic data.

Victoria's Secret rejected a conspiracy theory circulating online claiming RFID tags in its bras and underwear are being use for human trafficking. In a series of posts circulating on social media, users falsely allege that the radio-frequency identification tags - which are commonly used in the industry to track inventory in real-time - are tied to sex trafficking.

Brandon Jones must have learned something during two stifling Truck Series races at Kansas Speedway. The 23-year-old Jones came roaring around the outside of Austin Cindric on the second attempt at a green-white-checkered finish Saturday, then won the race to the finish line for his third career win

KANSAS CITY, Kan. - Dozens of people met in the parking lot of the Coach Lite Club in Kansas City, Kansas Saturday for a benefit dinner in Olivia Jansen's name. "It's just amazing to see how many people have come out for her," said Ramona Olivas, a family friend.


Tamara Day is selling furniture from her show Bargain Mansions. Here's when and where to buy

Photo by Nate Sheets Looking for a conversation-starter piece to brighten your interior or exterior space? You'll find it at the "As Seen On Bargain Mansions Sale" hosted by Tamara Day: Kansas City native, designer and star of the HGTV home renovation show.


Hot and humid this weekend, then a cold front Sunday night

The heat and humidity will combine to create heat index values over 100 degrees through the weekend An isolated thunderstorm is possible today, but mostly a dry weekend The chance of rain and thunderstorms increases Sunday Night-Monday with much cooler temperatures KANSAS CITY'S MOST ACCURATE FORECAST Saturday: Partly cloudy, hot and humid.


There's no tourism in Kansas City and there's nothing to do. Most things are closed, nothing to speak of at Union Station. Crown Center is dead, no festivals, nothing. Oh I forgot there's now a tour to look at graffiti and dangerous riots to attend. My mistake these things are very important to our black community and educational too. Today they will talk about the history of the fake civil war and how they removed all of the statues that are irrelevant to that era because it never happened. I wonder if they will talk about who built the Plaza? OOOPs again I forgot, no one built it, it was just part of the big bang I guess.

I know what you can do in Kansas City...Buy more ammo. Buy ammo, keep your powder dry, and be prepared to defend your life and property if you are just about anywhere south of the river.

@10:01, have you been to a Sporting Goods or Gun Store in the past six months? If you don't already have ammo, good luck - the shelves are bare, and get cleaned out as soon as anything comes off a truck!
If you're not picky, you can find a small amount of .22 Shorts or 12 and 16 Gauge Birdshot.

Being prepared means having the necessities on hand BEFORE the fan gets hit!

@10:13. I haven't been to a "Sporting Goods" store in years. I buy my ammo online, and continue to do so when I can, my latest purchase being 1,000 rounds of 9mm JHP for .43 a round, shipped. So I look for bargains when I can in this climate, even though the left would certainly call my small cache of weapons and ammo an arsenal (I call it a beginning). I could barter for years with my large cache of .223 alone. The comment was aimed (pardon the pun) largely at new gun owners and those who don't know, or willfully ignore, the dangers of certain zip codes in KC. They believe that their liberal nature is enough to insulate them from the criminal mind. It's not, as evidenced by the black-on-black crime rate. Criminals don't care if you support their race.

Too bad the KC school district has to feed the kids, too. I say if you can't feed'em, don't breed'em! Uncle Sam is not your babydaddy!