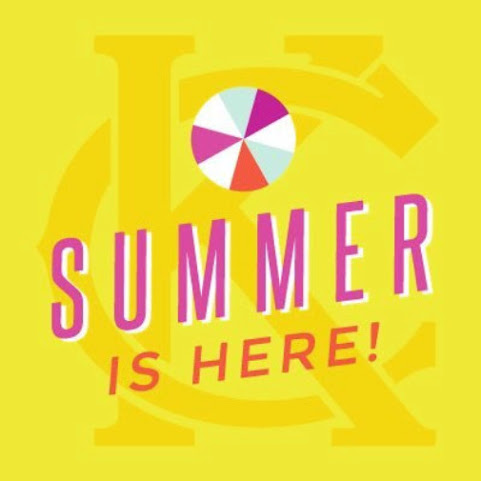 Our daily peek at pop culture, community news and info from across the nation and around the world . . .


The Great Kansas City Eat Out Continues With Corona

Paris is famed for its charming sidewalk cafés. The "Paris of the Plains" is more famous for having the most miles of highways per capita - and 40,000 downtown parking spaces - than its walkability or vibrant street life.

A Kansas City police officer is accused of having an inappropriate sexual relationship with a witness in two high-profile metro area murders. Kylr Yust is charged with murdering Kara Kopetsky and Jessica Runions. Investigators found the remains of both victims in a rural Cass County field in 2018.

KANSAS CITY, Mo. - The pandemic has put higher education institutions in a tough spot. Moving to online-only classes would mean all international students would be required to leave the country, according to Immigration Customs Enforcement.

Democratic presidential contender Joe Biden has laid out his rescue plan for the coronavirus-crippled US economy, while berating President Donald Trump as incompetent. Mr Biden said his $700bn (£560bn) plan would be the biggest investment in the US economy since World War Two.

There is no plan.

Canada On Top Of Corona

Canadian Prime Minister Justin Trudeau didn't sugarcoat it. In a news conference on Wednesday, the 48-year-old Canadian leader said his country has controlled coronavirus "better than many of our allies, particularly including our neighbor," Reuters quoted the man whose country borders just one other nation.


When It Comes To Reopening Schools, 'The Devil's In The Details,' Educators Say

Jeanne Norris is a teacher, the wife of a teacher and the mother of an 8-year-old in St. Louis. She'd love to send her son back to school in August. But, she says, "I feel like my government and my fellow citizens have put me in a position where it's not really in the best interests of our family."


Brookside's annual sidewalk sale is back

Brookside's annual sidewalk sale is back. Business owners hope it's enough to keep them afloat during the pandemic.Shoppers are back in Brookside but you can hardly say things have been a breeze lately. "We face new challenges every day," said Jan Buerge, of World's Window.

Them virus numbers aren't great, folks, so despite that we're all over it and maybe even bored of the relentlessly bad news, the virus isn't going away. The sorta bright side: There are a few ways to get out and enjoy some food and drink in Kansas City in the general proximity of others without making this whole problem worse.

KANSAS CITY, Mo. - A man is lucky to be alive today after a giant tree crashed through his ceiling and landed in his bed as he slept. "Right through the roof, into my bedroom and onto my bed," John, the owner of the home, said.

Hide Transcript Show Transcript MOKAN.AFAPARENTS.ORG. 5:49. IF YOU ARE A RUNNER OR WALKER OR OUTSIDER, TODAY MIGHT BE YOUR DAY. NICK: IT FEELS ON THE COOLER SIDE. DOES NOT FEEL HUMID. I DID FIND A LITTLE FOG I WAS TALKING ABOUT EARLIER NEAR THE DOWNTOWN AIRPORT. BUCK O'NEIL BRIDGE. 65 DEGREES.

This is the end
Of our elaborate plans

^^^ Only if your name is Jim and you're a druggie!

Because we all heard him say SOMETHING, SOMETIME, SOMEWHERE,
that sure as heck sounded like a "speech", and referenced the 4th, and looked like he was at Rushmore, and in which he said EXACTLY what the MSM say he said.

Fox News and the Wall Street Journal ask only that you believe what they say, not what you heard with your lying ears.

They're relying on their clientele not to verify anything.

Giving new meaning to the phrase: "Waking up with morning wood!"

There's no plan and there never has been a plan. Trump leadership in a nutshell.

Well, I take that back, the plan is to try and do whatever Trump thinks will get him re-elected. It's backfiring.

Hey guy, I aced my dementia test...yay me!

^^^That makes up for not being able to pass the SAT. Things do work out.

the same Buy American plan that Trump touted and didnt deliver on? Doubt Biden will either

Canada is a joke. Their healthcare is terrible and they aren't even testing people. Let's see your real numbers Trudeau. Entitled Trudeau is a fraud.

Trump lied; 133,677 Americans died. No end in sight. He's surrendered to COVID-19. Open up the schools, he says. Many more children will be hospitalized. Some will die. Parents and grandparents will die en mass as well. All will die alone on a ventilator with no family around. WINNING!

During the initial Corona virus White House press conferences, I was shocked to hear Trump speak mostly about the rising stock market and "greatest economy". I knew we were in trouble by the looks on the faces of others in the room. Trump may get covid19 and die from it himself...