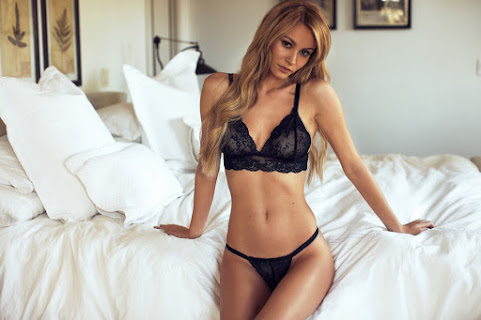 Inspired by the fashion goodness of Bryana we take peek at pop culture, community news and info from across the nation and around the world . . .

Amid record-breaking violence plaguing Kansas City, Missouri, this summer, a city-wide tradition that goes back more than 20 years returned Friday with the first Mayor's Nights event of 2020. The program aims to create a safe place for kids to interact and express themselves.

OVERLAND PARK, Kan. - After being in the hospital since April 6, Everidge Cade's sendoff at St. Luke's Rehabilitation Center in Overland Park was more than just a fond farewell. It was a celebration for the staff, the patient, and his family. Cade, 73, initially went to the hospital due to shortness of breath.


Several puppies rescued after being dumped in landfill

Some puppies are looking for a temporary home after being dumped in a landfill. These poor babies were found and taken to unleashed pet rescue and adoption. The kansas highway patrol is investigating who left them in the hot sun.

STONY-faced Bryana Holly really rocks this over-the-shoulder boulder smoulder. The 26-year-old model was recently pictured smiling with her actor boyfriend Nicholas Hoult, 30. The American beauty was spotted heading out for a walk with the Brit actor and their baby son, 23 months, in Los Angeles, last Thursday.


Roger Stone to Trump after commutation: 'Thank you, Mr. President'

Roger Stone says Donald Trump saved his life by commuting his prison sentence Friday night. "The President has saved my life," Stone said, "And he's given me the opportunity to fight for vindication." While he expressed his gratitude for Trump's decision, Stone says it didn't come as a shock.

With rising Covid-19 cases and hospitalizations sending many states backward in their reopening plans, one health expert warns that if the US continues on its current path it will reach "one of the most unstable times in the history of our country."

Editor's note: This article quotes racist, homophobic and sexist language, much of which has not been censored.


Is there a mysterious monster lurking in a Kansas sinkhole?

Sixty-seven years ago, an eighteen-year-old Mennonite farm boy from a tiny Kansas town had a lake monster in his sights. Albert "Bert" Neufeld fired two shots from his hunting rifle in a vain attempt to bag Sinkhole Sam, the greatest monster legend Kansas has ever known.

LEAVENWORTH, KS -- As the sunrise color palette trickles in over a 100-year-old building, Leigh Coffman sets up her scaffolding. The muralist starts work every morning as early as she can stand, getting an early start on the Leavenworth Main Street Association's office in the city's historic downtown.

Hide Transcript Show Transcript THAT ARE PASSING BETWEEN EMPORIA AND WICHITA AND HEADING TO OKLAHOMA. FOR NOW, WE WILL HAVE ADDITIONAL THUNDERSTORMS LATER THIS AFTERNOON. YOU CAN SEE HOW THE COOLNESS OF THE THUNDERSTORMS CHANGES THE COLOR ON OUR TEMPERATURE PROFILE. WE EXPECT IT TO GET UP TO 90 DEGREES BEFORE THE THUNDERSTORM ROLLS IN.

I like Goya Foods and buy them as well. The owner of such should be free to support who they want and the public or should I say the demorats need to stand down and shut the hell up.

^^^And yet consumers also have the right to express their opinions by supporting those whose opinions they don't find repugnant. Weird.

"Is there a mysterious monster lurking in a Kansas sinkhole?"

Quite a few have sunk their mysterious monsters in Katie's sinkhole. If ya' know what I mean.

Smart phones and computers for dumb people is our Nations curse.

"There would be very little outrage and backlash if you had to put a stamp on it and mail it in."
MyBad

8:50 the present movement you mention isn't about anything other than hate you jackass.

Maxine Waters in the sinkhole.

10:39: And so you're saying people don't have the right to boycott products when they object to the policies the makers of those products endorse?

^^^And yet no one cares even now. Weird.

GET A GRIP, MADLOCK!

Michelle Obama's Healthy Kids Lunch Program was not part of any ongoing campaign to weaken America by fomenting divisiveness and alienating our Allies while cozying up to our Enemies!

You Trumppuppets bray about Trump's strength as yet another try at the "Big Lie", ignoring his weakness and indecisiveness.

America is not fooled, but Trump's supporters are fooling themselves!

OK so trying to create more Latino jobs is divisive,you assholes need to ball up and die.

Latinos as a rule work their ass off, makes blacks look lazy in comparison. No love lost here.

^^Exactly. Latinos are 1000% better than coons, at anything.

The fomenting of divisiveness is coming entirely from the left. Their hatred of Trump is so deep and abiding that they cannot abide anyone who does not share it and they see to destroy everyone who does not comply with their sick and hateful views. The Goya CEO could give the entire left a lesson in patriotism. They would rather stick their fingers in their ears and shout nanny nanny boo boo. Weird.

^^^^And yet all they're doing is boycotting a product sold by a company whose owner expressed views they find abhorrent--just like conservatives do when they see something on TV (gay people, sex, etc.) that triggers them. Weird.