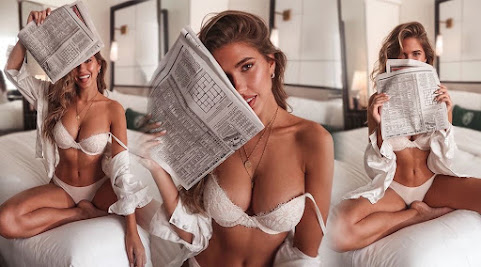 Donna Nealey is a lung cancer survivor. When she voted early in Johnson County Arts & Heritage Center in Overland Park on Thursday, she said she was particularly pleased with the safety precautions in place. "If I'm here, then I think you're pretty safe," she said.

(From Sen. Josh Hawley, R-MO) U.S. Senator Josh Hawley (R-Mo.) and Congressman Jason Smith (R-Mo.) introduced legislation Thursday in the U.S. Senate and House of Representatives to ease the burden active duty military service members face when renewing concealed-carry licenses while stationed outside of their state of residency. The U.S.

WICHITA, Kan. (KWCH) - Doctors and medical professionals working in three hospital systems in Kansas, ranked a list of 50 common activities to determine the risk of contracting Covid-19 with each activity. In all, 18 professionals from Ascension Via Christi, University of Kansas Medical Center and Wesley Medical Center took part.

On the first morning of advance voting, Johnson County's election board office had a steady stream.By midday, the state had already broken its record for advance voting on day one. Statewide, nearly 284,000 voters have mailed in, asking for an advance ballot; 100,000 of them in Johnson County."In Sedgwick County, they have about 50,000.


Screen-Grab Psycho: Are Instagram Models the Centerfold For Your Phone Addiction?

When you first joined Instagram, you probably did so to follow your friends, family members, or maybe a few of your favorite celebs. But then you stumbled upon a model's profile and realized what delicious eye candy such accounts can be.

President Donald Trump's reelection prospects continue to fall as coronavirus cases in the United States surge. The U.S. on Thursday recorded more than 1,100 deaths from COVID-19, the disease caused by the virus, and passed a total of more than 4 million coronavirus infections since the first U.S.

Conservative lawmakers blasted Supreme Court Chief Justice John Roberts after he sided with the court's liberal justices in a 5-4 decision Friday that rejected a Nevada church's request to block the state government from enforcing a cap on attendance at religious services. Sen.

The U.S. has accused Russia of testing an anti-satellite weapon in space, just months after the country was also accused of spying on an American satellite in orbit. In a statement yesterday, the U.S. Space Command said it "has evidence that Russia conducted a non-destructive test of a space-based anti-satellite weapon" on Wednesday, July 15.


World will have 710M tons of plastic pollution by 2040 despite efforts to cut waste, study says

If the world embarked on an immediate and globally-coordinated effort to reduce our plastic consumption, there would still be an estimated 710 million metric tons of plastic that will pollute the environment by 2040, new research has found.

Kansas City Chiefs starting right guard Laurent Duvernay-Tardif will opt out of his contract for the 2020 NFL season. He is the first known player in the league to do so. Duvernay-Tardif published a letter explaining his decision to Twitter on Friday night.

Hide Transcript Show Transcript IT WILL FEEL SO MUCH HOTTER THAN IT SHOULD. WE HAVE THAT WHITE SKY AS A RESULT OF THESE HIGH CLOUDS FLOATING OFF OF THE STORMS TO OUR NORTH. THOSE STORMS STAY AWAY FROM U TODAY. OUR CHANCE OF RAIN WILL COME FROM THE HEAT OF THE ATMOSPHER BOILING UP ONE OR TWO SHOWERS THIS AFTERNOON.

And yet the oath is to the office, not to the Great Pumpkin. Justices have a history of not being what the presidents who appointed them want. It comes with the territory. Weird.

Oh Katie your so fine.

That Chief who is the doctor can probe my rectum any time he wants.

He's Canadian, so it's only logical that he would be the first quit on the season.

Is Katie sport'n a push up bra now?