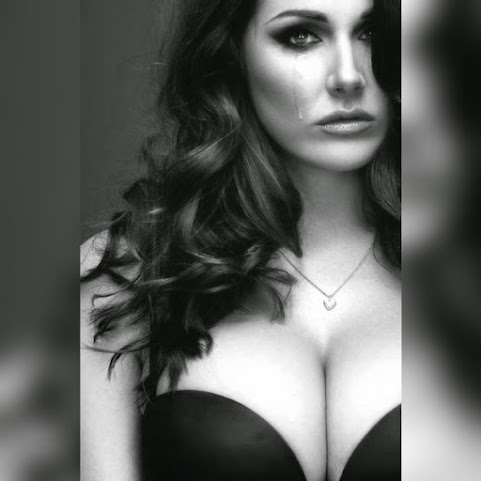 Very much like this classic #TBT rainy day song . . . We love an iconic vision of hottie Lucy relate to the death of the lad mags as it inspires this latest round of headlines from pop culture, community news and more . . .

KANSAS CITY, Mo. - Kansas City police are investigating a double shooting in the Northland. Police were called to the area of N.E. 48th Street and N. White Ave. shortly before 6:30 p.m. Thursday. When police arrived, they found two people suffering from gunshot wounds. Both victims are expected to survive, according to police.

JEFFERSON CITY, Mo. - Missouri lawmakers are currently in the middle of a special session on violent crime. With legislators back inside the Capitol for an extra session, what is it costing Missouri taxpayers? Currently both the Senate and the House are on a break from the extraordinary session until after the primary election next [...]


'I'm paying the price for it': Kansas 20 year old warns others about coronavirus

KANSAS CITY, Kan. (KSHB) - A 20-year-old Manhattan woman has been hospitalized for nearly two weeks at Kansas University Medical in Kansas City after she tested positive for COVID-19. Cecilia Erker developed a secondary infection. It destroyed most of her right lung and she's having surgery next week.


Who is Lucy Pinder?


Trump Keeps Criticizing Universal Vote By Mail. But The Nation Isn't Doing That

subscribe to The NPR Politics Podcast podcast President Trump's claims about why November's election could be marred and illegitimate shifted again Thursday, after he walked back his desire to potentially delay voting. Trump falsely claimed that the U.S. is sending out "hundreds of millions of universal mail-in ballots" and also repeated a conspiracy theory about foreign countries counterfeiting ballots.

Ben Shapiro responded Thursday to what he called the "ugly" reaction by some prominent pundits to Herman Cain's death from COVID-19. "He was a 74-year-old survivor of Stage 4 colon cancer," the "Ben Shapiro Show" host said, "and people are dunking on Cain on Twitter because, obviously, he attended President Trump's rally in Tulsa less than two weeks before being diagnosed with COVID 19."


Why Hong Kong's 'third wave' is a warning to all

Until recently, Hong Kong was considered a poster child in its handling of the Covid-19 pandemic. Despite sharing a border with mainland China, where the first cases were reported, Hong Kong kept its infection numbers down and was able to avoid the extreme lockdown measures introduced in parts of China, Europe and the US.

Telling The Tale Of EPIC Stones

The huge stones at Stonehenge in Southern England came from just 15.5 miles away, according to new research. Most of the sarsens, or sandstone boulders, came from West Woods in the English county of Wiltshire, researchers explain, citing the chemical composition of the stones.

A doubles barrage from the Royals offense and another strong performance from Brady Singer helped Kansas City avoid its first losing streak of the season in a 5-3 win Wednesday night over Detroit. The win ensured a split series with the Tigers as the Royals head home for the first time this season.

Scattered rain showers will continue Thursday evening. The overnight low will drop to 70 degrees. We should see drier skies by Friday afternoon.

If Herman stayed home, social distanced, and wore a mask - he wouldn't be dead today.

Following Trump and the GOP's instructions is what killed him.

"Look, Herman Cain was a buddy of mine. I appreciated every moment I got to spend with him and my heart goes out to him and his family for this loss.”

“Folks, we cannot, we cannot stop you from being stupid. We put the information out there. We’ve tried to educate and inform. We’ve got the best and brightest scientists in the country that have been summarily dismissed by this administration and particularly this president.”

Steele couldn’t “help your stupidity at this point, that’s your risk, it won’t be mine. So, my heart goes out to the fallen who’ve not listened. But at the same time, for those who are, take care. Wear the damn mask.”

Herman Cain died because he was a moron. He belied the Rona was a hoax and tweeted about it. He stupidly failed to wear a mask and publicly mocked those who did. He deserved to get it and die. I hope Louie Gomert follows suit. Being a willfully stupid Trumpkin kills.

^^ Go spend time with your grandmother for some perspective on life.

We will laugh when you get it.

People ignored the great plague of London too. Acted like it wasnt there. They died of course. Take the virus seriously, even take the flu seriously. One girl went to a coronavirus "party" and then died of it. Thats needless. Think of the virus in a different way - think of it as invisible poison that spreads on surfaces - you touch it and your sick or maybe will die. Viruses are not a living organism as they cannot reproduce. Its more of a protein chemical.