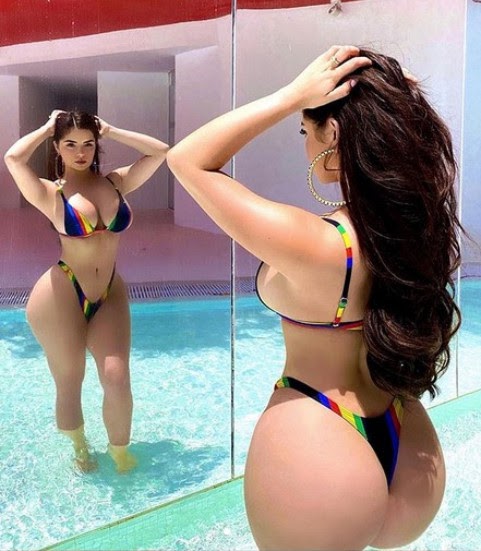 Right now, hottie Demi and her promo work for a controversial fashion brand inspire another quick peek at the discourse for right now . . .

KANSAS CITY, MO (KCTV) - The city manager's office in Kansas City is working on a plan to provide low-cost or free internet connection for everyone in Kansas City. The council passed that resolution last month. But the first day of school is only a month away and there are still thousands of students without the means to learn from home.

COLUMBIA, Mo. (AP) - Missouri Gov. Mike Parson on Monday signed a number of bills into law, including legislation to ensure free COVID-19 testing and a requirement that hospitals perform rape kits when needed. Here's a glance at what Parson approved: ALLERGY MEDICINE Local governments soon will no longer be able to require prescriptions for allergy medications including pseudoephedrine and ephedrine.

LAWRENCE, KS (KCTV) - A welcoming party just seemed right for something like this. The belle of the ball if you will, a 150-year-old ringer as old as the Lawrence United Methodist congregation itself was taken down for restoration nearly a year ago. "We had planned a big block party," Marc Ridenour said.

She is no stranger to posting sizzling bikini snaps on Instagram. And Demi Rose was delighting her fans once again on Saturday as she posed in a skimpy two-piece. The model, 25, said she was 'ready for the summer' as she donned the tiny multicoloured swimwear.


As Fast Fashion Gets Faster and Cheaper, the Giants Behind it Are Facing Scrutiny | The Fashion Law

Thanks to Nasty Gal, PrettyLittleThing, and its namesake Boohoo brand, among others, Boohoo Group has garnered itself the title of one of the fastest growing fast fashion groups in the world since it first set up shop in 2006.

White House coronavirus advisor Dr. Anthony Fauci said the United States is seeing a surge in new Covid-19 infections because the country never shut down entirely. Early in the outbreak, U.S. coronavirus cases peaked at around 30,000 new cases a day before falling and plateauing at roughly 20,000 new cases per day, according to data compiled by Johns Hopkins University.


At least this Chuck Woolery tweet controversy isn't about antisemitism

On Sunday, original Wheel of Fortune host Chuck Woolery alleged that "everyone is lying" about the COVID-19 pandemic, including the media, "most" doctors and the Center for Disease Control-a false accusation lent credence by a retweet from President Donald Trump, who is ostensibly in charge of the federal agency he's accusing by proxy of participating in a conspiracy to destroy the U.S.

The World Health Organization warned Monday that there could be no return to normality any time soon as too many countries were bungling their response to the coronavirus pandemic. WHO chief Tedros Adhanom Ghebreyesus said that if public health guidelines are not followed, the crisis will get "worse and worse and worse."

China's pursuit of offshore resources in parts of the South China Sea are "completely unlawful", US Secretary of State Mike Pompeo has said. Mr Pompeo said he wanted to make clear that Beijing's "campaign of bullying to control" the disputed waters was wrong.

A longtime worker at Taco Via at 95th Street and Antioch Road is leaving her job after 50 years.In 1971, a 16-year-old Debbie Izard started work at Taco Via in Overland Park, a job that she's held for a half century.

HARRISONVILLE, Mo. - The Cass County Health Department is still adding up all of the numbers after identifying a cluster of COVID-19 cases from a July 3 house party. Andrew Warlen, director of the county's health department, says the cluster likely started from a party hosted by area high schoolers on July 3 just south Harrisonville.

Hide Transcript Show Transcript AND YOU CANNOT GET RAIN OF A CLEAR SKY. THIS EVENING, SUNNY AND 86 DEGREES. NOT BAD IF YOU HAVE TO DO THINGS OUTSIDE OR AROUND THE HOUSE. OVERNIGHT, CLEAR SKIES AND FALLING TO 72 DEGREES. THE WIND WILL PICK UP TOMORROW. HERE IS YOUR HOUR-BY-HOUR FORECAST.

That's a lot of news to grasp, but totally worth it.

I don't understand the aastraction.

Glad Debbie at Taco Via got the recognition. She's an institution at that location. Best of luck to her in the future.

I ate at Taco Via until I found a beef bone chip in my beef burrito. That was the end of Taco Via for me 15 years ago.

Warning: Objects in mirror may be looser than they appear!!!

That is one giant Fa Tass. I threw up in my mouth a little. That behind has eaten a lot of BBQ.

Wait till Demi's huge fat ass is not as tight and starts to sag in her 30's. What a sight that will be.