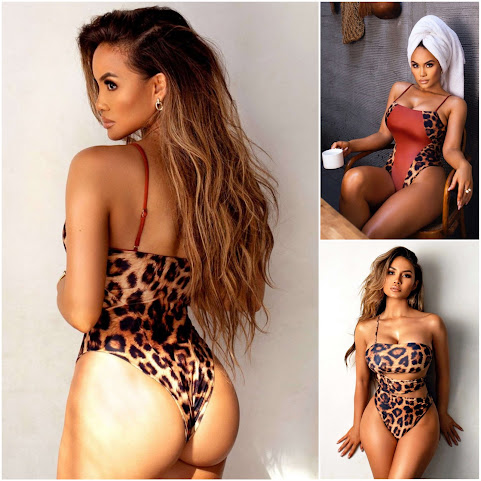 We start the morning inspired by hottie Daphne Joy and her fashionista swimwear debut and then we quickly move to community news, pop culture and info from across the nation and around the world . . .

Police say drunk driving is leading to a surge in fatal crashes this year as 52 people already have died in Kansas City accidents, compared to 36 people a the same time last year, a 44 percent increase. Three of those crashes happened over the long holiday weekend.

Behind-the-scenes work has continued on a $300 million mixed-use transformation of the former Great Mall of the Great Plains site in Olathe, though some specifics have yet to be hashed out. Discussions on the Mentum project, near 151st Street and Interstate 35, are ongoing between city officials and development team representatives, Mike Swenson, a spokesman for Loretto Sports Ventures LLC, said Thursday.

KANSAS CITY, Mo. - The Kansas City Royals organization on Sunday underwent its second round of COVID-19 testing to ensure MLB health and safety protocols are being met. Manage Mike Matheny spoke with media, explaining how players, coaches and staff would all conduct tests -- something he thinks is crucial in order to keep operations going safely.

In an unusually divisive speech for a president on the Fourth of July holiday weekend, President Trump on Friday decried a "growing danger that threatens every blessing our ancestors fought so hard for." What is it? Terrorism? Polarization? A lack of trust in institutions?

Meet The Next VP

In an impassioned press conference Sunday night, Atlanta Mayor Keisha Lance Bottoms issued a full-throated call for citizens to stop "shooting each other up on our streets," after an 8-year-old girl was shot and killed on the Fourth of July near a Wendy's that became a flashpoint of recent anti-police protests in the city.

Just two months ago, Donald Trump was warning against "bailouts" for Democratic-run states that were grappling with the financial fallout of the coronavirus pandemic.

At the end of April, video emerged from the main hospital in the Brazilian city of Manaus of bodies lined up in corridors, the victims of a sudden surge in the coronavirus. At the same time, the city began digging mass graves for hundreds of people who'd not even had the chance of treatment.


China moves to kick its exotic meat habit after COVID-19

Ou Yang is having a hard time finding snake to eat. "A very famous restaurant specialized in cooking snakes in my city already stopped providing such dishes," Ou told NBC News from Foshan, in southern China, where snake has long been regarded as a delicacy. "They are all banned now."


Sounds of the Soul | Good Vibrations

Espinoza handcrafts a wide variety of native instruments. He sees those instruments as the crucial connection allowing him to achieve harmony with the world.

When the Kansas City Chiefs won Super Bowl LIV, it was the cherry on top of head coach Andy Reid's already illustrious career and cemented his spot in the Pro Football Hall of Fame. Reid has been fantastic since he arrived in K.C.

Hide Transcript Show Transcript ARRIVING. EVERYBODY WANTS TO BE SAFE, TO BE OUT THERE IN THAT GOOD SUMMER WEATHER FOR WORKING OUT. NICK: ESPECIALLY IF YOU CAN, ALTER YOUR WORKOUTS FOR RUNNERS, CYCLISTS, EARLY MORNING. EVENINGS. THAT TIME OF THE YEAR. HAZY THIS MORNING. MUGGY. SEE THE SETTING MOON THERE.

nice effort to SQUEEZE in a bunch of info. Appreciate it.

Shithole of The Plains

Speaking of which, has gopher boi come out of his basement yet?

^^^ Sad. You accomplished so little with your life that you're spending your retirement here on a crap boomer blog. Sad.

7:26 it must drive you crazy having to wipe all those leaky butts at the matlock home for the geriatric, poor baby, maybe you should have done better with your life and got out of frogville! Hahahahaha!

Save those Confederate statues (but ignore the coronovirus deaths and the man behind the curtain)! The South will rise again!

Little late foe the Atlanta mayor to start worrying about the fact that once lawlessness and chaos are unleashed, the bad news can only get worse.
Maybe some kneeling is in order.
Of course, it hasn't worked with smiley selfies kneely Lucas locally.
As long as excuses and ridiculous notions like destroying statues of Christopher Columbus are actually taken seriously by cowardly electeds, the mobs will continue to grind toward the bottom of the worst behavior.
Be careful what you wish for.

Talking to yourself in the mirror I see. Good insight CHUD

TOP PHOTO
See, breed enough White into these monkeys and they start looking almost human!
BLACK WOMEN! THINK OF YOUR CHILDREN'S FUTURE!
Only fuck White Men!
(Yes, try long enough and even you can get one of them drunk enough.)
GIVE YOUR KIDS A CHANCE!
You can still collect Welfare from having them!