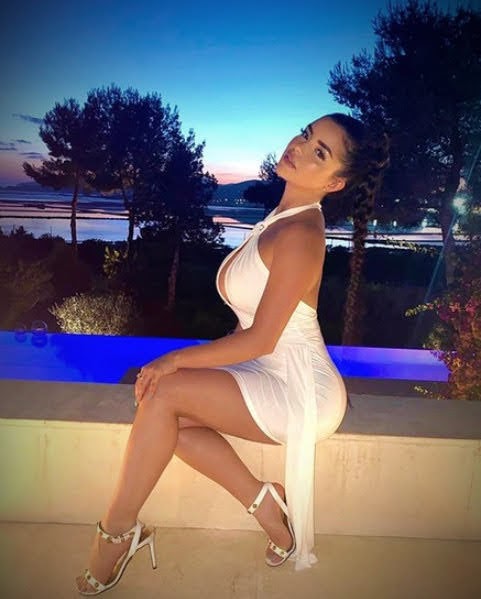 A peek at community news inspired by Instagram fashion hottie Demi as we offer an overview of pop culture, community news and info from across the nation and around the world . . .


Some industries still hiring in Kansas City despite pandemic

KANSAS CITY, Mo. - Millions of people have lost their jobs in the four months since the COVID-19 pandemic began. Many hope to return to the same job, or at least the same industry, eventually. But that's not an option for everyone.

KANSAS CITY, MO (KCTV) - Some parents are anxious to get kids back to school, others are concerned about the health risks. Monday, doctors with Children's Mercy and the KU Health System said, get the PPE and screening in place, and get them back. "We know kids need social and emotional support.

KANSAS CITY, Mo. - Authorities in Kansas City, Kansas, are searching for a person who stole an ambulance Monday afternoon. A Johnson County Med-Act ambulance was in a bay at the University of Kansas hospital when around 3:30 p.m., someone took off with the ambulance, according to a KCKPD spokesperson.

Demi Shares Fashion And Vacay Goodness With The World

She has recently been soaking up the sun during a trip to Ibiza with her friends. And Demi Rose set pulses racing once again as she shared a series of sultry snaps to her Instagram from her holiday on Sunday.


Trump tweets photo of himself wearing a mask

Speaker Nancy Pelosi and Senate Democratic Leader Chuck Schumer have demanded an all-Congress briefing from the FBI after learning of "specific" intelligence that a foreign influence operation targeted lawmakers to "launder and amplify disinformation in order to influence congressional activity."

As the US stock market has made a dramatic recovery from March lows, it has felt at times as if the market and the economy are no longer on speaking terms.

Professor Adrian Hill, of Oxford, called the latest data very "encouraging." A flurry of research, newly released by multiple manufacturers of COVID-19 vaccine candidates, provides reassuring glimmers of hope that scientists are on track to develop an effective and safe vaccine at record speed.

KANSAS CITY, Mo. (AP) - The Kansas City Royals placed right-hander Jakob Junis on the injured list Monday to allow him to continue preparing for the upcoming season after he missed the first part of summer camp following a positive test for the coronavirus.


Want to vote by mail? Deadlines are coming up fast

If you're like any of the millions of people who said they'd crawl over broken glass to vote this year, it's time to pony up. With a certain virus going around and the Missouri and Kansas primaries both happening on August 4, it's more important than ever to make your plan to vote.

Hide Transcript Show Transcript THE BOUNDARY. WE WILL SEE SPOTTY SHOWERS THIS EVENING, THEN A BETTER CHANCE, WHICH IS WHY I ADDED THE YELLOW TRIANGLE, MORE OF AN IMPACT CLOSER TO MIDNIGHT AND PRE-DAWN, KIND OF NOISY LIKE IN SOME AREAS THIS MORNING. THE FIRST PORTION OF TUESDAY, ON THE WET SIDE.

It's absolutely tragic that 140,000 people had to die before Trump decided to get on the correct side of the mask issue.

How many more need to die and how many businesses have to fail before his followers get with the program?

Every last Republican needs to be fired in November for the pain and damage they allowed to happen to this country.

^^No Boomer. He's right. You're wrong. Sit down, shut up and listen. Otherwise get off the blog. No one wants to hear from ignorant CHUDS like you! Now get your shinebox, you got run today.

Dems: I agree, kids need to get back into school, what's the plan?
Repubtards: They will go back and they will get sick.