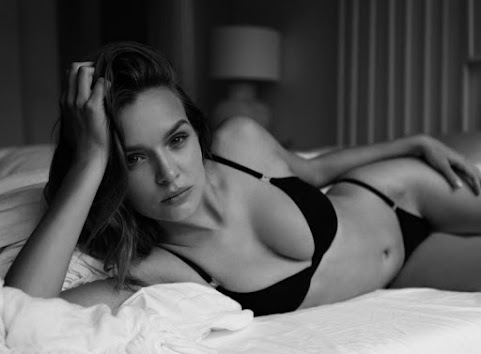 Right now, newsworthy fashionista hottie Josie inspires this peek at community news, pop culture and info from across the nation and around the world . . .

While jails and prisons have become hot spots for COVID-19 in several places around the country, including the facility in Lansing, Kansas, Jackson County Detention Center personnel have managed to avoid a large outbreak at the jail, even with instances where a handful of staff members or inmates tested positive.From a full-scale round of testing this week at the Jackson County Detention Center, just one staff member out of 305 and two asymptomatic inmates out of 706, Sheriff Darryl Forte

KANSAS CITY, Mo. - "Show some love, get to know a person you didn't meet." That was the goal at Spring Valley Park in Kansas City, Missouri, on Sunday for an event organized by District 3 Councilman Brandon Ellington. "One Love Community Engagement Series sponsored by the No More Excuses Coalition, which is an initiative out of my office," Ellington said.

T-Mobile continues to thin the ranks of former Sprint workers in Overland Park, eliminating more than 500 positions in recent weeks. The wireless carrier notified Kansas regulators on July 1 of plans to cut another 270 employees. That followed mid-June layoffs of 241 people working at the former headquarters of Sprint.

A new trend has made its way to social media platforms: Women cut open a Victoria's Secret tag and pull out a metal-like tag and claim it is a tracking chip. "Ladies, believe it or not, you are being tracked!!!!!" a June 23 Facebook post reads. "This is your Victoria Secret tags!

Nearly four years into his wild and unlikely presidency, Donald Trump managed to shock the world again. An interview with Chris Wallace of Fox News Sunday included a claim not to care what the military has to say about renaming its bases, and an argument about whether identifying an elephant was strong evidence of mental stability.

Kanye West broke down in tears, made an outrageous claim about abolitionist Harriet Tubman, had a heckler ejected and claimed his brain was too big for his skull on Sunday at the first campaign event for his bewildering presidential run.

First, health officials said we shouldn't wear face masks. Then, they said we should. Now, many are saying we must wear masks if we want to protect the economy, reopen more schools and save tens of thousands of lives.

A sex robot based on comedian Whitney Cummings sold for an incredible $100,000 (£80,000), a doll company has revealed. Mike Wilson, an employee at RealDoll, said the doll was the most expensive model the company had ever produced. Cummings previously introduced the robot on her stand-up comedy show.

European stocks are expected to open lower Monday after European Union leaders meeting at the weekend failed to come to an agreement over a multibillion-euro recovery fund for the region to help it recover from the coronavirus crisis.


As COVID-19 Upends the Industrial Meat-Processing Industry, These Local Producers Are Staying Ahead of the Pack

After standing in line for two hours, Dave Blum was growing concerned. Earlier that day he'd made the hour-and-a-half drive from his farm, Such and Such, in De Soto, Missouri, to Wenneman Meat Co. in St. Libory, Illinois, to have two of his hogs slaughtered.

As the seasons draws near, fans are starting to get acquainted once again with the KC Royals. With different roster rules, and some players having to sit out for a few weeks, either for injury or positive COVID tests, there are plenty of spots open for newer, maybe lesser known players to get a chance.

Hide Transcript Show Transcript WEATHER. REPORTER: SOME STORMS POPPING UP WE HAVE BEEN WATCHING SOME THUNDERSTORMS MOVING. CLOSER TO GRANDVIEW, YOU HAVE A THUNDERSTORM. UP TO QUARTER-SIZED HAIL. CERTAINLY PUTTING DOWN SOME HEAVY RAINFALL. LAKE WINNEBAGO AT ABOUT 5:37. THERE MIGHT BE SOME SMALL HAIL IN THAT STORM.

light rain just a bit ago. Any more and we'll see more flooding.

The real east side wants to secede from the third district, Ellington is a racist pig who does nothing outside of his neighborhood off of prospect. This clown doesn’t even know where the entire 3rd district is.

Chris Wallace just basically did his job. Ask questions and challenge statements with follow up questions. And Trump came off looking like the dumbfuck he is.

Was the interview fake news Trumptards? How we ruling on this one? Is Wallace just another hack? How do those boots taste?

At least Trump has the mental capacity to debate, unlike brain dead Biden.

Withhold judgment until Biden grants an interview that isn't pre-programmed and consists of other than powder puff questions. If he ever does - his handlers would be foolish to allow it.

^^but those cognitive questions were very hard! I bet you couldn't answer one of them the correctly. You have to identify an elephant and everything!!! LOL!!!! Hahahahahahaha!

You fucking Trumptards. Your guy makes a fucking ass of himself every time he speaks. Biden doesn't have to do shit. Just keep giving Trump rope.

Fuck the debate too. If Trump wants to debate, release the tax returns so we can see how much money he launders. Joe released his.

Ask the same question of (Mad Max) Maxine Waters, Peelousy, Hillarious, Nattler, Shitz, and if possible John POS Lewis, naw a dead multi-millionaire who represented a district in which about 25% were at the poverty level.

So, take your red herring and shove it up your ass.

12:41, "whataboutism" is a made up name for the benefit of people like you who can't cope with informal logic. What you call whataboutism is actually the "tu quoque fallacy." But it's only a fallacy if the tu quoque statement is intended to prove or disprove the point at issue. If on the other hand it is intended to show the hypocrisy or intellectual dishonesty of the opponent, it's quite proper.

Or is trying to make you understand the tu quoque fallacy akin to discoursing on quantum theory with a cranberry?

Actually "whatadoutism" is what's known as distraction, but if you want to explain tu quoque to a cranberry, that's your business.