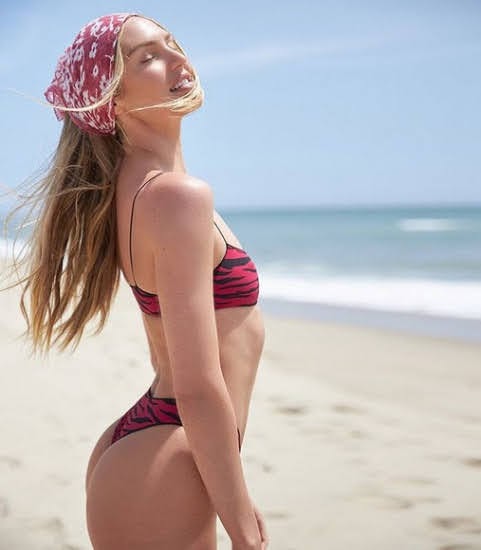 Right now angel Candice and her Summer fashion winning inspires this quick collection of local news links along with a glance at pop culture, community news and info from across the nation and around the world . . .

The Gorman Pool at 1101 NE 47th St. and the Grove Pool at Truman Road and Benton Boulevard are set to open Monday, July 13, at noon. The Kansas City Parks and Recreation Department announced the pools would be open for recreational swimming on Monday morning.

KANSAS CITY, MO (KCTV) -- Monday is the first day back for some students as they return to in-person learning at two North Kansas City schools. Crestview and Winnwood elementary offer year-round schooling in the district. Before heading into the classroom, everyone will have their temperature checked and mask on.

No Fair In Kansas

Missouri Secretary of State Jay Ashcroft is traveling the state to get the message out about the different ways to vote this year and the requirements that come with them. Missouri voters can cast a ballot in person, by absentee, and the new mail-in voting option.

She rose to fame as a Victoria's Secret Angel. And Candice Swanepoel showed off her supermodel credentials as she posed up a storm in a meadow for Instagram. In a sizzling new album she posted this Tuesday the 31-year-old could be seen sunning herself in a green gingham bikini from her own line Tropic Of C.

US infectious disease chief Dr Anthony Fauci is being targeted by the Trump administration as tensions rise between the health expert and the president. The White House has been increasingly critical of Dr Fauci, and on Sunday, an official shared a list detailing past apparent erroneous comments.


Trump retweets Chuck Woolery saying "everyone is lying" about coronavirus

Talk and game show host Chuck Woolery has sparked anger over a tweet in which he claims Democrats, doctors, and others are lying about COVID-19-but President Donald Trump agrees with him. The television personality of Wheel of Fortune fame has caused ire on social media for his views on the pandemic, which contradict those of the CDC.

The Chinese government has announced sanctions against US officials, including the Republican senators Marco Rubio and Ted Cruz, in response to US sanctions over Beijing's treatment of ethnic and religious minorities in Xinjiang province. China's ministry of foreign affairs spokeswoman, Hua Chunying, said the retaliatory sanctions would be in place from Monday, but gave no details on what they would entail.

Time Running Out For Hot App

White House trade advisor Peter Navarro dubbed TikTok's new CEO Kevin Mayer, an "American puppet" for working at the Chinese-owned social media app, in an interview with Fox Business on Sunday. Navarro also used the interview to double down on accusations that Chinese apps are gathering data on Americans and handing that over to Beijing.

The wife of a French bus driver who was beaten to death after he asked four passengers to wear face masks aboard his vehicle called Saturday for "exemplary punishment" for his killers. The assault on Philippe Monguillot has scandalized France. President Emmanuel Macron on Saturday dispatched the interior minister to meet the driver's widow after his death was announced Friday.

During the COVID-19 pandemic, several businesses have closed for good as restrictions and consumer habits have changed, affecting their bottom line. But one company bucking that trend will open in Westport, bringing an assortment of foods and concepts inside a historic building.

Hide Transcript Show Transcript FROM THE GREEN. MY GOODNESS, A BEAUTIFUL SUNRISE. WE WILL GET SOME GOOD PICTURES COMING IN. IF YOU HAVE THEM, SEND THEM TO ME ON FACEBOOK, INSTAGRAM OR TWITTER. BEAUTIFUL GORGEOUS WAY TO START THE WEEK. 60 SEVEN DEGREES, DEW POINT AND THE LOW 60'S SO IT DOESN'T FEEL THAT HUMID RIGHT NOW.

Trump might lose the political debate with Fauci. People tend to trust doctors a lot more than politicians.

Chuck Woolery guy is not funny, redundant and stupid.

Fauci is your typical government bureaucrat.

His full-time job is to protect America from epidemics and pandemics and he obviously sucks along with the CDC.

Covid-19 would have been ten times worse if Trump hadn't jumped in after seeing Fauci, Birx and the CDC were clueless on how to deal with COVID-19 pandemic.

Fauci and CDC should have developed a strategic supply of medical masks, gowns, sanitizers etc knowing the health care industry no longer keeps a stockpile of their own supplies.

Where was Fauci with directives to Democrat Governor Andrew Cuomo telling Cuomo not to murder nursing home residents by throwing known COVID-19 patients in nursing homes.

^^^^And yet you've had a tad too much Kool Aid for one day, Trumpuppet. Weird.


Woo-Hoo!!! Candice pics! Always a great way to start off the week!

Fauci isn't perfect, but I missed the times he said:

The cases are going to zero.

We have this pretty much airtight.

It will go away on it's own when the weather warms up.

Can't we just use the flu vaccine?

Hydroxoqulocine is a game changing gift from heaven. Take it.

It will just magically disappear.

We are going to open up on Easter.

Everyone that wants a test can get a test.

This is going to be in the rear view mirror by Memorial Day.

We're going to be rocking and rolling by July.

We have record breaking growth in the economy.

Using light inside the body is very interesting.

Oh yeah, Fauci never said any of these idiotic statements. Those all came from the non-doctor geniuses in the White House.