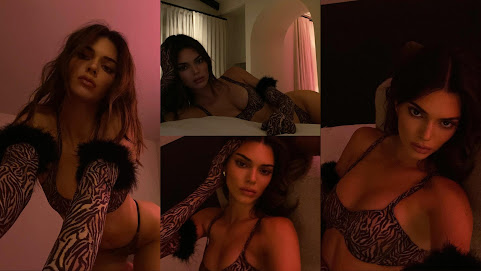 We start the early morning with Kendall's body of work promo hotness and peek at the most important links related to pop culture, community news and info from across the nation and around the world . . .

Kansas City's Steamboat Arabia Museum reopens Wednesday but questions remain about its long-term future."You pull that curtain and bang, you are in 1856," appraiser Tim Gordon said last summer.Gordon was called in to appraise the collection.The Steamboat Arabia sank to the bottom of the Missouri River in 1856.

Testing In The Dotte Cont’d

KANSAS CITY, Kan. - Every afternoon, roughly 200 cars line up around the block in downtown Kansas City, Kansas, for free COVID-19 testing outside the Wyandotte County Health Department. "It's very intense. It does take a toll on you, physically and emotionally," said Richa Jackson with the health department.

She has a makeup line dropping on Friday with younger sister Kylie Jenner's Kylie Cosmetics brand. And though Kendall Jenner was promoting the line in a series of sultry snaps posted to Instagram on Wednesday, all eyes were on her figure rather than her makeup.


Hillary Clinton hits Trump's claims he didn't receive intel about bounties on US troops: 'I would have read my damn briefs'

Hillary Clinton derided President Donald Trump on Tuesday after he claimed that he had not been informed of key intelligence on the safety of US troops despite it reportedly being in his daily briefing.


GOP-Trump fractures on masks open up

"Unfortunately this simple lifesaving practice has become part of a political debate that says if you're for Trump, you don't wear a mask. If you're against Trump, you do," Alexander said. "That is why I have suggested the president should occasionally wear a mask even though there are not many occasions when it is necessary for him to do so."

All week, millions of Russians have been voting to reform their constitution, many using polling stations set up on tree stumps, park benches and even car boots. Giant prize draws have helped entice them to the ballot, with the chance of winning everything from shopping vouchers to a car or flat.

Hong Kong police announced on Twitter that they have made their first arrest since China's national security law came into force.

KANSAS CITY, Mo. - A Kansas City officer and a metro man went head to head, running a football route on the Plaza. A couple of Chiefs players even took notice when the moment was captured on video. "I just said, 'You can't guard me,'" said Mugzy Bulljunk, who was running in the video.

RAYGUN is selling fabric masks that say, "Help Keep Patrick Mahomes Safe: Wear a Mask." The masks are a hot item in Chiefs Kingdom, selling out quickly on the store's website. They were back in stock Tuesday morning."They have been increasingly popular since we released them last week," a spokesperson with RAYGUN said in a Twitter message.

Today is a Storm Track 5 Weather Alert day due to the heat. High temperatures will climb near 90 with a heat index near 100.

Put on the mask in public, Kendall should share photos taking off the merch.

That weather woman has F 5 tits.

Of course, clowns like AOC have ZERO responsibility for public safety in New York City, so her views are irrelevant.
And that Scout Indian statue has to come down. It's characterization of Native Americans is embarrassing and dehumanizing. Sharice Davids needs to get on that issue right away.
The inmates are in full control of the asylum.

^^and yet AOC is a member of Congress, so she's NOT responsible for public safety in New York you fucking CHUD!


Send Patrick Mahomes packing. He's as bad if not worse than Kap.

Still quiet on Trump fucking over our soldiers TKC Trumptards? What's wrong, you didn't catch the talking points from Republican Senators from the Republican only meeting Trump had?

C'mon, those boots need licking. If you still support this fucking traitor after he looks the other way when Putin put bounties on our soldiers heads, what's that make you? Fucking scumbags.

Reported by MSM this morning that President Trump was NOT briefed in 2019 or until just the other day about the Russia/Taliban bounty. The is NOT BRIEFED !

^^^Reported as told by the fucking WH, which has zero fucking credibility. Newsflash, they lie constantly. Try again dumb dumb.