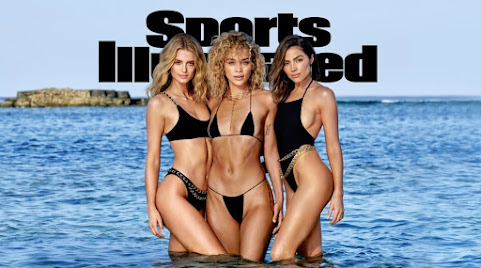 Right now we take a deep dive into pop culture, community news and info from across the nation and around the world . . .


Ahead of special session, state and local leaders split on how to slow violence in KC

KANSAS CITY, Mo. - Kansas City is seeing a spike in violent crimes this year. Now lawmakers are focused on addressing the problem. "Hopefully, we come together as a legislature and do this for the people of Missouri," Republican State Rep. Jeff Coleman said. Next week, Missouri's general assembly will hold a special session on [...]

KANSAS CITY, Mo. - Some senior citizens living in subsidized housing in Columbus Park are concerned over a recent letter from a potential buyer wanting to rehab the property. Virginia Crescente likes her apartment at Columbus Park Plaza, near Charlotte and Pacific, because it's located in the neighborhood the 72-year-old grew up in.

With schedules scrambled and plans on hold, it can be easy to lose track of time and even forget there is an election around the corner-unless you watch local TV in Kansas. Viewers across the state have been bombarded for weeks with political ads, cutting down or building up primary candidates for the U.S.


Down In The Polls, Trump Pitches Fear: 'They Want To Destroy Our Suburbs'

subscribe to The NPR Politics Podcast podcast President Trump has a message for suburban voters. And it's not a subtle one. "They want to destroy our suburbs," Trump recently warned in a call with supporters.

CHINA OUT OF TEXAS

The United States government has abruptly ordered China to "cease all operations and events" at its consulate in Houston, Texas, according to the Chinese Foreign Ministry, in what it called an "unprecedented escalation" in recent actions taken by Washington.

The United States will pay $1.95 billion for Pfizer to produce and deliver 100 million doses of its COVID-19 vaccine candidate in the U.S. if it proves safe and effective in humans, the government announced Wednesday. Under the agreement, the U.S. can acquire an additional 500 million doses, the Department of Health and Human Services added.


Poor Diet in Americans is Becoming A National Threat - TheHealthMania

Poor unbalanced diet among America's population is no secret; a country that has been battling obesity in its population for years now recognizes poor diet as a national threat. In the United States, illnesses that result from diet-related issues are increasingly becoming a problem for the nation's economy.

IT is the magazine that is never afraid to go in at the deep end once a year - and 2020 is no different. The Sun gave readers a preview of the latest annual Sports Illustrated Swimsuit Issue on Tue...

As of this writing, the video has about a million views on YouTube. Kansas City Chiefs wide receiver Tyreek Hill recently raced Pro Football Hall of Famer Terrell Owens. If you want to watch the race without spoilers, stop reading and speed up to 14:39.

Shep's Place, a sanctuary for senior dogs, has started a fundraiser to build a new artificial turf area for its canine residents.Lady, a 15-year-old terrier, has a hard time walking on uneven and hard surfaces."Four out of the five dogs we currently have have hip issues, leg issues.

Skies will at least partially clear this evening while the wind becomes calm or nearly so allowing temperatures to slowly slip into the upper 70s just prior to sunset. Overnight skies will generally remain partly cloudy while area temperatures slip to near 70 degrees by morning.

Glass Animals - Heat Waves is the song of the day, this is the OPEN THREAD right now. Keep going for more local links of interest . . .


KCPS working to ensure equitable opportunities for students during pandemic

KANSAS CITY, MO (KCTV) -- Districts are putting together plans to safely reopen schools and more health officials recommending digital learning options. But when it comes to online classes, districts are working to make sure all students have equitable opportunities. These challenges are not unique to Kansas City Public Schools.

Hide Transcript Show Transcript IF EVERYONE JUST FOLLOWS THAT WE CAN ALL KIND OF GET OUT OF THIS SITUATION TOGETHER AS FAST AS WE CAN. ALAN: IT'S THE FIRST AFTERNOON ROYALS GAME OF THE YEAR. AND EVEN THOUGH IT'S JUST AN EXHIBITION GAME FANS HEADING TO BB'S GRILL IN OLATHE TO WATCH IT.

LAWRENCE, Kansas - The dynamics of U.S. Rep. Steve Watkins' run for re-election continue to shift in the wake of felony charges filed last week after he listed a UPS storefront in Topeka as his address on a voter registration form. High-profile endorsements quickly gravitated to his top challenger in the Republican primary, Kansas Treasurer Jake LaTurner.

On Royals Opening Day, July 24, Kansas Citians team up to help kids! Fans who donate can receive commemorative Royals flags to support the Rotary Youth Camp. Buy a Flag Help a Kid! When you buy the commemorative Kansas City Royals flag your donation allows the Rotary Youth Camp to continue to offer camping experiences to disabled and disadvantaged youth.

CASS COUNTY, MO. (KCTV) --- A July 3rd party in Cass County has now been linked to over 50 coronavirus cases. The Cass County Health Department confirms that there are now at least 50 cases stemming from the same party. The party took place at a home between Harrisonville and Garden City.


As KC families struggle with pandemic and unemployment, local groups step up

KANSAS CITY, Mo. - As the coronavirus pandemic holds steady, thousands are still unemployed throughout the metro. Georgia Brown, a school cafeteria worker, stopped working in mid-March and is trying to find different ways to make ends meet. "I'm not working and still don't know if I'm going to be working with the schools not [...]

OVERLAND PARK, KS (KCTV) -- The Shawnee Mission School District plans to release a draft of its reopening plan on Wednesday. Some teachers are still hesitant about getting back into the classroom because there are a lot of unknowns about how the district will specifically protect teachers.


Mother of woman shot, killed while pushing her daughter in stroller says, "she was always happy"

KANSAS CITY, MO (KCTV) - It's been a violent year in Kansas City, but the woman who was shot dead at the 7-Eleven located at 26th and Van Brunt at 11:30 a.m. Monday was more than just the city's 106th homicide. She was 20-year-old Diamon Eichelburger, a mother to 14-month-old Belle.

KANSAS CITY, Mo. - The Kansas City, Missouri, police officer who was shot in the head earlier this month underwent a planned surgery as part of his recovery. A KCPD spokesperson said that the officer is standing up with the assistance of devices and other people and has been performing therapeutic exercises.

LAWRENCE, Kan. - Lawrence Kia customer Ryan Schuetz bought a car only to find out the loan he thought he had obtained to pay for it doesn't exist. "Had I known what I know now, obviously I would never want to do business with these people," Schuetz said.


What It Took For This Coronavirus Patient's $80,000 Air Ambulance Charge To Go Away

OSWEGO, Kansas - A vicious bout of coronavirus hospitalized Anil Gharmalkar in April. The 41-year-old got severely ill, quickly. His besieged lungs fought for enough oxygen to survive. His local hospital in rural southeast Kansas put him on a ventilator and rushed him by helicopter to the University of Kansas Medical Center in Kansas City, where he eventually pulled through.


Hy-Vee to hand out free masks to customers beginning Monday

^^^ OR maybe stop telling people what to do!

KCMO sets the world standard for stuffing their faces day in and day out with junk food.


We should be proud


Local leaders don't want to slow the violence in KC. Everyone has seen that and the proof is there. Jean peters Baker let everyone out of jail doesn't prosecute anyone, judges give mild sentences and the mayor and Chief of police praise them by kneeling to them.
The head of fiances for BLM is Susan Rosenberg who was on the FBI most wanted and also received a 58 year prison sentence for bombing around our country before Bill Clinton commuted her sentence at 16 years. she is a known communist. So this is where your city and chief of police stand. I think it's safe to say they don't want to slow the violence down they want to increase it.

Pelosi thinks masks are most effective when worn under the chin.

When the ladies reclaimed the island and turned it into a hot spot, it was da' bomb!!!

Will everyone stop "politicizing" this pandemic and agree to call the Cofefe-19 virus by its proper name?

Well, something's got to keep all that desperate plastic surgery in place.

Only two possible options with the mask. 1) covid is a miasma with a termination radius of 6'. It exists at all times in an infected person whether they display symptoms or not. It travels around the infected person whether or not they expel fluid. In this case, an N95 mask is completely ineffective, the filtration size is 10 times the size of the covid virus. Wearing a mask does nothing at all.

In the case that a mask prevents the spread of covid from mucus expulsion from an infected person, which it does, then covid is not a miasma and simply breathing does not transmit the virus, infected or not. In this case all people not actively displaying symptoms, sneezing, coughing, runny nose, would not need to wear a mask. Additionally, this also means non infected people well outside of a mortality group do not need to wear a mask. This is the best case.

Either way, it's a foregone conclusion that covid will spread throughout the nation (herd). Everybody will get it, and every body will suffer the consequences or become immune. Herd immunity. The initial mask requirement was to slow the spread, not somehow terminate transmission, magically. It transformed to that as part of the mass media fear campaign.

^^^It's long been known that the mask is not infallible but will slow the transmission. It's also not to keep you from getting the virus but to keep others from getting it.

I mean, please, tell us your source for all this stuff you just posted.

IS the annual Sports illustrated Swimsuit edition going to be all blacks or all black Trannies ? Asking for another brother that wants to be a mother. Bi-ron

Has anyone paid attention to Joco and Lee's Summit over the last few years?

Biden won't have a chance to destroy the suburbs. The Trump virus pandemic, his American carnage of rising crime and race riots, widespread small business and retail bankruptcies, and his 21% unemployment rate have already done that job.

War on the suburbs? The war is over. It's lost. Trump dropped the big one.