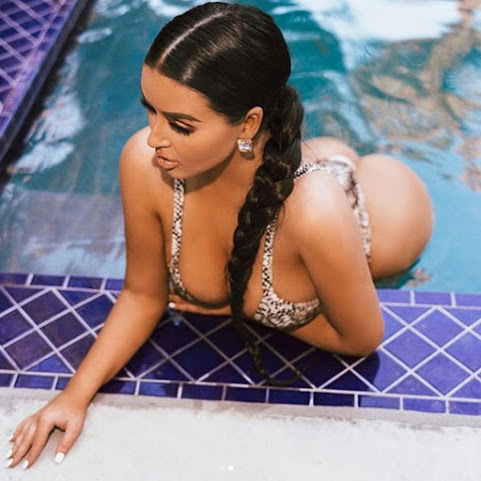 Right now we celebrate hottie Abby and her promo body of work as we check pop culture, community news and info from across the nation and around the world.

Wah-wah! Another Kansas City institution finds itself a victim of COVID-19. Planet Comicon Kansas City-the largest and longest-running comic book convention and pop-culture event in the region-announced today that the 2020 event has been canceled due to ongoing concerns surrounding the pandemic. The three-day pop-culture celebration was set to celebrate its 21st annual event at Bartle...

KANSAS CITY, MO (KCTV) -- Social workers with the Kansas City Police Department are a unique resource working out in the community to reduce crime and help support families of victims. There have been 94 homicides in Kansas City this year. Last year, there were 148.


Heat causing challenges for organizations working to help the homeless

KANSAS CITY, Mo. - In an effort to slow the spread of COVID-19, for the past four months, Hope Faith Ministries has been working outside of its building, partnering with several area organizations for its Homeless Assistance Campus.

It's not only celebrities who are lending their voices to the Black Lives Matter protests that have followed the death of George Floyd in Minnesota. Some businesses are also joining in by offering their support to the movement.

The "Sleepy Joe" thing isn't working. So the Trump team is struggling to figure out how to rebrand Biden. "'Sleepy' is backfiring and hurting Donald Trump," Ari Fleischer told the Washington Post, adding: "'Sleepy' connotes calm. It connotes quiet."

The weeklong vote went ahead despite Russia's continuing coronavirus epidemic. MOSCOW -- The Kremlin has obtained an overwhelming vote in favor of constitutional changes that will allow Russian President Vladimir Putin to remain in power until 2036, as Russians turned out to back them in a national referendum that concluded today.

Hong Kong woke up to a new reality on Wednesday, after China's central government imposed a sweeping national security law late the night before that critics say has stripped the city of its autonomy and precious civil and social freedoms, and cements Beijing's authoritarian rule over the territory.

Not Too Late To Fight Corona

While conceding missteps in the federal response to the coronavirus, Dr. Anthony Fauci said Wednesday it is not too late to avoid the dire picture he outlined in congressional testimony of 100,000 coronavirus cases a day.


Despite health director's opposition, Kansas State Fair will be held

HUTCHINSON, Kan. (AP) - Despite opposition from the state's top health director, the Kansas State Fair will be held this year. The State Fair Board voted Tuesday to have the 10-day fair in September. Dr. Lee Norman, secretary of the Kansas Department of Health and Environment, told the board before its vote that the fair should not be held because of public health concerns.

Hide Transcript Show Transcript CHECK BACK IN WITH KATIE HORNER, AND NOW WE'RE JUST KIND OF BRACING FOR THE HEAT, AREN'T WE? YEAH, IT'S GOING TO BECOME A HOT HUMID AFTERNOON, BUT THANKFULLY THE CLOUDS WE HAVE NOW WE'LL KIND OF SLOW THAT IN PROCESS.

The tweets won't save trump from defeat. he should quit.

Trumps finished. He has lost his mind. Katie looks like a fresh sunflower...

Trump's buddy Putin is in power till at least 2036 - the suspense is over!
The votes have all been counted and Putin won by 123% of the vote!
Good news for the NRA and for GOP Campaign Funding this Fall!

Trump is fucking traitor. First it was a hoax story, the Russians didn't put bounties on American soldiers, then it was, Trump was never briefed on it, then it was, Intelligence couldn't verify it (unfortunately, this is the bulk of all intelligence). The mental gymnastics that Trump supporters and the WH Admin use to justify this guy's behavior is exhausting.

Yet, the sheep continue to lick boots and defend and deflect for their dear leader. No fucking morals, no shame, no bottom.....not even our own troops in harms way.

And as of 8:13 CST on 7/2, Trump hasn't even uttered a word warning Putin this behavior is unacceptable and will not be tolerated without consequence. Nothing. Trump - for the troops my ass. What a cocksucker.

Sorry, thoroughly debunked. Washington Post is correcting itself, Pentagon says no corroborating evidence, National Security Advisor says the same, Adam Schiff was notified long ago and did nothing because everyone in the intelligence community agreed it was probably bullshit.

Calm down, little guy. A new hoax will come through soon! :)