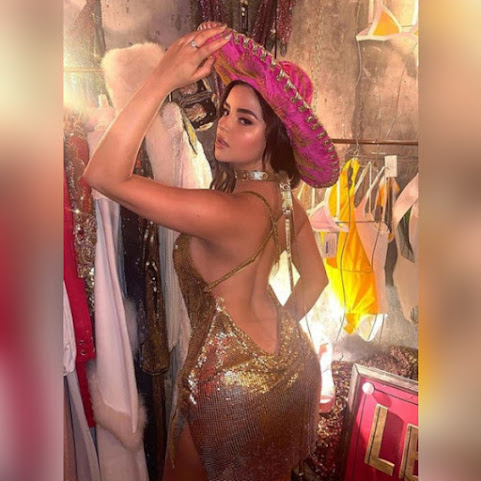 Hottie Demi inspires this peek at pop culture, community news and info from across the nation and around the world . . .


Teachers, districts take lessons from spring to apply them to remote learning in the fall

KANSAS CITY, Mo. - Mitch Cloud thinks he has the best job in the world. "This is like the best job ever! I love this job," he said. Cloud is a counselor at Fairview Elementary School in Olathe. He works with students in grades pre-k through fifth in individual, small group and classroom settings.

KANSAS CITY, Kan. - As Kansas City Kansas Public Schools teachers and administrators continue to develop a plan for the upcoming school year, they'll be doing so while looking for a new superintendent. Dr. Charles Foust is leaving the district for the same job in New Hanover County, North Carolina.

The Kansas City Parks and Recreation Department is feeling the impact of COVID-19. With parks being utilized at an unprecedented rate, crews are struggling to keep up with maintenance and trash. Several staff have been impacted directly by COVID-19, and some have had to self-quarantine for various reasons, according to the department.

The 70-year-old white supremacist had over 53,000 followers on Twitter as of Thursday.


State Department envoy on Twitter's hypocrisy on Trump and Iran leader: It's 'clear' their actions are politically-motivated

It is "clear" that Twitter's hypocritical censorship of President Trump -- and not of Iranian Ayatollah Ali Khamenei -- is about the upcoming presidential election in November, State Department deputy envoy Ellie Cohanim stated Friday.

WASHINGTON - President Donald Trump praised Dr. Anthony Fauci and Rep. Jim Jordan, R-Ohio, after the two clashed at a congressional hearing Friday over preventing the spread of COVID-19. "Great job by Jim Jordan, and also some very good statements by Tony Fauci. Big progress being made!"

KABUL/QUETTA, Pakistan - Cross-border artillery fire by Pakistan killed at least 15 civilians in Afghanistan on Thursday, Afghan officials said, prompting Kabul to put its ground and air forces on alert. The artillery fire came after clashes between Pakistani and Afghan security forces at the closed Chaman-Spin Boldak border crossing, where crowds on both sides were waiting to cross for the Muslim festival of Eid al-Adha.

At least 10 people have died after drinking alcohol-based sanitiser after liquor shops were closed in a village in the Indian state of Andhra Pradesh. The village of Kurichedu has been placed in lockdown after a local surge in cases of coronavirus.

The Drunken Worm crew; C-Wash on the right. // Courtesy Krown Concepts. The 39th Street community is reeling today at the news that beloved local bartender and genuinely wonderful human being Christopher Washington, 32, has passed away. The Kansas City staple was well known for his delightful demeanor and his skills as one of the mad scientists behind The Drunken...


August will start off with comfortable temps

Hide Transcript Show Transcript FARTHER WEST TOWARD TOPEKA. MOSTLY CLEAR SKIES LATER ON TONIGHT. TEMPERATURES FALL THROUGH THE 70'S. AT 9:00, 74 DEGREES. LOWER HUMIDITY, NOT MUCH WIND. 60'S IN THE MORNING. 76 BY NOON. COOL FOR AUGUST ON YOUR SATURDAY. HIGH TEMPERATURES, WE ARE PUTTING THEM IN THE 80'S.

Didn't take Foust long to cash in and run.

David Duke worked at the TWA overhaul base with me and he is a standup guy. I agree with all his views. You would too if you really knew what was going on in the United States - John A.

Why does Trump watch TV all day??? I voted for a businessman to get things done. He should be working 24/7 on the economy now, and he just doesn't want to do the job. It seems like everyone around him has quit too. It will only get worse with another 4 years.

I really thought he could do the job well if he wanted. It's damn disappointing. I'm not a Biden fan, but at least I know he'll get people to work on fixing the economy.


Dr Fauci is a liar. He should have told everyone to wear goggles way back when this virus started. He wouldn't admit to protesters spreading the virus but would only say crowds. He also was the one who suggested everything be shut down. Just goes to show you he's a con and who's side he is really on. Now they are trying to say Herman Cain died of the virus when the fact is he died of advance colon cancer.

Censorship Is For Pussies said...

Tony used to have a comment thread after every news story and would go weeks without censoring any comments. Maybe wittle Tony is under the weather.

No more "Tweets From A Twat"?

Foust realized that it was a hopeless situation in KCK. A lot of dead wood that needs trimmed off that district tree starting at the central office.

Not sure much about this David Duck guy but apparently while briefly belonging to the KKK as a young man he parted ways with it over four decades ago. In the meantime he was a U.S. Representative for a couple of terms. Whatever reason twitter gave for banning him it probably had more to do with his anti-zionism than any thing he ever said or did against blacks.