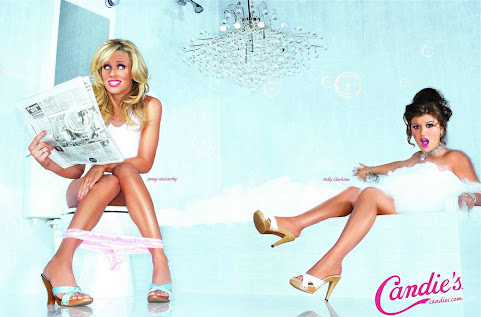 We're clearing out a lot of info in this post that's still worth consideration for our dedicated early morning readers . . . Take a whiff of headlines on pop culture, community news and info from across the nation and around the world . . .


Locals use extra time at home to clean, renovate

KANSAS CITY, MO (KCTV) -- Among the projects people have taken on at home this spring and summer is a little cleaning. So, KCTV5's Nathan Vickers took a look at how people are getting rid of old junk through yard sales or more drastic measures.

An apartment complex that used to be nothing but trouble for Kansas City police has been certified a crime-free place to live.This is Friendship Village at 56th Street and Swope Parkway. It's a place people want to live. It's full, with a three to four year waiting list.

KANSAS CITY, Mo. - Parents considering homeschooling due to the uncertainty of the COVID-19 pandemic and the upcoming school year are not alone. Christine Lopez, who lives in Johnson County, Kansas, has three children with potentially three different paths to school.

Tara Reid said Jenny McCarthy has a 'cold heart' as she looked back on their infamous 2016 radio interview. While she was on Jenny's SiriusXM show back in 2016, her hostess needled her about uncomfortable topics such as 'surgeries' until Tara finally got up and left - though not before getting in a couple jabs of her own.

A co-founder of the Federalist Society, which famously compiled a list from which President Trump selected his two Supreme Court nominees, described the president's Thursday tweet about "delay[ing] the election until people can properly, securely and safely vote" as grounds for "immediate impeachment."

The Trump administration's decision to withdraw nearly 12,000 troops from Germany has come under bipartisan attack in the Senate, amid warnings it would disrupt US alliances.

All players competing in the first game of the NBA restart took a knee and locked arms during a recording of the national anthem Thursday night at ESPN Wide World of Sports. The New Orleans Pelicans and Utah Jazz wore Black Lives Matter warm-up shirts and were joined by coaches and game officials, who also knelt for the anthem.


Obama brought up sex assault allegations against Trump at fundraiser

Obama has appeared in virtual Biden fundraisers over the last two months He has shared his fears of voter suppression and slammed the administration In his scathing series of attacks, he didn't mention the president by name Obama has mentioned Trump's 'assault's on women' and his 'racist' agenda In a chat with Illinois Governor J.B.

A misleading video about hydroxychloroquine has gone viral. Trump is back to touting the drug as a Covid-19 cure - despite evidence that it's ineffective. So why the heck is hydroxychloroquine back in the national conversation? No doubt Trump would savor the validation of winning a second term.


Peter Vermes: Sporting Kansas City were't ready for MLS is Back Tournament Quarterfinal and it's my fault

Peter Vermes didn't pull any punches after Sporting Kansas City's exit from the MLS is Back Tournament, a 3-1 loss Thursday evening against the Philadelphia Union. He took the blame for SKC lacking fight, especially in the first half, when a Sergio Santos brace and Jamiro Monteiro opener

Lemonade Park represents what might just be an answer to the dismal prospect of live music being out of our lives for the forseeable future.

Hide Transcript Show Transcript VISIBILITY. YOUR HOUR-BY-HOUR FORECAST FRIDAY, 70 IN THE MORNING WITH FOG AND MIST. THEN WE CLEAR OUT, A LITTLE SUNSHINE. TEMPERATURES STRUGGLE TO GET NEAR 80. MIDNIGHT AND BEYOND, STILL THAT SAME TREND STARTING IN MISSOURI WORKING BACK TO KANSAS. MAYBE NOT MUCH NORTH OF I-70.

Billie Eilish - my future is the song of the day, this is the OPEN THREAD. Keep going for more local links . . .

The Blue Springs School District announced Thursday that it will require students and staff attending in-person classes to wear face masks for the upcoming school year."After careful consideration and conversation with local health officials and our task force committees, we will now require cloth face masks for all in-person students and staff members for the 2020-2021 school year.

KANSAS CITY, MO (KCTV) -- The North Kansas City School District has ordered thousands of face masks to give to students and staff who need extra. There are a handful of sewing shops around Kansas City, but for an order of 25,000 adjustable, cone-shaped masks, the district turned to Alterations and Custom Sewing in Excelsior Springs.

The countdown is on to reopen schools. Area school leaders had a chance Thursday to air their concerns to the governor.Gov. Mike Parson has pushed to get students back to the classroom, but he's leaving those plans up to each district. Some districts want him to do more.Parson was at North Kansas City High School.


Shawnee man who battled COVID-19 has warning for others

A Shawnee man who spent weeks in the hospital with COVID-19 says people need to be cautious about the disease.After a business trip in March, Eric Goodman said he was not feeling so good."You know, I had a fever that morning, I was having a little trouble breathing," Eric Goodman said.

Teaching Equality In The Dotte

KANSAS CITY, Mo. - In a year where calls for change have made their way to the Kansas City metro and across the country, the Kansas City, Kansas, school district is now joining the efforts for reform.

Kansas City Rolling Hope For Clean Air For The Future

A new initiative launched today, called Stand Up For Clean Air, celebrates the 50th anniversary of the Clean Air Act and asks Kansas City residents to pledge to take action on climate change and air pollution. The American Lung Association's new effort also encourages everyone to share why clean air matters to them through the #MyCleanAirStory social media campaign.

Creamy and robust, this cheesy corn side dish is a Kansas City classic.

Hahaha! The President is a master in winding up the presstitutes and watching them lose their little minds.

^^Or get this geezer...he's a total moron, suffering from early-onset dementia, unable to think or speak clearly, can't walk without help and about to be voted out of office in an unprecedented blowout. Yep that's it!


I shed a tear for the oppressed multi-millionaire NBA players taking a knee.

Biden is still hiding from any tough questions in his basement. The guy's mind is completely gone. Watch how his campaign staff tries to get him out of the debates against Trump with the lamest of reasons or unreasonable demands.

^^and yet he's STILL going to be the next president in a landslide. Weird.

And yet Dementia Joe is kicking the shit out of Trump and it's really not even close. Funnier still! Weird. Weird and funny.

The whole election delay thing was simply a tweet made by Trumptard to distract from what was an epic shit show of a day all the way around for Trump.

5 Years of Economic Growth - Poof....gone
Herman Cain - dead due to COVID...acquired at a Trump rally
News of staffers inside Trump's and other Republican politician's offices being told NOT to wear masks to work as COVID continues to infect.
COVID continues to spread

Biden is already brain dead. In California, everyone talks about how Kamala Harris, his probable VP, slept her way to the top of politics there. How noble.

The Dems want to load the mailboxes with ballots from illegals and dead people so Biden wins. They've already shown over the last four years that they don't care about justifying their means to get Trump out of office. The fact that Trump is still in office proves just how false their charges against him were, but yet American taxpayers had to pay the price for the stupid Mueller Report and other responses to fake charges. Can't wait for the Durham Report to show just how corrupt Obama, Biden and other Dems were in trying to hamper and remove a duly-elected president with no regard for the truth.

^^No they don't Boomer. You're spreading false information and outright lies. Not a surprise most old, white people, traffic in them daily. This failed administration certainly does. It's what the feeble-minded do when they cannot explain why everybody hates them and they always lose. I can't wait for the imaginary Durham report either! About how long we been waiting now? Oh, the election comes in 3 months, think it will be out before then dummy? Here's a clue: NO. No it won't. Because there isn't one dummy. It's another lie the feeble-minded tell themselves to explain their failures away. You keep waiting CHUD!

Cute 12:26 spewing the same unfounded, unsupported, no evidence at all bullshit that POTUS does. You win the best POTUS dicksucking post of the day. Congrats. Enjoy that cock.

Even Trump knows he is going to lose. That's the only reason to try to delay the election.

Winners can't wait for the date and want to sprint towards the election.

Losers make excuses and complain about "poor me".