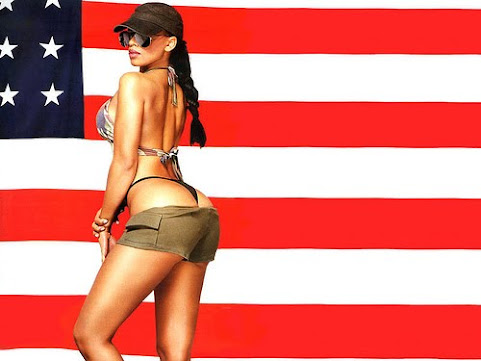 This cowtown in on the path toward a RECORD-BREAKING HOMICIDE COUNT FOR 2020 and we've already passed the century mark depending on who is keeping track.

The official murder count is closer to 97 and the next 48 hours is critical in determining our course for the remainder of this year.

July 4th weekend is always busy but an uptick in shootings and murder threaten to push this town over the precipice and into a deadly abysss. The impact of coronavirus and civil unrest sparked by protest against police serve as the backdrop to one of the most violent Kansas City has ever witnessed.

Accordingly, we compile news of local crime, mugshots and murder aftermath in this EPIC collection. Checkit:


Kansas City has seen nearly 100 homicides this year, on track for deadliest year on record

Kansas City, Mo., is on track to be have its deadliest year on record for the city with nearly 100 homicides so far this year. The youngest and most recent homicide was a 4-year-old boy who was shot after someone fired a gun into the apartment building around 2:30 a.m.

KANSAS CITY, Mo. - The number of homicides in Kansas City, Missouri, is nearing triple digits, and 2020 is on pace to be a record-breaking year. The highest number of homicides was in 1993 with 153 people killed. It's a number no community wants to see and especially frustrating for several groups trying to deter crime.


After deadly week in KC, Mayor Lucas says it's time for community to say violence is unacceptable

A Kansas City Police officer is in critical condition Friday morning - one of just two officers shot on Thursday - and the new violence comes at a time when Kansas City is on pace for one of its deadliest years ever.Kansas City Mayor Quinton Lucas said told KMBC 9 News he's having a hard time processing the violence the city is seeing."I have been mayor now going on 11 months, and it's one of the most challenging months of my life," Lucas said.

RAYTOWN, MO (KCTV) - Police in Raytown say a suspect is in custody after shooting into an officer's personal car after the officer stopped to help a woman who was fleeing from the suspect. According to the Raytown Police Department, the off-duty officer was on Raytown Road just after 6 a.m.

A Kansas City man is being charged for the non-fatal shootings of a KCATA bus driver and a KCPD officer on Thursday, July 2, at Hardesty and Independence Avenue. Justin A. Rodgers, 25, faces Assault 1st Degree for Unlawful Use of a Weapon and two counts of Armed Criminal Action, Jackson County Prosecutor Jean Peters Baker announced.

OLATHE, Kan. - Hundreds of pictures and videos, all of the same fourth grade girl. Newly released court documents show what investigators found when the looked at the phone and iPad of a former Olathe teacher. "This case highlighted a hole in the current laws in the State of Kansas," Johnson County District Attorney Steve Howe said.

A coalition of Kansas lawmakers, religious leaders and racial justice advocates called Thursday for an investigation into a retired White police detective accused of preying on Black women for sex over decades and framing for murder the son of one of them.


2 brothers charged with murder in shooting near Ruskin Way Park

KANSAS CITY, Mo. - Two men who are brothers have been charged with murder after a man was shot and killed near Ruskin Way Park in the southern part of Kansas City, Jackson County Prosecutor Jean Peters Baker announced in a statement. Terry L. Williams, 29, is charged with 2nd degree murder, armed criminal action, [...]


Woman accused of giving a man a drug that killed him

KANSAS CITY, Mo. - A Shawnee woman faces a charge of distribution causing death after allegedly giving a man a drug that killed him. Tammy Maberry, 39, made her first appearance Thursday in Johnson County District Court.

RAYTOWN, Mo. - A Kansas City man and a Grandview man have been charged in connection with the shootings that left one person injured and took the life of a 15-year-old in Raytown Tuesday night. Jackson County prosecutors charged 18-year-old Michael F. Richardson with unlawful use of a weapon, armed criminal action and unlawful possession of a firearm.

KANSAS CITY, MO (KCTV) -- Noah Winkler is wanted on a Jackson County warrant for sex offender registration violation. His original sex offense occurred during 2005 in Marshall, Missouri and involved the child molestation of a 15-year-old girl. His last known address was near 39th Street and The Paseo in Kansas City, Missouri.

OLATHE, Kan. - A Kansas City man has been sentenced to life in prison for killing one coworker and trying to kill another outside an Overland Park elementary school in 2018. Anthony Grable, 34, will not be eligible for parole for 50 years under the sentencing a Johnson County judge handed down Wednesday.

by: Brian Dulle Posted: / Updated: KANSAS CITY, Mo. - Kansas City, Missouri police have now identified the woman who was shot and killed on an ATV Wednesday evening. Police responded to the shooting just before 8 p.m. Wednesday near Red Bridge and Bennington. When officers arrived they located a woman unresponsive on the roadway.


'This is hard': Mother of murdered 4-year-old thanks KC community for support at vigil

KANSAS CITY, Mo. - As KCPD investigators continue to look for the killer of a 4-year-old, the boy's family held a vigil for him Wednesday night at Swope Park. Standing strong in front of hundreds of family and friends, Charron Powell showed her appreciation to a community that's been there for her since the tragic [...]


Witness recalls seeing shooting at Hardesty & Independence: 'What do I do?'

KANSAS CITY, MO (KCTV) - We are learning more about the officer-involved shooting that happened in Kansas City on Thursday at the intersection of Hardesty and Independence Avenue. Police cleared the scene around 3 p.m. following a major police investigation that involved an Independence Avenue bus stop.

KANSAS CITY, Mo. - The Kansas City metro has lost three people under the age of 15 to gun violence in the past week. The victims were from both sides of the state line. Early Monday morning, a 15-year-old in Kansas City, Kansas, was pronounced dead at a hospital, after someone fired into a vehicle she was in.

It's a round world and I hope KC can reject this violent surge in spite of very little leadership.

That would be nice but not likely at all. In fact, in history it has never happened before. Usually the murders start getting worse after July 4th and thru the Summer.

Snowflakes and dems along with all their millennial's give it to me attitude is the reason. They don't want to work.

Yes, they just want to do illegal drugs and buy dope from the same people committing the majority of the murders. Millies will save our earth.