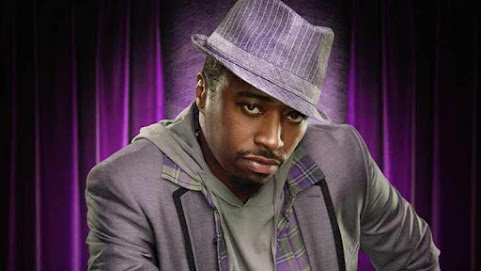 First and foremost, Eddie Griffin is hilarious and a brilliant local success story.

We're just guessing BUT this might be Councilman Ellington teaching us all a lesson by way of example about street names, political slap fighting the politics of the urban core.

Still, Mr. Ellington's explanation is worth watching for those who are curious about the issue causing more than a bit of 3rd District controversy.

Finally, this tribute might not last if anyone is willing to do a deep dive into Mr. Griffin's repertoire . . . Especially his bits about homosexuals that may not withstand the test of time. To be fair, very few people mention Richard Pryor's routine about the difference between beating black women vs. beating white women . . . And he won the Mark Twain prize for humor.

Anyhoo . . . Here's a look at the tribute that local news is too afraid to mention for now:

Somebody run this by Councilman Bunch and see if it meets his approval.

100 homicides by the middle of the year, including the murder of a four year-old boy in his own bed and clowncil members are discussing street names.
You really can't make this stuff up!

Ellington is continuing the tradition of Jermaine Reed(MBA). Being a hustler, bully, and misguided personal failure of the Council. The problem is that he appears to be in a majority in this council.
Solve crime, reduce the police.

^^and you seem like a boring blabbermouth CHUD. Weird.

Eddie says Nigga a lot. Makes fun of Homos. Seems they would be demanding the opposite. BLM/LGBT protestors must never have heard his stick. LOL

Eddie griffin is an idiot,I've seen him on djvlad talking shit,historically in accurate, on whites,on Iraq war he's just another loud mouth negro that got paid to be the Jew s puppet marionette ,,,when was the last Eddie griffin movie, undercover brother? 2002? He's just a washed up holly weirdo

^^and yet he's famous, rich and funny. You? You're here with his name in YOUR mouth. He wins easily. You lose everyday. Weird.

Yeah, in today's Cancel Culture, I'm Offended, My Feelings Are Hurt, Triggered Culture...this won't last because as soon as people take a semi-deep dive in the content of his routines it'll get shut down. A brilliant comedian he may well be (and his earlier material would have most laughing hysterically). But the days of that Richard Pryor no-holds-barred style of comedy may be getting killed off by our current sensitive culture.

^^and yet it never, ever will. Weird.

^^ Does that mean you would suck a rich and famous man's dick. Give your first born to him ? Let you fat wife spend the night with him ? What does it mean ? Worshipping a person for 2 qualities is a low class person. " he's rich " is about the dumbest statement a man can use to sum up another." it really mean nothing besides you are a failure and you're envious. Only a person as ignorant as you would not understand what your statement says about you . Weird BTW- dumb people make entertainers famous.