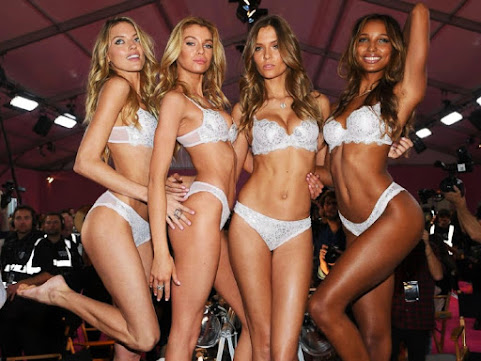 We prep for an important week and offer a FIRST LOOK at pop culture, community news and info from across the nation and around the world . . .

As the men and women of the 169th class of the Kansas City, Missouri, Police Department's Regional Police Academy continue training that began in February, 41 Action News was granted a peek into the process for preparing hopeful law enforcement officers for their careers.

Hide Transcript Show Transcript THE KANSAS 3RD DISTRICT. THAT'S MUCH OF THE KANSAS METRO. WE HAVE COMMITMENT 2020 COVERAGE ON THE RACE. THE THIRD DISTRICT DEBATE HOSTED BY THE REPUBLICAN PARTY. REPORTER: IN PERSON CAMPAIGNING IS RARE BECAUSE OF THE VIRUS. SO THIS WAS AN IMPORTANT DEBATE .

Panties Sell Out Across Pond


Next in final stages of buying UK arm of Victoria's Secret

Next is finalising a deal to take on the UK arm of the lingerie brand Victoria's Secret, which fell into administration last month. The brand, once renowned for its controversial fashion shows featuring models known as "angels", would give Next access to a potentially younger consumer.

During his interview with Chris Wallace last week, President Trump questioned whether the Democrats' presumptive presidential nominee, Joe Biden, could handle the barrage of questioning that Wallace posed to Trump. The answer to that question - at least for now - we may never know.

Israel's coronavirus cases topped 60,000 infections over the weekend as thousands of people took to the streets across the country to protest the government's handling of the pandemic and demand the resignation of the Prime Minister, Benjamin Netanyahu.


Republicans and Democrats want Mueller to testify again. They may regret it.

"I'll believe it when I see it," Sen. Richard Blumenthal (D-Conn.), a Judiciary Committee member, said in a brief interview. "I have seen nothing since that leads me to think [Graham] is actually going to call Mueller." Despite the public bipartisan agreement, there are real obstacles and risks to securing Mueller's testimony.

Excerpts from royal reporter Omid Scobie and ELLE.com royal contributor Carolyn Durand's upcoming book Finding Freedom have been running in all this weekend, and they've given the most insight yet on what led to Meghan Markle and Prince Harry's decision to step back from their senior royal family roles.

The stars of the Kansas City Chiefs have been very outspoken lately regarding the team's bright future. The comments from Tyreek Hill and Chris Jones regarding multiple titles have put the ultimate target on the franchise heading into the 2020 season.

The cold front is still on schedule and will bring rain to northern Missouri and northeast Kansas this evening. There is a chance for a few thunderstorms to make it into the metro by 10 or 11 tonight. The better chance of rain comes overnight and off and on Monday as the cold front slowly settles through the area.

I enjoy this lineup. Thanks!

There will be no Super Bowl this year.

^^and yet there absolutely will. Weird.


Look how stupid that Mahomes looks. Does he wear dentures? He looks like he's 90 years old look how big his ears are. Pretty sure he's a troll.

^^and yet he's a winner while you're here. Weird.

BREAKING--yankees -phillies game cancelled because of corona at Mariners.