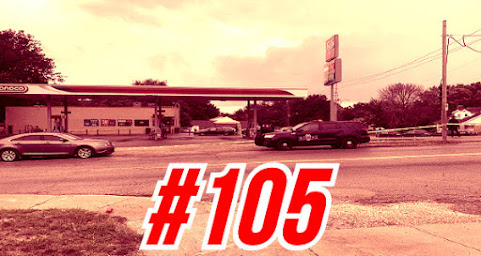 This year's homicide uptick is pushing back up to a 40% spike over last year as political plans to thwart local crime don't seem to be resonating on local streets.

"A witness on the scene told police that the victim had gotten into a dispute with another person at gas station and it led to the victim being shot."

Fox4: Shooting at gas station at 85th and Woodland leaves one man dead

KMBC: KCPD on scene of a homicide at 85th and Woodland

And this used to be a wonderful city.

If you guessed another black mayor and his name was the cleave you would be correct!

Car wash race-bating Cleaver? The one that didn't pay his property taxes? That guy?

If it's raining don't be telling me you are pissing down my back !

I have a bag full of Ukrainian Hryvnia in my basement.

Does anyone know where I can exchange it for a bag full of Quarters?

St Louis is #1 I think. We are a solid 3 after Baltimore. We beat Chicago.

He didn’t pay his property taxes and he didn’t pay back the loan on his car wash. When he got sued and got a judgment against him to pay bank the bank, he refused th pay that back. It was over a million dollars at this point. So his Congressional paycheck was garnished. What a nice look for our congressman.

Thank you Jesse Clyde for the redline. Sorry about your fountain...